The Pioneering Females Of Equity Crowdfunding

For years, the Venture Capital industry has catered to male founders living in major cities such as New York, Boston and San Francisco. Trying to break into the VC club otherwise has often been immensely challenging and downright near impossible for female founders.

According to Fortune’s 2017 study of the gender funding gap in VC, just 2.2% of all 2017 VC dollars went to female founded companies or $1.9B of the $85B in capital invested. If you add in mixed gender teams, just 13% of all funds went to founding teams with a female.

In contrast Republic, one of the leading equity crowdfunding platforms has had 44% of its startup funding go to female founder or mixed-gender teams over the past couple of years.

It’s a telling story that shows the transformational impact that equity crowdfunding can have on balancing the out-of-whack funding gap for women when it comes to starting up.

Equity crowdfunding is democratizing access to innovation capital that makes it less about who you know and more about how great your product or service is. By raising capital from all Americans, female founders are no longer at the mercy of a handful of VCs, which is having a profoundly positive impact.

In order to better understand how equity crowdfunding is improving this funding gap and helping to empower a new generation of female founders, we spoke with the inspirational female leaders involved with the equity crowdfunding platforms that are making this all possible including Republic, Netcapital, and Redcrow.

The female leaders we spoke with at the various platforms identified three key components of equity crowdfunding that contribute to improved access to capital for female founders.

The first major component that has driven more investment in female founders is the fact that the platforms are easily accessible to all founders.

As Caroline Hofmann, COO of Republic explains, “As a platform, we’re accessible — you don’t need to network your way to get a meeting with a VC. If someone has a great business and is interested in Republic, we are easily accessible.”

Reiterating that feedback is Ann Taylor, Managing Director of RedCrow who believes that as it relates to raising capital on an equity crowdfunding portal, “There are no barriers to entry or glass ceilings,” which have traditionally existed in the very closed off VC world.

The equity crowdfunding world has removed the old adage issue that, “It’s not what you know, it’s who you know” when it comes to raising capital and have replaced it with accessible platforms that are here to support the growth of new entrepreneurs rather than turn them away at the door if they don’t have a referral.

Which brings us to the second reason why equity crowdfunding helps female entrepreneurs get better levels of funding over traditional capital sources.

Females are inherently great storytellers and have been shown statistically to perform better than men in traditional rewards based crowdfunding, according to a PwC study in 2017.

Based on the study, female-led campaigns were found to be 32% more successful than male-led campaigns. Svafa Gronfeldt, an accomplished Founder herself, an entrepreneur in residence at MIT, and an early investor in Netcapital, one of the leading equity crowdfunding portals doesn’t find this to be a surprise.

She believes that once, “(Female founders) are able to reach diverse groups of investors directly, women are exceptionally good at telling their story and raising the capital they need.”

This speaks to the last identified point, which is that the level of diversity seen amongst equity crowdfunding teams and investors has also helped to drive more female founder investment.

“At Republic, we have a fairly diverse team and are receptive to a fairly diverse set of startup ideas. When you build a platform in this way, the founders you support are inherently more diverse,” says Hofmann from Republic.

And diversity is measured along many dimensions including geography, gender, ethnicity, etc. It is especially important that female founders have the ability to raise capital from other females, which are scarce in the VC world.

“Each platform improves access to capital for female founders…(Now) women can invest in other women and raise capital on the merit of their ideas,” says Mary Kate Meedzan, who manages Ops at Netcapital.

Through improved access to innovation capital, the ability for females to convey compelling stories to a broader audience, and improved diversity amongst the teams and investor bases of equity crowdfunding platforms, we are seeing tremendous improvement in the capital funding gap between men and women.

However, the other challenge that these women are helping to improve is encouraging more female entrepreneurs.

When I asked the question to the group of what they thought we needed to do to inspire more female founders, they largely all felt the same way. But I was interested in Hofmann’s response of Republic because it highlighted a fact I was unaware of.

What she said was, “I don’t think that we necessarily need to inspire more women to become entrepreneurs as much as we need to support those who have decided to go down that path. In 2016, 40% of new entrepreneurs in the US were women.”

It quickly became apparent to me that I was completely wrong about the need to inspire more female entrepreneurs. Instead, this is an issue of empowering those who do decide to pursue entrepreneurship by providing the tools and resources needed to succeed.

The biggest component everyone agreed on as it pertains to empowering female entrepreneurs is that we need to ensure we, “are providing the tools and resources needed to facilitate open, equal access to capital and opportunity,” says Taylor of RedCrow.

In a similar essence, Gronfeldt said, “We can support them (females) by ensuring they have the same access to funding as their male counterparts…Women cannot wait for the venture capital culture to change.”

In addition to ensuring we provide accessible capital resources through equity crowdfunding portals, we also need to make sure that we do highlight stories of successful female entrepreneurs to ensure a depth of mentors for future leaders.

“Personally, as a young woman, I find myself feeling empowered when I see the number of amazing female entrepreneurs come through our platform. Not only are these women brilliant and inspiring, but they’re extremely relatable which is so powerful to witness,” says Meedzan of Netcapital.

It makes sense because going down the entrepreneur path is scary enough when you have the people and resources around you. Believe me, I can attest to this fact being a founder myself who has so many terrific mentors and support systems around me. And even still the path of entrepreneurship can be fraught with challenges.

Encouragement and signals of similarity are so helpful when pursuing this path. Gronfeldt, put it best when she said, “We need a wide range of role models and mentors across industries inspiring women and other marginalized groups by demonstrating it can be done and the perks of being an entrepreneur are worth facing despite the fear of failure and risk taking associated with entrepreneurship.”

By empowering the next generation of female founders with the capital tools and mentorship tools we can usher in a new age of innovation that we would otherwise miss out on.

Hopefully, these moves can help to make tech look more representative of all of us, which will ultimately drive better societal outcomes.

Why Working In Equity Crowdfunding Is Great

One of my favorite things about getting to know all of these amazing individuals so well is that they are all in the business of tech and specifically equity crowdfunding for the right reasons.

Be it Taylor of Redcrow, who is “grateful for technology as a tool to facilitate engagement, collaboration, connectivity, feedback, validation, influence and IMPACT,” and who feels that it is a, “privilege to be part of the collective dialog and think tank – at least as it relates to crowdfunding, and financial services at large.”

Or Hofmann who loves working in tech because, “Tech, in general, can solve so many urgent problems, and startups that have raised on Republic have created impactful technologies that can increase quality of life and even save lives.”

And at the heart of it for Hofmann it is all about the idea that, “technological breakthroughs are arguably our biggest hope when it comes to making this world a better place for everyone.”

Lastly, and perhaps the reason that equity crowdfunding and tech in general is so powerful is that “The possibilities when using technology are endless, and it’s a resource that requires the input of multiple, diverse voices,” says Meedzan of Netcapital.

That focus on diversity of opinion and voices is what this movement is all about. Needless to say there is an energy and focus in all of these amazing individuals who are shaping the future of tech and social change by investing their careers in a truly transformative new market model for startup investing.

I have so much confidence and excitement around what all of these individuals are doing both for bringing about forward movement in improving funding for female founders, but also in just shaping future innovation to be more representative of all of us.

Ultimately, that is the most powerful outcome of equity crowdfunding. Step-by-step these ladies are the innovators who we will look back on and be thankful for over the next ten years for bringing about the change we want to see in the startup community.

If you’d like to learn more or have questions, please reach out to us at hello@kingscrowd.com Prioritizing Product DifferentiationIn my past career as a strategy consultant,… ... About that whole “Season of Giving” thing…

With the holiday season firmly behind us, and maybe some… ... 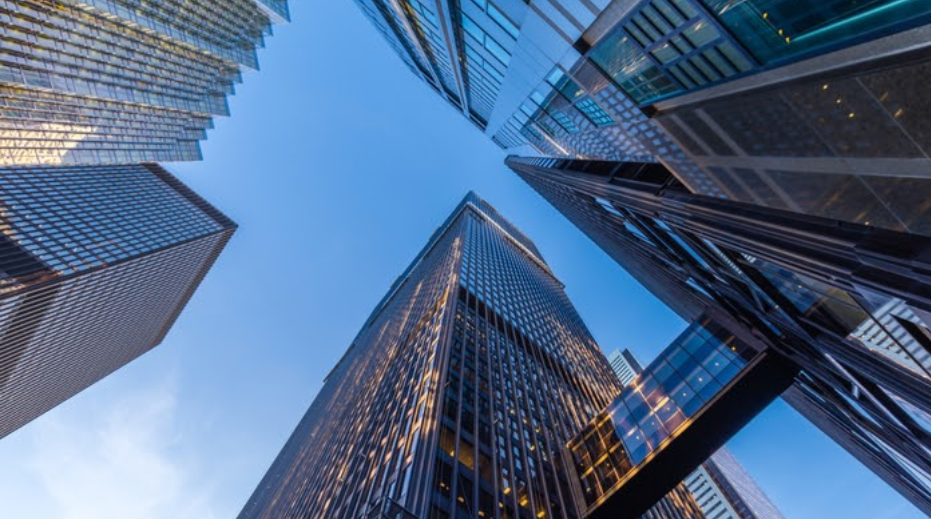 How to Invest In Startups and Where to…