Note: this is the second of four articles on best practices in early-stage investing.

Links to the rest of the series: Part I, Part III, and Part IV.

Welcome back to our series on the common missteps that investors make as they learn to navigate the world of early-stage investing!

If you haven’t yet done so, I recommend that you read Part I of this series. It covers Conceptual Approaches to early-stage investing and serves as a foundation for the rest of the series.

For individuals who are totally new to the world of early-stage deals, the first tastes of venture deal flow can be intoxicating.

Each new investment opportunity presented by a local investment group or on an online platform seems practically certain to become the Next Big Thing. This can give inexperienced investors an overwhelming urge to invest in every single deal. They fear missing out on the amazing returns that each opportunity appears to promise.

Actually, the desire to invest in every deal that comes along isn’t as ill-advised as it might sound! As I discussed in Part I although the majority of these initially promising startups will end up failing, the winners tend to win so massively that being promiscuous (investing in an abundance of deals) is a surprisingly sound strategy.

Now, it’s also true that investing in literally every early-stage deal that one encounters isn’t feasible for most investors. There are people who have tried this approach, and they’ve had interesting results. However, the typical early-stage investor has a constrained budget for early-stage investments. That makes it necessary for them to be somewhat selective.

One of the most important insights for early-stage investors to grasp is that selectivity is crucial. It’s not only crucial at the level of assessing individual investments, but also in terms of what sources of deal flow one uses in the first place.

Our article today outlines some of the errors that those who are new to early-stage investing might make as they work to assemble sources that can be a reliable pipeline of investable deals.

Mistake 1 – Failing to Use Multiple Platforms

Thanks to the JOBS Act, both accredited and non-accredited investors can back early-stage opportunities through a vast ecosystem of equity crowdfunding sites. A simple Google search quickly confirms the abundance of choices. Accredited investors have access to an even broader set of accredited-only platforms and communities.

Amidst this abundance, investors should resist the urge to restrict themselves to any single deal platform — or other deal flow provider — as their sole source of early-stage investment opportunities. There’s simply no reason to confine one’s deal flow to a solitary source.

That’s not to say that all investing platforms are created equal. There are plenty of low-quality crowdfunding sites and services out there. Discerning investors will eventually learn to distinguish between platforms that consistently produce promising investment opportunities and outfits whose deal flow quality is marginal at best.

In the very earliest days of a new startup investor’s journey, a good approach might be to start with a broad initial funnel of at least, say, eight to 10 sites. Unpracticed investors would be well-advised to take the time to review EVERY deal currently available on EACH of those sites during a given week. This high-volume comparative review is an excellent way to develop a sense for the sheer variety of dealflow available. It also allows investors to become familiar with the idiosyncrasies of how each platform curates deals and presents them for investor consideration.

As you develop a feel for which sites are more reputable, it is reasonable to narrow down your platforms. Keep perhaps four to five platforms as your main sources for compelling deals.

Before the rise of online platforms, local angel investment groups were the most common way that early-stage investments happened. There are hundreds of such groups across the United States. They have enough geographical spread that there are one or more in practically every major US city.

Local angel groups can be a great way to kickstart one’s early-stage investor network. However, a median check size of $25,000 is typical for deals done through local angel groups. That’s quite a bit higher than the investment minimums on either accredited-only or non-accredited online platforms. As a result, these groups are primarily made up of wealthier accredited investors.

However, the biggest drawback of local investment groups is that they almost always focus on deal flow from their local urban or regional area. This historical emphasis on home-grown deals represents a severe handicap in today’s digital world. Online platforms curate handpicked deal flow from across the country — and in some cases, from around the globe. There is simply no reason for investors to restrict themselves to opportunities in their own backyard.

Early-stage investors should feel free to engage with their local angel groups. They may offer excellent opportunities to network with and learn from experienced angel investors. But when the time comes to review and assess deal flow from those local groups investors would be well-advised to complement those local deals with nationally sourced and curated opportunities.

A major appeal of early-stage investing is the opportunity to make investments when companies have extremely attractive valuations. After all, even a massive multi-billion-dollar success such as Uber offered its earliest investors the chance to buy shares at a seed-stage valuation of only $4M.

However, it’s a mistake to think that bargain-hunting must therefore be a good early-stage investment strategy. Unfortunately, some investors convince themselves that the goal of early-stage investing is to pursue the startups that are offering the most desirable terms. This is a terrible miscalculation on their part. Uber’s $4M seed-stage valuation was only attractive in hindsight — because, as it turned out, the company went on to achieve a unicorn outcome as a publicly traded worldwide success. However, at the time of its 2010 seed round, Uber’s $4M effective price was within the normal range of prevailing valuations for seed-stage deals. It wouldn’t have looked like a bargain at all.

The standard range for early-stage deals has increased somewhat since 2010. Prominent startup law firm Cooley found that in 2019, seed-stage valuations hovered around the $8M level. Most decent seed-stage deal flow will end up being valued within a fairly tight band around this range — roughly between $5M and $15M pre-money.

Investors who pick investments (or worse still, decide whether to use entire platforms or other sources of deal flow) based primarily on perceived cheapness of valuation are missing the point. Truly compelling startups are almost always able to raise capital at non-paltry valuations. If a startup’s only real selling point is the fact that it’s offering an unusually investor-friendly price, investors should ask themselves whether adverse selection may be in effect. Is the company offering fantastic terms because it wasn’t otherwise able to raise capital on its own merits as a business?

When presented with purported bargain investment opportunities, investors would be wise to remember the old saying, “You get what you pay for.”

As a way to narrow their pipeline of deals to a more manageable scale, some investors start by filtering out any deals that appear too weird, obscure, offbeat, or downright odd.

But the origins of companies that actually go on to become billion-dollar winners suggest that these investors are making a doozy of a mistake.

Indeed, some of the most storied startups of the past decade — like Snapchat, Instagram, and Tesla — made products that were all initially regarded as gimmicky, trivial, or playthings for the rich. And more than a few investors passed over these companies due to these perceptions of triviality. In doing so, they missed opportunities to score truly breathtaking multiples on their capital.

So, investors should resist the instinct to purge seemingly oddball opportunities from their initial pool of deal flow. Investors who actively cultivate sources of unusual and off-the-beaten-path deals will likely be the ones who end up enjoying superior investment returns.

The first article in our series identified some common misconceptions and errors in Conceptual Approach (namely: failure to grasp Power Law dynamics, invest in sufficient deals, set standard check sizes, and consider the possible magnitude of a startup’s success).

In today’s piece, we highlighted another set of errors — but this time, around the activity of Deal Flow Sourcing. As we’ve just seen, investors who are too narrowly focused on particular platforms or geographies, too obsessed with bargain-priced deals, or too dismissive of seemingly niche or odd business concepts are setting themselves up for failure.

In Part III, we’ll review some common mistakes made during the most fun stage of early-investing: Execution of Deals that are so compelling they’re worthy of your hard-earned capital.

Note: this is the second of four articles on best practices in early-stage investing.

Links to the rest of the series: Part I, Part III, and Part IV.

Rob Ness is the General Partner of seed-stage VC firm Asymmetry Ventures. He also runs one of the largest syndicates on AngelList, managing a community of over 1300 angel investors. Over the past decade, Rob has invested in more than 150 early-stage deals. He graduated from UC Berkeley with a triple major in mathematics, economics and interdisciplinary studies - and completed an MPA at Harvard University. 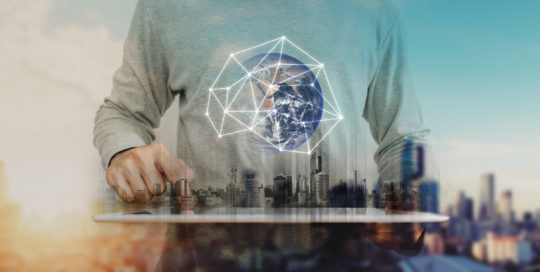 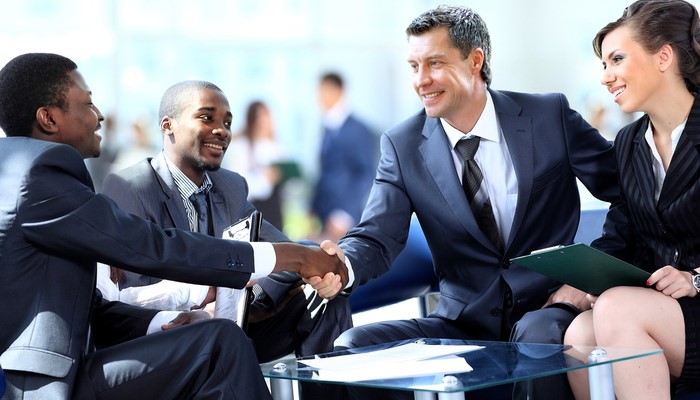 The Ultimate Guide to Security in the Equity…