Neurotez has been selected as a “Deal To Watch” by KingsCrowd. This distinction is reserved for deals selected into the ​top 10% of our deal diligence funnel​. If you have questions regarding our deal diligence and selection methodology, please reach out to ​hello@kingscrowd.com​.

The most common cause of dementia, Alzheimer’s Disease is a devastating disorder resulting in loss of memory and cognitive ability with age. The disease is progressive, meaning it only worsens with time, and to date there remains no cure.

And the disease is not uncommon. In fact, “Alzheimer’s is the sixth leading cause of death in the United States. On average, a person with Alzheimer’s lives four to eight years after diagnosis.” It is estimated that 44 million people suffer from the disease worldwide, 5.5 million of those are in the U.S. alone. The majority of these individuals, around 5.3 million, are above age 65, but around 200,000 are younger and exhibit early-onset symptoms of the disease.

Again, the disease remains to be cured, but has been extensively studied by neuroscientists across the globe. One trademark of Alzheimer’s is the presence of tau deposits in the brain causing plaques and tangles to develop in the wiring of our neurons. Accordingly, a number of treatments have been developed in an attempt at targeting these deposits, though none have been successful in curing the disorder.

Neurotez offers a solution that attacks symptoms before the formation of these destructive plaques. The drug targets Leptin, a hormone with various metabolic effects. Leptin receptors litter the hippocampus, or the center for memory in the brain, often associated with the cognitive decline that remains a hallmark of Alzheimer’s Disease.

Interestingly, cognitive degeneration in Alzheimer’s patients is often closely related to Leptin levels. The protein is present at a decreased level in these individuals, making hormone replacement therapy via Memtin, the drug developed by the Neurotez team, a logical treatment option. 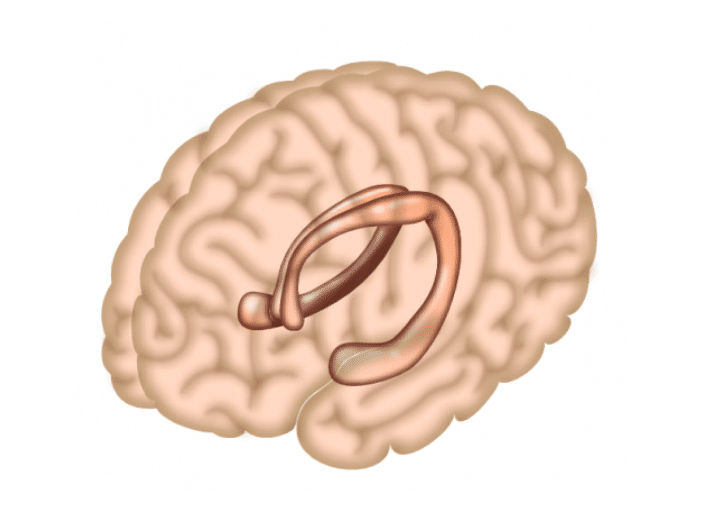 Memtin is still early in development and as the team begins to receive Series A funding, clinical trials are scheduled to begin. With three clinical trial phases (not including preclinical trials) preceding FDA approval, it can be conservatively estimated that it will take up to 10 years for Memtin to reach the market.

And chances of making it to market alone are slim. At this point, the drug is still preclinical, making investment in the team risky, but rewarding, as it offers a chance to get in at the ground floor with a potentially revolutionary treatment for a disease that plagues millions of Americans. 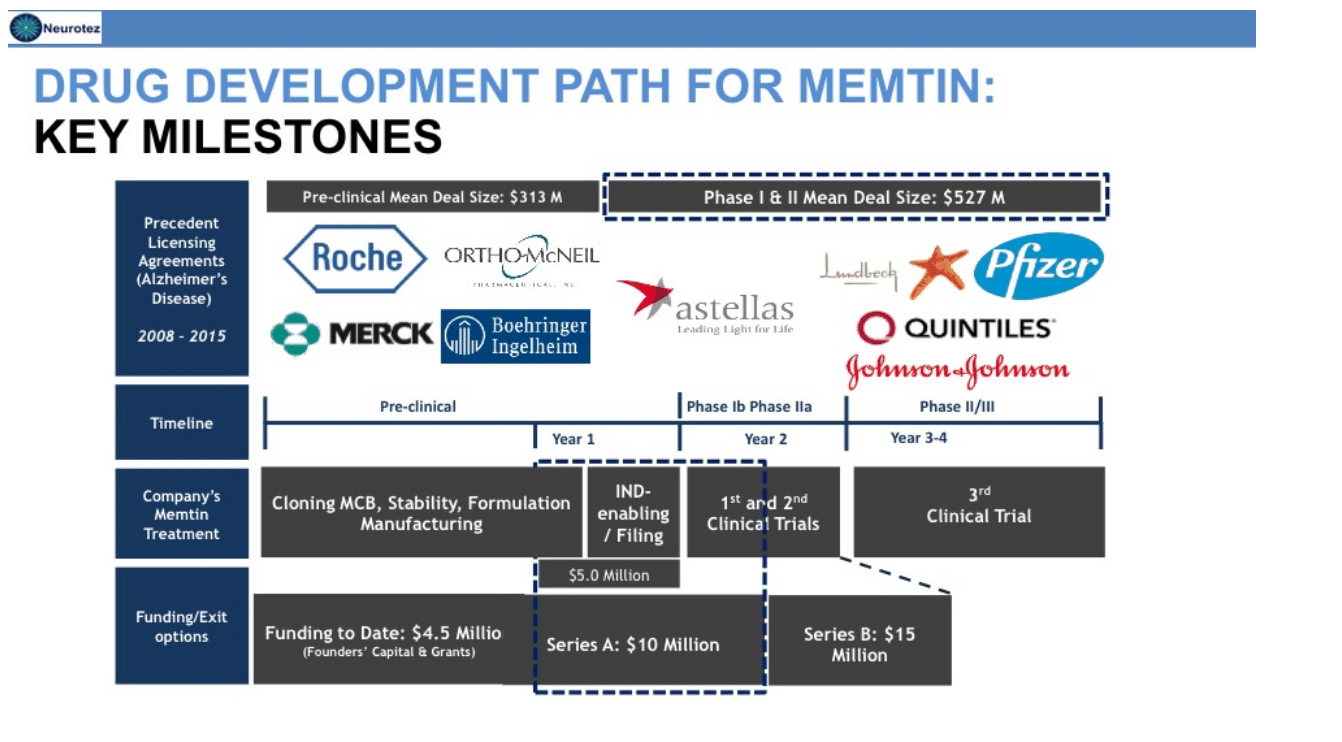 President and CEO, Nikolaos Tezapsidis, holds a PhD in Biochemistry at the University of Sussex, UK. He has several years of experience in biomedical research and has repeatedly been recognized by the Alzheimer’s Association for his efforts in researching the disease.

Cheif Medical Officer, Wes Ashford, holds an MD and a PhD in Neuroscience from UCLA and has been published over 100 times for research in Alzheimer’s alone. In addition, he serves as the Senior Research Scientist at the Stanford/VA Aging Clinical Research Center and Alzheimer’s Center.

George Perry, Chief Science Officer, holds a PhD in Marine Biology from Scripps Institution of Oceanography. He has over 1000 publications relating to AD and serves as the Semmes Foundation Endowed Chair in Neurobiology at the University of Texas at San Antonio.

The rest of the Neurotez team boasts impressive resumes in either medicine or business, rounding out the depth of its collective industry and entrepreneurial experience.

Much of the existing drugs for the management of Alzheimer’s fall into the category of cognition-enhancing medications. Few drugs target the existing pathology, and none have targeted Leptin thus far. Donepezil (Aricept), for example, is approved to treat all stages of Alzheimer’s.

Aricept works to prevent the breakdown of acetylcholine in the brain leading to improvements in cognitive functioning, but it is by no means a cure for the disease. Rivastigmine (Exelon), used to treat mild to moderate Alzheimer’s, also attempts to improve the function of nerves cells using a similar mechanism.

Again, no existing drug targets the Leptin hormone, a known deficiency in AD patients, making Memtin highly differentiated, though risky, as there is no clinical treatment by which to compare it.

Neurotez is a Deal To Watch. Investing in a preclinical drug has its risks, but the science behind the pharmacology is sound. AD patients have proven leptin deficiencies, making hormone therapy a logical solution. In addition, the depth of the team grounds trust in the product. Not only do members have extensive backgrounds in biology and neuroscience as scientists and medical researchers, many of them have been recognized specifically for their contributions to Alzheimer’s research.

In addition, Alzheimer’s is a debilitating disease that affects millions of americans. Until a cure is discovered, the already large market will only continue to grow. Getting in at the ground floor of a novel therapy could prove to be incredibly rewarding.

This is not to say that an investment isn’t risky. As previously mentioned, with three clinical trial phases (not including preclinical trials) preceding FDA approval, it can be conservatively estimated that it will take up to 10 years for Memtin to reach the market.

And chances of making it to market alone are slim. However, this approach is truly unique and heavily differentiated from any other drugs on the market. Until now, few research teams and therapeutic strategies have targeted anything outside of the tau pathology and cognitive symptoms associated with the disease.

Finally, one more immediate, optimistic, exit opportunity depends on preclinical trials. Since most of the big pharma players have moved away from developing their own drugs, they tend to acquire these teams with a mix of equity and licensing agreements, bringing them to market/distribution in just 2-3 years. A large buyout from one of these major players in the near future is not out of the question if preclinical trials go well.