The Waverly Labs team has been selected as a “Deal To Watch” by KingsCrowd. This distinction is reserved for deals selected into the top 10%-20% of our due diligence funnel. If you have questions regarding our deal diligence and selection methodology please reach out to hello@kingscrowd.com.

As a general trend, the world becomes more globalized every year. Today, there are thousands of languages spread across 195 recognized countries. These facts mean that communication today is more important than any time before. Learning a language, though, can be challenging and time-consuming. The time needed to become proficient in a foreign language rarely matches the pace required in the workplace. Waverly Labs, a proven technology company in the language translation space, believes it has the simplest and most effective solution. Enter its Ambassador Interpreter.

It is estimated that there are around 6,500 spoken languages in the world today. In the modern global economy, business success is defined by the ability to rapidly adapt to changing circumstances. As such, it can be illogical to teach employees to communicate in a language they had little to no exposure to previously. An alternative is to hire professional translators/interpreters.  But with an average annual salary of around $50,000, this option is far from inexpensive.

To address these issues, the team at Waverly Labs has created the Ambassador Interpreter. Prior to their work on it, they created the Pilot Smart Earbuds, which served as a real-time foreign language interpreter for the masses. That technology, pioneered in 2016, sold $4.4 million worth of units to around 19,000 customers just through the company’s crowd campaign. In just the three years ending in 2018, Waverly Labs has generated revenue of $8.5 million through the sale of nearly 40,000 units. Waverly Labs has now realized that there is a need for its technology in the professional space.  This led to their creation of the Ambassador Interpreter, pictured below. 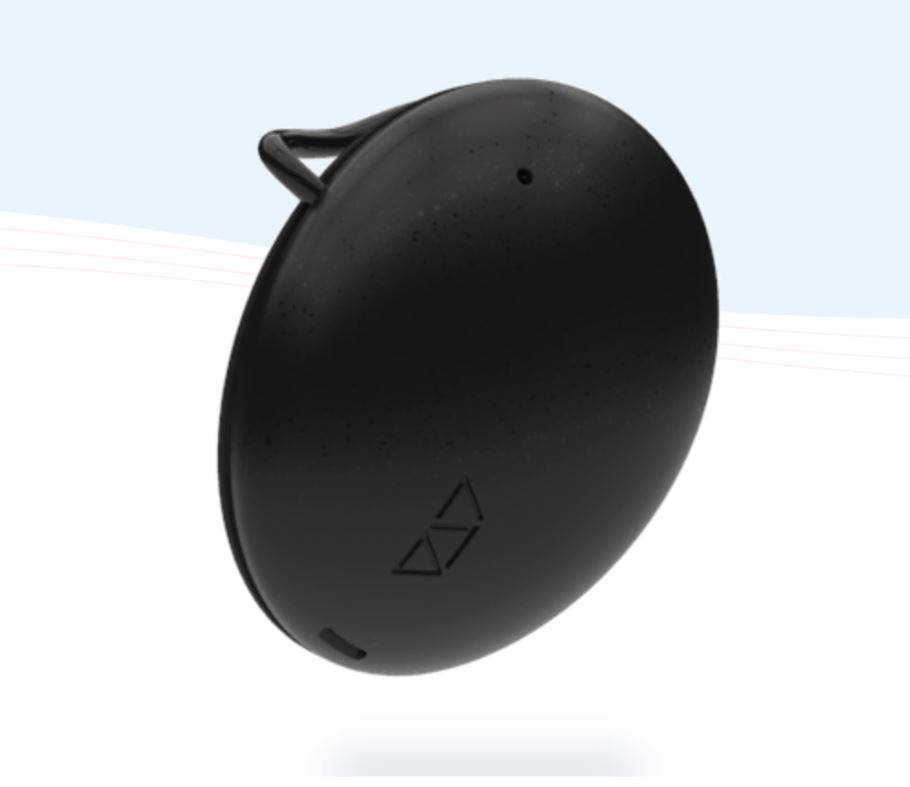 The over-the-ear interpreter is designed to solve language barriers for those facing them. When sound is overheard by the units, it is then processed and translated in the cloud. New speech reflecting the translation is then provided straight to the ear of the person wearing them. Already, management has partnered with companies like Hilton, Walmart, and Amazon for B2B testing. As a result of its efforts, it has over $500,000 worth of pre-orders for this new interpreter.

The goal of the company is to offer these devices for $149 apiece, plus monthly subscription fees ranging between $4 and $10 for each user. The subscription will allow for additional features.  These include offline translation, custom vocabularies, saved transcripts, and more. The goal, eventually, is for the recurring subscription revenue to become the bulk of the company’s cash flow. 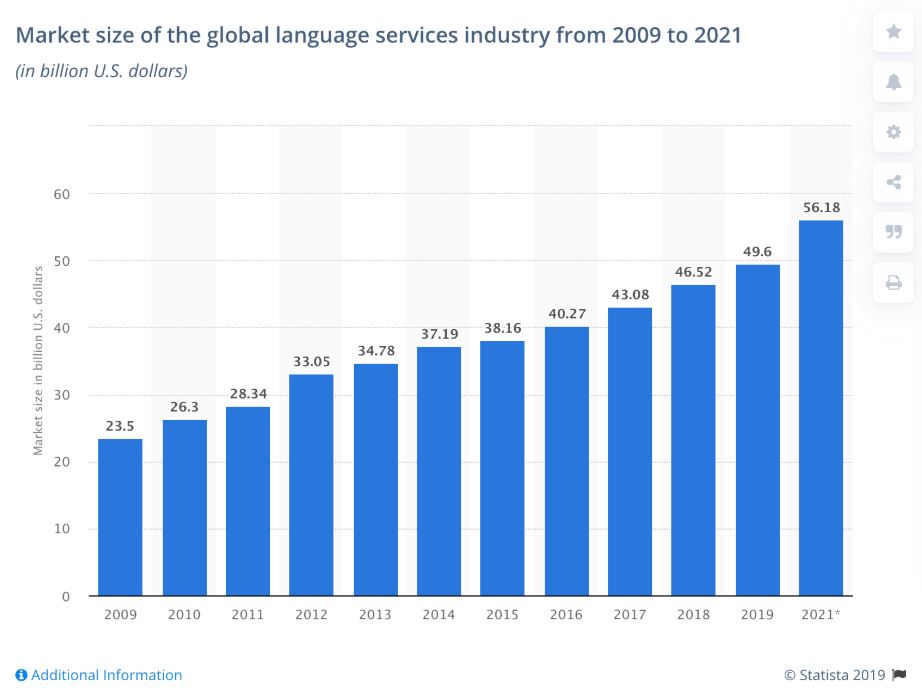 In vying for a slice of this market, there are a lot of competitors. Other players in the technology space are either out generating revenue already or are close to it. Google Pixel Buds, for instance, which start at $159, can be used for language translation. The ONE Mini is also a viable option, as its standalone device can interpret 12 different languages with 97% accuracy. At a price of between $79 (pre-order price for its next-generation release) and $99, it fits toward the lower end of the pricing spectrum. In addition to AI-powered translation, the ONE Mini offers real-time interpreters through its platform.  This comes at a charge of $2 per minute for the service. Another serious contender in the space is the WT2. This device is inserted into the ear similar to a bluetooth headset and for a price of $229 it gives its users access to 36 languages and 84 accents. This compares to the 20 languages and 42 dialects that the Ambassador can offer today.

Waverly Labs is primarily competing with technology-driven solutions.  However, traditional in-person interpreters, though expensive, are still a force to be reckoned with. Though there were only 76,100 people employed in this capacity in the US in 2018, the growth rate of the space is high. Between 2018 and 2028, the workforce in this field is forecasted to grow 19%. This far outpaces the 5% average for all other occupations. Demand will be particularly high (in the US) for those speaking French, German, Portuguese, Spanish, Russian, Arabic, and Mandarin. If this forecast is accurate, it suggests that the role of translation solutions will not be to replace traditional players in the space.  Rather, it will be to open foreign communication to the masses who previously found it inaccessible.

Waverly Labs has an extensive team that includes a Senior Software Engineer, a Back-End Developer, and an iOS Developer.  At its core, though, are Andrew Ochoa, its CEO and founder, and Sergio Delrio Diaz, its Vice President of Product. Ochoa does not appear to have significant past experiences related to this domain. His only listed experiences appear to be working in sales and product roles at multiple unnamed technology startups. Diaz, on the other hand, has more extensive documented experiences. He began working at Waverly Labs in 2014, but from 2010 to 2016 he was employed as a UX/UI Leader at Mabe. Before that, he worked as a Commercial Director at Fabrica Ecologica.

This particular crowd raise is straightforward. The goal of management is to close a round of between $9,997.80 and $534,998.20. In exchange for this cash, investors will receive Class C Common Stock in the enterprise, resulting in a pre-money valuation of $13.992 million. Shares are priced at $3.80 apiece, but the minimum amount required from any investor is $380. As of the time of this writing, the company had reached its maximum funding goal and is technically oversubscribed. However, on its funding page, the firm said that it is revising its filings in order to increase the size of this round. To what amount it will be raised is anybody’s guess, but in the firm’s prior capital raise, it brought in $1.3 million in investment proceeds.

Upon careful consideration, Waverly Labs has been rated a Deal To Watch. The company’s technology for its initial Pilot Smart Earbuds was enough to place it on an impressive sales track. Significant revenue generation caused by its sale of nearly 40,000 units proved that a market exists for its services. Revenue of $8.5 million over three years, including $6.23 million in 2018 alone, is great for a startup. This is especially true when you consider the firm’s low pre-money valuation of $13.992 million. While cash flows were negative last year, the pre-tax profit posted by the company was positive by $1.83 million.

It would be fair to point out that this is a competitive space and Waverly Labs does not have the benefit of being the first mover. But at a time when even the traditional, non-tech solutions are expanding rapidly, the opportunity for the business is real.  Capturing even a sliver of the space could be very accretive to it and its shareholders. Competitive risks do exist, but that’s the case for any firm in any industry.

The important thing for management is proving that its value proposition is attractive.  From there, if it can build up a big subscriber base, the end result should prove positive for shareholders. In all, this opportunity is not without its risks, but upside prospects materially outweigh the downside risks at this point in time.