Phaze has been selected as a “Deal To Watch” by KingsCrowd. This distinction is reserved for deals selected into the ​top 10% of our deal diligence funnel​. If you have questions regarding our deal diligence and selection methodology, please reach out to ​hello@kingscrowd.com​.

Billions of dollars each year are converted from cryptocurrency to cash. But despite the popularity of owning cryptocurrency, withdrawing crypto and transferring it to cash remains tedious and expensive. In fact, “at one point in December, a bitcoin transaction fee was more than $50.”  Not to mention the length of the process; “registering and verifying your identity can take a few hours or even a few days.”

Specifically, the process by which a cryptocurrency like bitcoin is translated into an item, say a television, is cumbersome and involves several steps. This is especially true of less popular currencies, altcoin for example. To get from altcoin to the TV, the altcoin must be traded for bitcoin, which in turn must be traded for cash, which only then can be transferred to the bank hours or days later, at which point the television can be purchased.

The futuristic, decentralized world of crypto demands far less primitive conversion method—one that is both faster and cheaper.

Phaze works to eliminate fees and delays associated with crypto conversion by connecting the crypto market directly with retailers via digital gift cards. Phaze has partnered with over 1,000 retailers worldwide, including Amazon and Uber to allow users to directly and immediately convert their crypto assets into gift cards.

Phaze has integrated an API that allows users to instantly request a gift card through an existing exchange or wallet. The crypto is then wired to merchants through a global liquidity pool based on a proprietary routing system. The user receives the gift card immediately and for no added fees. Thanks to this global liquidity pool Phaze can also cross borders and currency.

To date, Phaze has successfully launched a beta platform with over $50k transacted.

CEO, Kyle Collier, has extensive entrepreneurial experience. To date, he has founded three companies, Noq, Eve Tab, and BoothPass, all of which are still active. He is very involved in the Toronto tech scene and helped launch Techstars Toronto. Kyle holds a degree in Systems Design Engineering from The University of Waterloo.

Phaze purchases gift cards wholesale at a discount and sells them at face value enabling the system to operate without any transaction fees. Phaze makes between 4-30% off of the gift card’s total value. Profits are split 50/50 with the API partner. Additionally, if users purchase a gift card from a retail partner and later click an affiliate link on the interface, Phaze receives a commission-like portion of the transaction.

Phaze is a Deal To Watch. The seasoned team is aiming to disrupt a slim portion of what is a large market to solve a proven pain point. The early traction from the beta launch is impressive, with over $50k traded and over 1,000 retail partnerships. In addition, the business model allows for both significant differentiation and promotes scalability, as no other platform offers free and near-immediate conversion.  As the company scales, the addressable portion of this $500B market will only increase.

Additionally, M&A deals in the crypto space are steadily increasing. “The number of M&A deals increased by 76% in 2017 when compared to 2016 but in 2018 it grew by 85%.” Notably, Coinsquare, a Canadian trading platform, acquired StellarX, a decentralized P2P marketplace that offered fee-free transactions. Movement in the space is definitely promising that a positive exit could be in the future for Phaze. 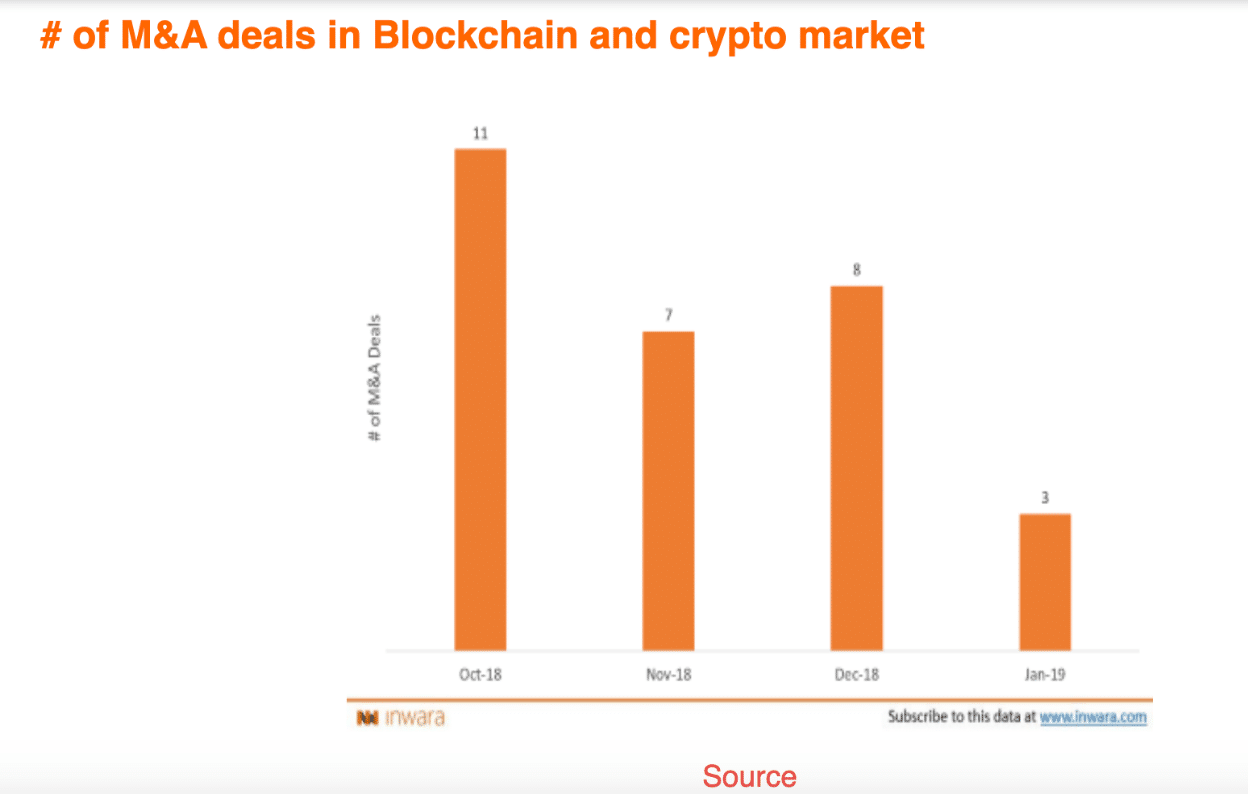 Finally, as Phaze continues to scale, it will develop a truly one-of-a-kind data set on where crypto is being spent in the retail space, making the company even more valuable and promising for potential exit opportunities.