Mammalz has been selected as a “Deal to Watch” by KingsCrowd. This distinction is reserved for deals selected into the top 10%-20% of our due diligence funnel. If you have questions regarding our deal diligence and selection methodology, please reach out to hello@kingscrowd.com.

In this age of social networking and digital engagement, community-driven content reigns supreme. From mass-market platforms like Facebook to niche players online like Twitch, the Internet is flooded with firms dedicated to user-created content. The goal, ultimately, is some mix of education and entertainment. While the mass-market firms seem pretty much entrenched these days, there are still niche opportunities out there. This is at least what the founders of Mammalz believe. The company, through its platform, seeks to encourage nature enthusiasts to share, create, and enjoy work that emphasizes all-things nature.

Today, there exists no major outlet for aspiring content creators who are dedicated to nature enthusiasm and that enables them to make a living out of this passion. There is also no community-based, nature-oriented platform on the market that features the interactive tools that younger generations of nature enthusiasts prefer. To address these shortcomings, co-founders Rob Whitehair and Alexander Finden built Mammalz.

Mammalz advertises itself as a social network dedicated to promoting content created and shared by nature enthusiasts. On its platform, users have the ability to post photos, videos, live-streams, VR, and other content. So long as it is all associated with promoting nature in some form of another. The platform enables users to enjoy shared experiences with one another. It also encourages live-chat between creators and their viewers. When individuals view user-generated content, they will be able to donate to the content creators directly. All donations occur through digital ‘seeds’, with 100 seeds amounting to $1. In addition, they will be given the opportunity to subscribe to users’ channels directly. This model is exactly the same as the one employed by Twitch. The pricing, at $5 per month, matches the amount charged by Twitch as well. This $5 charge also entitles users to an ad-free experience while they are viewing the content of creators they are subscribed to.

In September of 2019, Mammalz launched their company’s beta. Through that beta, it saw more than 1,000 monthly active users (MAUs) come on board. Of these, 20% are daily active users (DAUs), and these particular users average about one hour per day on the platform. Engagement figures are also quite high compared to some comparables the company dug up, the likes of which we can see in the image above. The site is still under development, but management does have high expectations for it. They hope that by September of this year they will have scaled to 175,000 users and will have proved their monetization strategy. A year after that, their goal is to hit 2 million users. In order to attract and retain users onto its platform, the company hopes to identify valuable strategic partners. Examples include Sony and Discovery Education.

As of this writing, there are a few ways the company hopes to monetize its platform. The most obvious is advertising. The firm actually projects that 62% of its sales will come from ads, though pegging an actual number on it before we see hard data is unwise. The firm also plans to take half of the $5 that users pay as a subscription to content creators. In addition to this, it hopes to generate revenue through tipping. When a user tips a content creator, the company will take 25% of that, with the remainder going to the individual the tip was allocated to. Though nothing else has been revealed yet, it’s likely the firm will find other ways to generate sales. This could include taking a piece of third-party content sold through the app. Premium/bundled subscriptions offering up high-quality content for users might also prove valuable. Travel plans for nature enthusiasts could also be an interesting angle for the firm.

Understanding the market that Mammalz operates in is tough. There is no ‘nature enthusiast’ industry out there. Management’s best approach was through looking at how many social network users placed the word ‘nature’ as a top-three interest on their accounts. The end result: 600 million globally. Whether or not this is accurate or even close is anybody’s guess. We decided to dig deeper to see what kind of data might exist on the market. What we discovered is that, in the US at least, the outdoor recreation market might be the closest thing we can get to what Mammalz operates in. 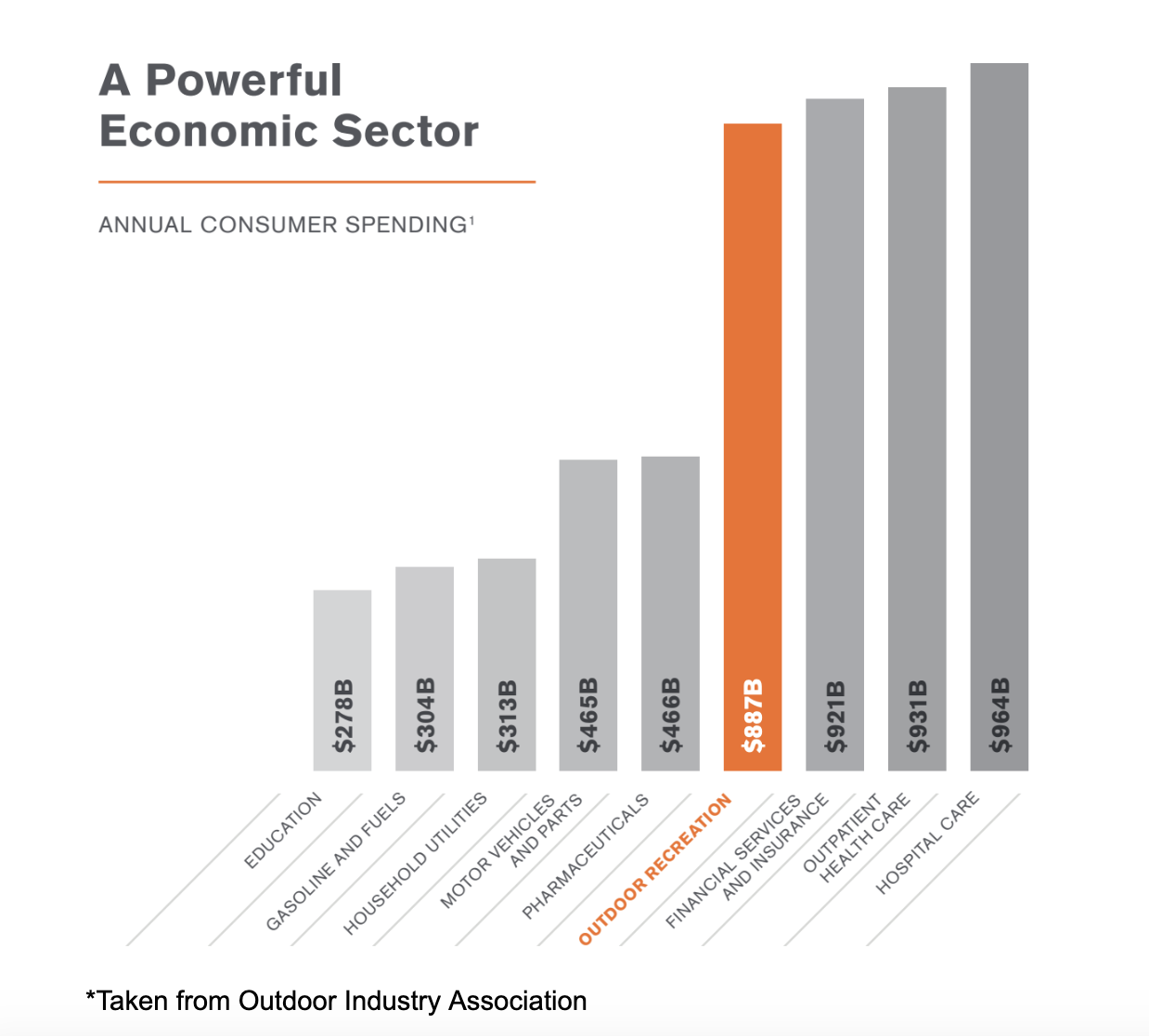 Data from industry leaders estimates consumer spending in the outdoor recreation market at $887 billion per year. Of this, $702 billion falls under the trip and travel spending category. The remaining $184 billion consists of the sale of outdoor recreation products and services. According to the data provided, the smaller wildlife watching niche is responsible for $30.22 billion in spending every year. In addition to being a significant source of spending, the space is a major source of taxes and jobs. The industry employs 7.6 million people (compared to nearly 236k jobs in the wildlife watching subsegment). On the tax side, the federal government brings in $65.3 billion worth of federal revenue from the space. State and local governments generate a further $59.2 billion from the industry. 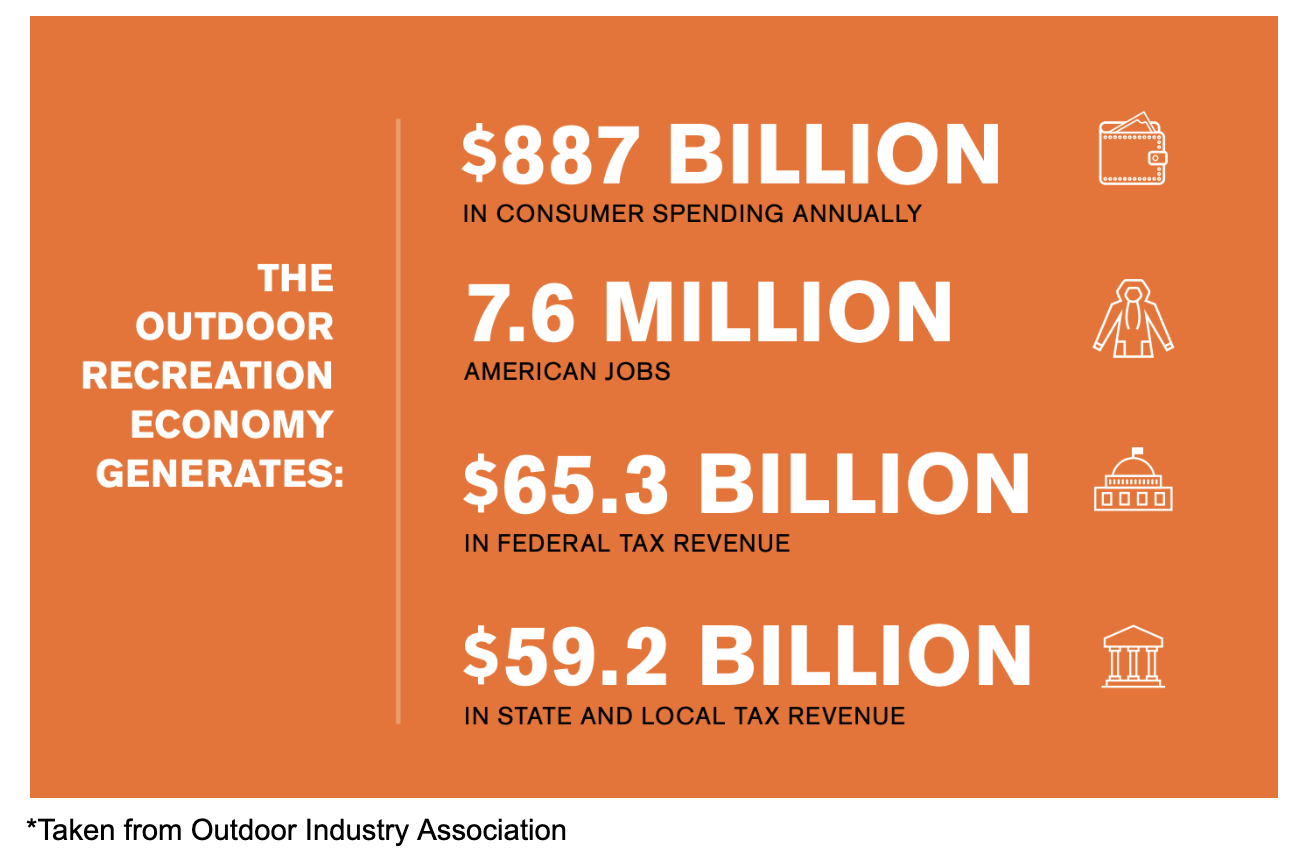 Moving away from the pecuniary picture, the data gets a little more interesting. A full 146.1 million Americans engage in at least one outdoor activity every year. In all, they account for 10.9 billion outdoor outings. Looking across the data pool, we find that the average of these 146.1 million Americans goes on 74 outings annually. 47% of them make $75,000 or more, so they tilt toward the higher echelons of the income stream. Another interesting tidbit is that they are also young. 64% of them are 44 years of age or younger. Looking at the younger generations, we find some intriguing results. 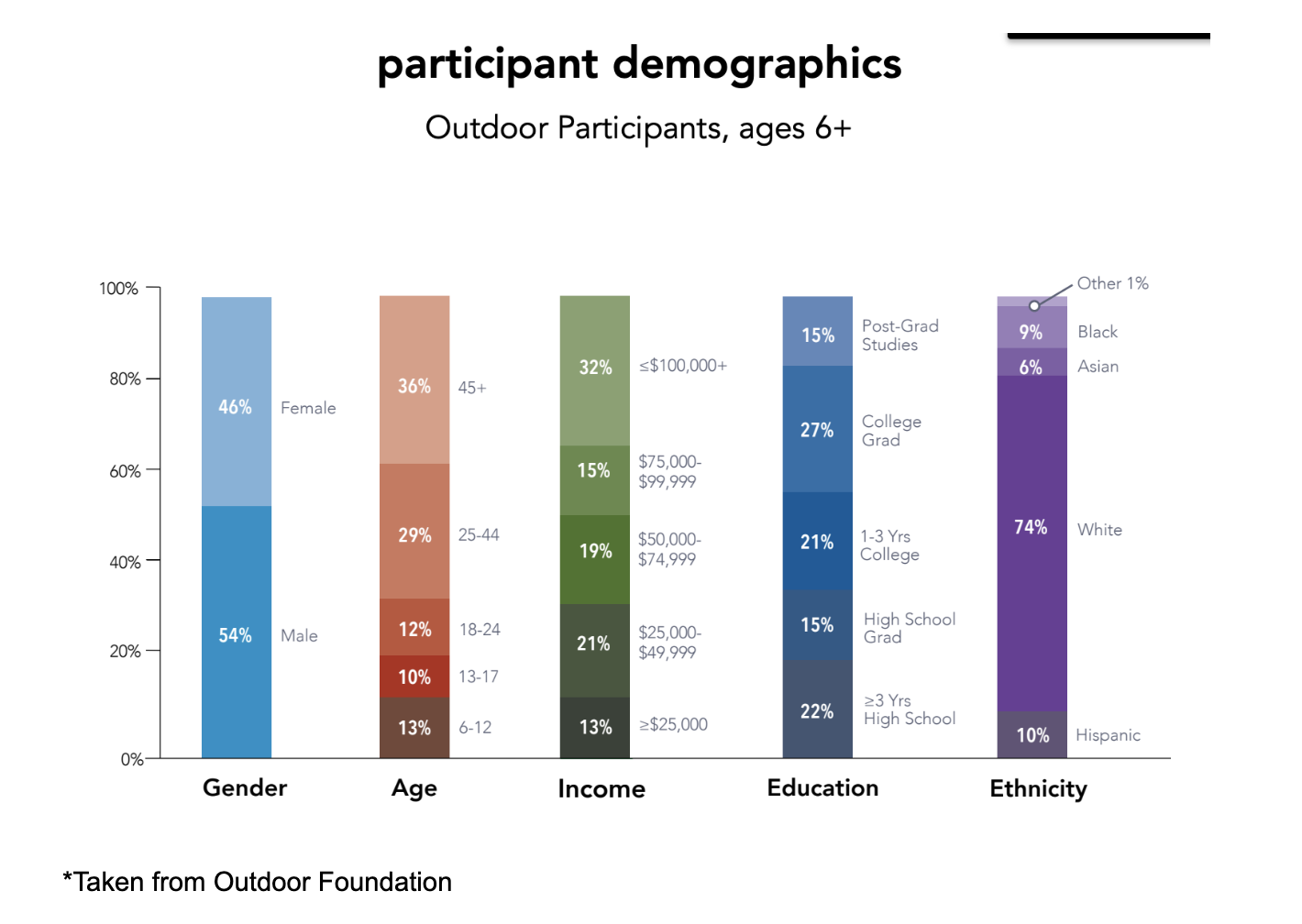 Outdoor outings largely seem to focus on specific locations. As an example, in the state of Ohio, 770 thousand people use the 240-mile Miami Valley Trail system every year. Their collective activities contribute $13 million to the state’s economy. A full 331 million individuals, on average, visit US national parks each year as well.  An estimated 760 million people visit state parks within the US every year as well

It is important to keep in mind that while Mammalz is a US company, its emphasis is global. While there is no data that gives us a look at the global picture, the situation in the US alone is enough to conclude that the market for outdoor activities is significant in size. It’s also safe to assume that there is at least some correlation between the nature of ‘outdoor activities’ and ‘nature enthusiasts’.

Unlike most companies looking to perform a capital raise, Mammalz is not trying to do it through an equity or SAFE issuance. Instead, they have elected to pursue a convertible note. The only substantive difference between a convertible note and a SAFE is that a convertible pays interest, so that’s a net positive to investors. At this time, Mammalz is looking to raise between $50,000 and $1.07 million through its capital raise. The minimum amount per participant has been set at $250 and the interest rate on the note is a modest 5% per annum. For the first $250,000 committed to the deal, investors get a conversion that is capped at $4 million. Each dollar that comes in after that converts subject to a valuation cap of $5 million. All noteholders see their notes convert at a 20% discount to the company’s future value, subject to the aforementioned caps. As of this writing, Mammalz has $103,789 committed to its raise.

The two founders behind Mammalz are Rob Whitehair and Alexander Finden. They are the company’s CEO and COO, respectively. Whitehair, prior to founding Mammalz, served as the founder and ‘Chief Instigator’ at Wild Propaganda. The company’s focus was to create a lifestyle brand and worldwide campaign aimed at using art and clothing to call attention to the impact that humans have on the planet’s wildlife. Before that, he was a Board Member of the International Wildlife Film Festival. Finden’s prior experience was as a freelance filmmaker. Before that, he worked as a Divemaster at Hilo Ocean Adventures.

Based on the data provided, Mammalz is a really interesting prospect for investors to consider. While the industry is rather opaque, the space is intriguing. And the size of the outdoor activities market in the US is large enough that it’s safe to assume that there’s a market opportunity here. The company’s initial traction is appealing as well. Its plan to monetize the platform makes sense. Though it will be interesting to see if they can generate enough revenue and interest to truly allow some of their users to make a living off content.

This is not to say that there aren’t issues to contend with. For starters, the business had no revenue last year. It is also still in its early stages and the company must get to revenue if it wants to become sustainable. Projections, while always nice to see, should never be taken seriously because they are no better than an educated guess by management. Even so, we believe that the good is attractive here and, as such, we have rated Mammalz a “Deal To Watch”.