The LPPFusion team has been selected as a “Deal to Watch” by KingsCrowd. This distinction is reserved for deals selected into the top 10%-20% of our due diligence funnel. If you have questions regarding our deal diligence and selection methodology, please reach out to hello@kingscrowd.com.

Energy is a necessary part of modern society. As the world economy grows and as the population across the planet reaches a new high every day, this statement becomes more true every day. In a world of unlimited resources, this wouldn’t be a problem, but that’s not the world we live in. To address the world’s energy needs, scientists and organizations across the globe continue to invest in and experiment with alternative energy sources. The breakthrough of any one of these can result in untold fortunes being made.  But the odds of any one player making such a monumental leap forward might be akin to winning the lottery. One company that claims to be close to catching that winning ticket is LPPFusion, a nuclear fusion research firm located out of New Jersey. 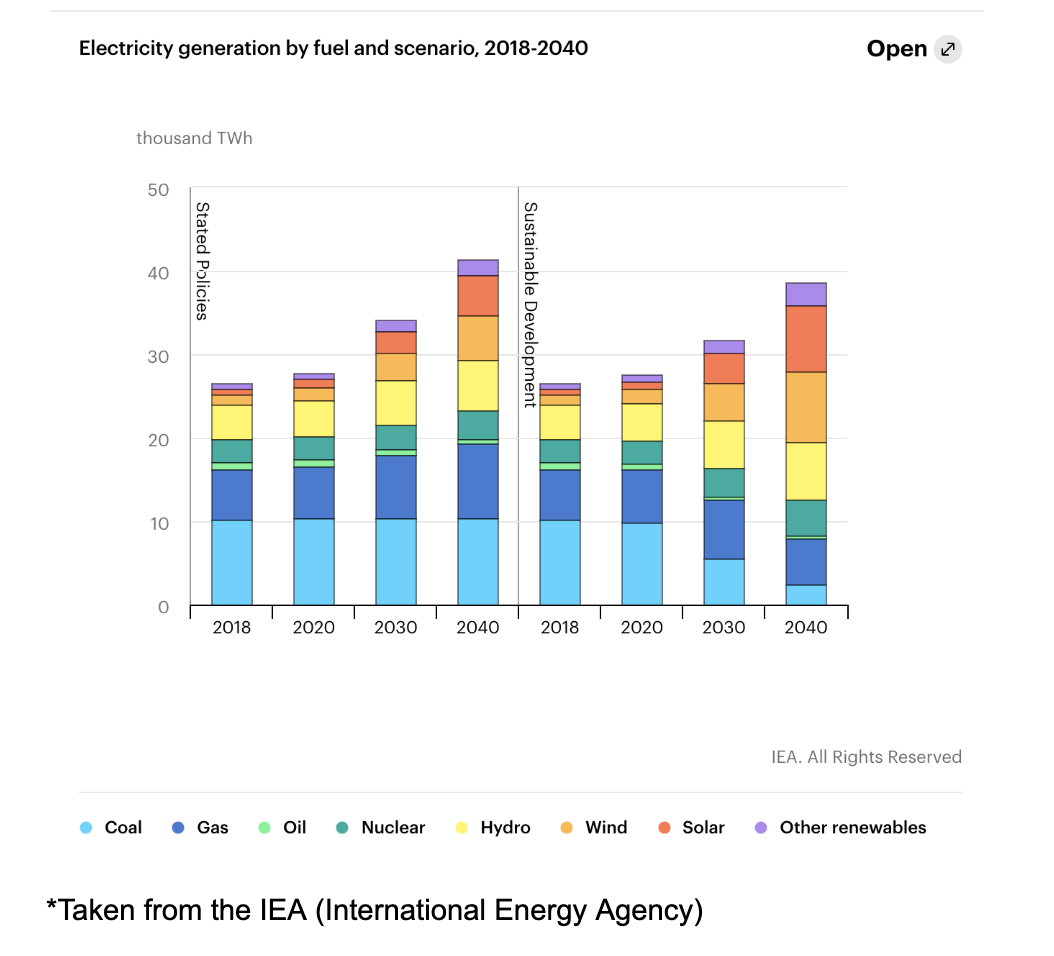 One way to address these concerns is to invest in nuclear power. That’s where LPPFusion comes in. Nuclear energy has, in recent decades, received a bad reputation. Just a few incidents have served to soil nuclear’s reputation. Back in 1979, in Pennsylvania, there was the Three Mile Island incident where a partial meltdown of the reactor took place. In Chernobyl, Ukraine (formerly the USSR), there was a meltdown in 1986. More recently, the world saw, in 2011, the Fukushima Daiichi disaster in Japan. Another issue is the fact that radioactive waste from nuclear reactors remains dangerous for a long time. Technically, Uranium 238, which makes up the majority of the leftovers from fission reactions, has a half-life of around 4 billion years.  However, the rods themselves are typically dangerous for only about 10,000 years.

If all of this sounds scary and bad, that’s because it can be. However, LPPFusion has a different goal. Instead of working with fission reactions, the company is trying something different: fusion. Unlike fission, which results in deadly radioactive waste, fusion can create pure energy. This is the same process utilized by the Sun and all other stars. The downside, though, is that achieving such a reaction and making it sustainable and economically viable is difficult. Multiple methods are being tested by scientists the world over today.  Each one is different and each one has a small chance of success given modern technology. LPPFusion’s bet is on hydrogen-boron fusion through the utilization of DPF (dense plasma focus) devices.

The technology and scientific theory behind this is incredibly complex.  Moreover, it’s still controversial to this day, but in recent years more credence has been given to this concept. Part of this improved perception comes courtesy of LPPFusion.  The company has successfully created the hottest temperature achieved in one such reaction: 2 billion degrees Fahrenheit. This surpasses their previous achievement of 1.8 billion degrees.  This, in turn, handily surpassed the 1.1 billion degrees held by the previous record holder. Any nuclear reaction can be dangerous, especially at scale. However, one benefit to LPPFusion’s approach is that it’s environmentally friendly. The only byproduct of their technology is believed to be Helium, which itself is harmless to the environment. It currently holds patents in the US, China, Australia, Canada, and the EU.  It also claims to have some of its processes/technology listed as patent pending in India.

In an effort to move on with another year of research, the company is looking to raise up to $1.07 million. This will allow the firm to invest more into its technology, and will enable it to hire another researcher on top of its current staff. For investors hoping that this might get the business to the final leg of development, though, the news is disappointing. LPPFusion has a long history of operating. The company was founded in 2003 and since then it has not generated any material amount of revenue.

It has managed to raise over $7.5 million in funding from previously investors, but it’s likely to need far more than that in the long run. The business has acknowledged that if it gets to the engineering development stage, it will require more funding.  Between $50 million and $100 million to be precise. This could come in the form of non-dilutive financing from the US government or other entities, but private funding is also on the table. One good sign for shareholders buying in now is that in early 2019, the company received a grant in the amount of $270,000. This is a sign that its progress is promising to at least some parties out there. Down the road, the company hopes to generate revenue through licensing fees and royalties from its technology. 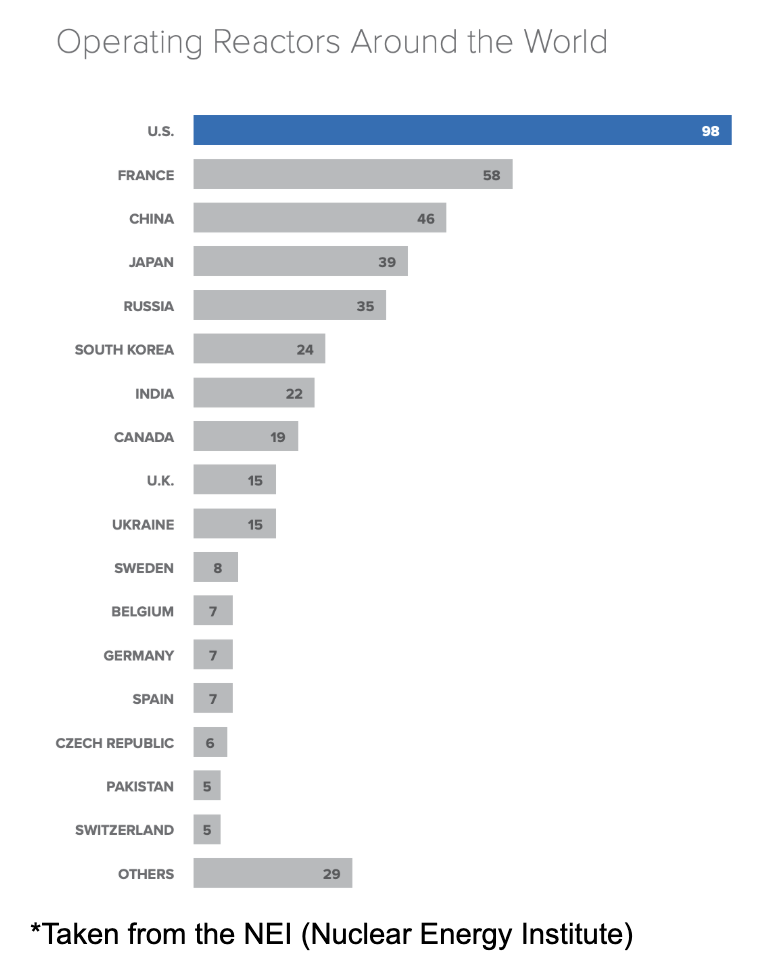 There are few industries in the world as large and omnipresent as energy. Even the niche that constitutes nuclear is large and fascinating. To consider the opportunity, we need only consider the US. With 98 reactors nationwide, the US is the country with the highest absolute exposure to nuclear power. Second place is France at only 58 reactors, followed by China at 46. Japan comes in at fourth place with 39 reactors. Due to the aforementioned issues associated with fission reactors, and the impracticability of fusion through the present day, the US is at risk of falling behind. Right now, only 2 new reactors are under construction in the US. This pales in comparison to the 11 being added in China, and the 7 being added in India. 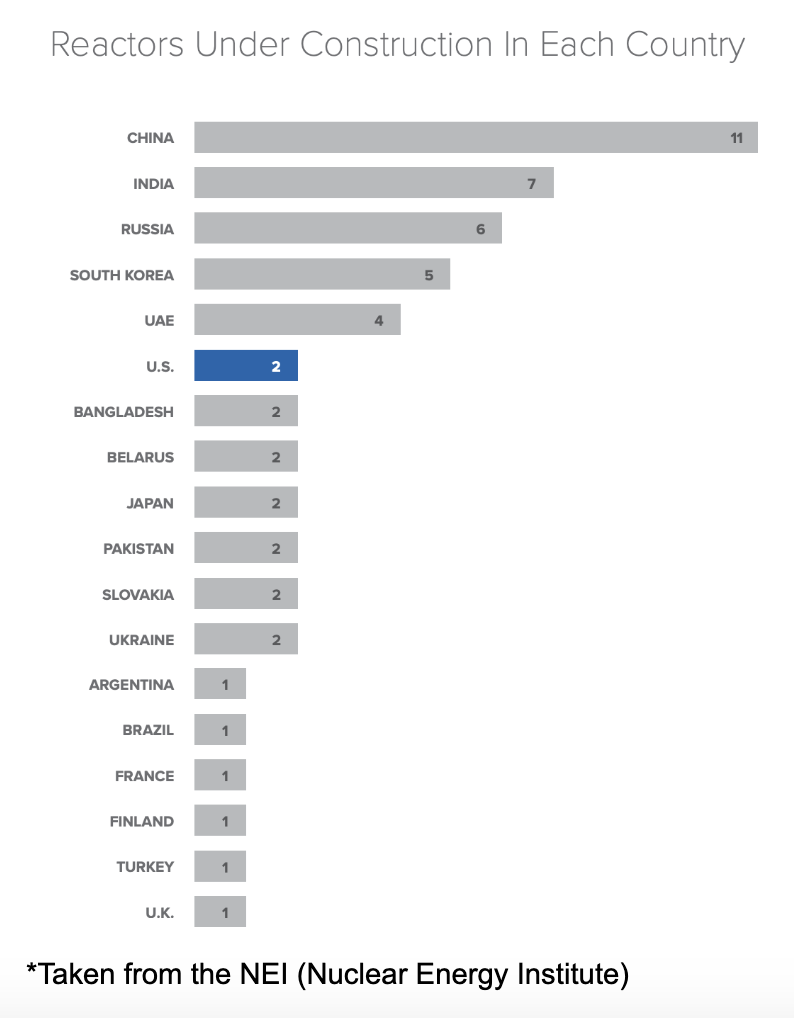 Despite this stagnation in the US market, the benefits of the space are obvious. Every year, nuclear energy production generates $10 billion in federal taxes, and $2.2 billion in state and local taxes. The industry supports 475,000 jobs and accounts for $60 billion in GDP. At this time, nuclear does, surprisingly, account for 55.2% of all emissions-free electricity generation in the US.  But this number drops to only 19.3% when you add in emissions-generating ones like natural gas and coal. 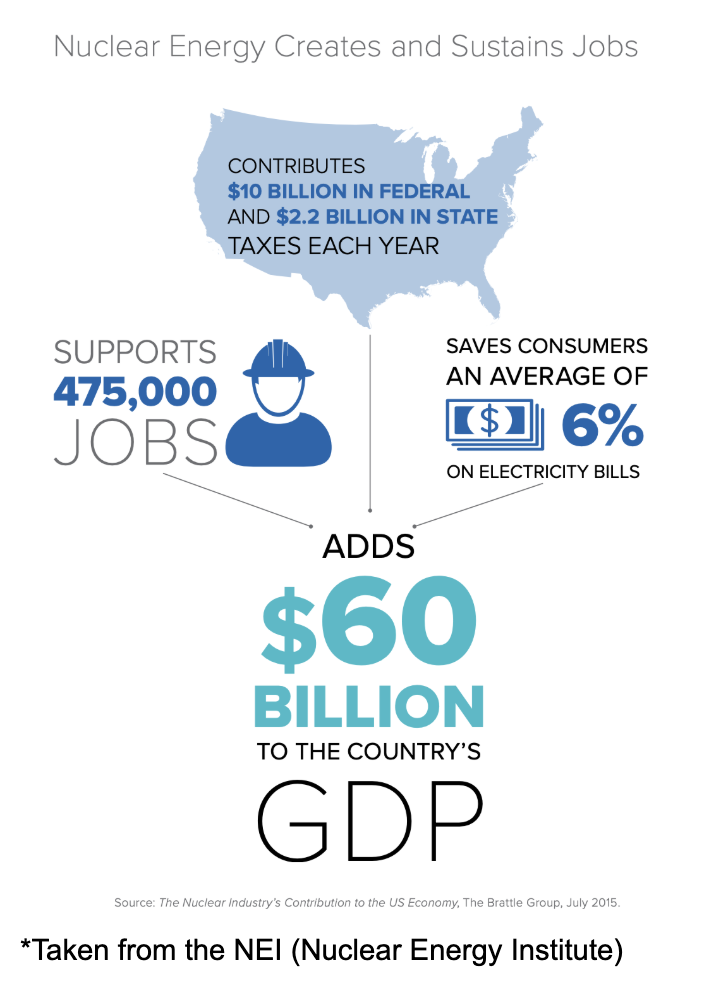 The emissions-free status of nuclear power has had tremendous social savings on the environment.  The industry is responsible for avoiding 528 million metric tons of carbon emissions every year. It also avoids significant nitrogen dioxide and sulfur dioxide emissions. The estimated social savings here across the board is $28.1 billion every year. 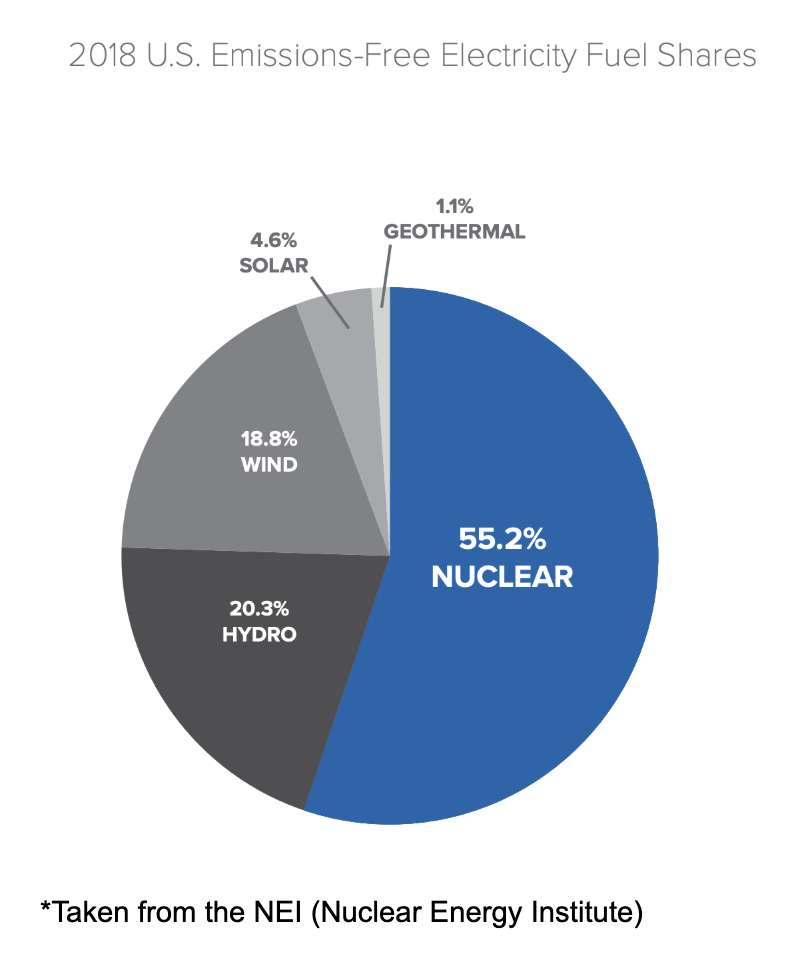 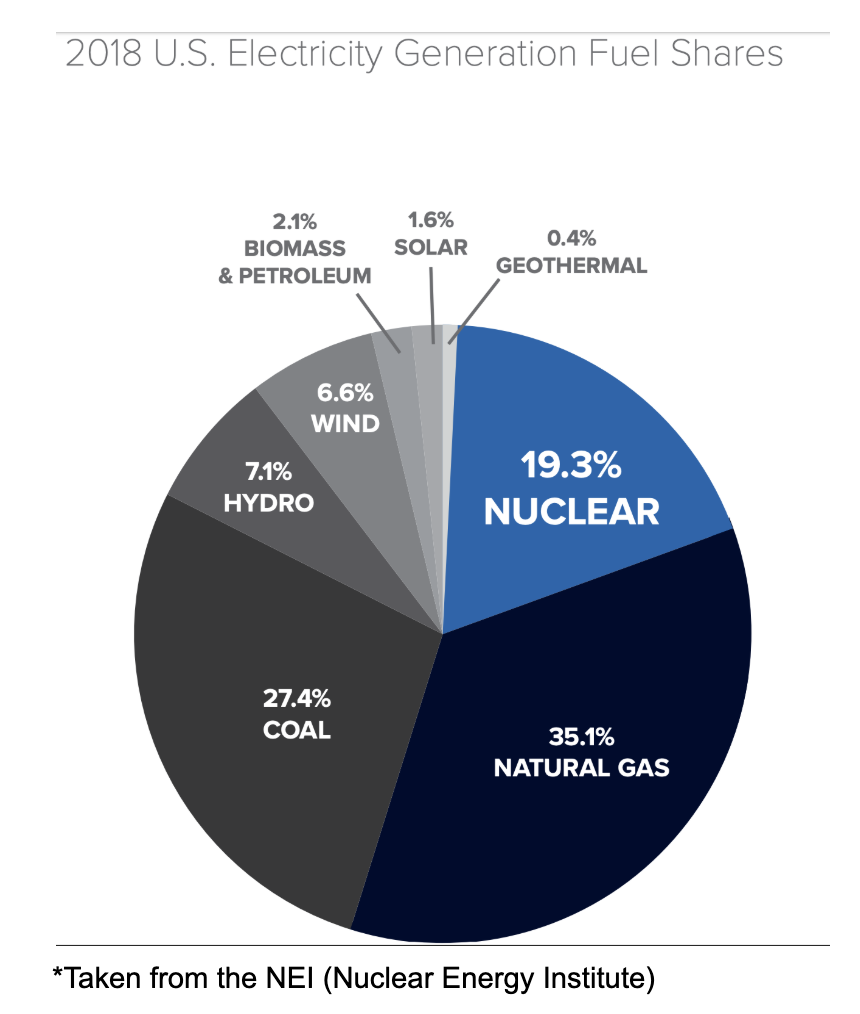 On a global scale, relevant data is more challenging to find. One thing we do know is that the global nuclear generation industry should grow to about $300 billion in size by 2030. This compares to only $133 billion the market was valued at back in 2011. This ignores whole other parts of the industry though. For instance, the radiation management space should see similar growth. Over this time horizon, it’s expected to expand from $69 billion to $267 billion. 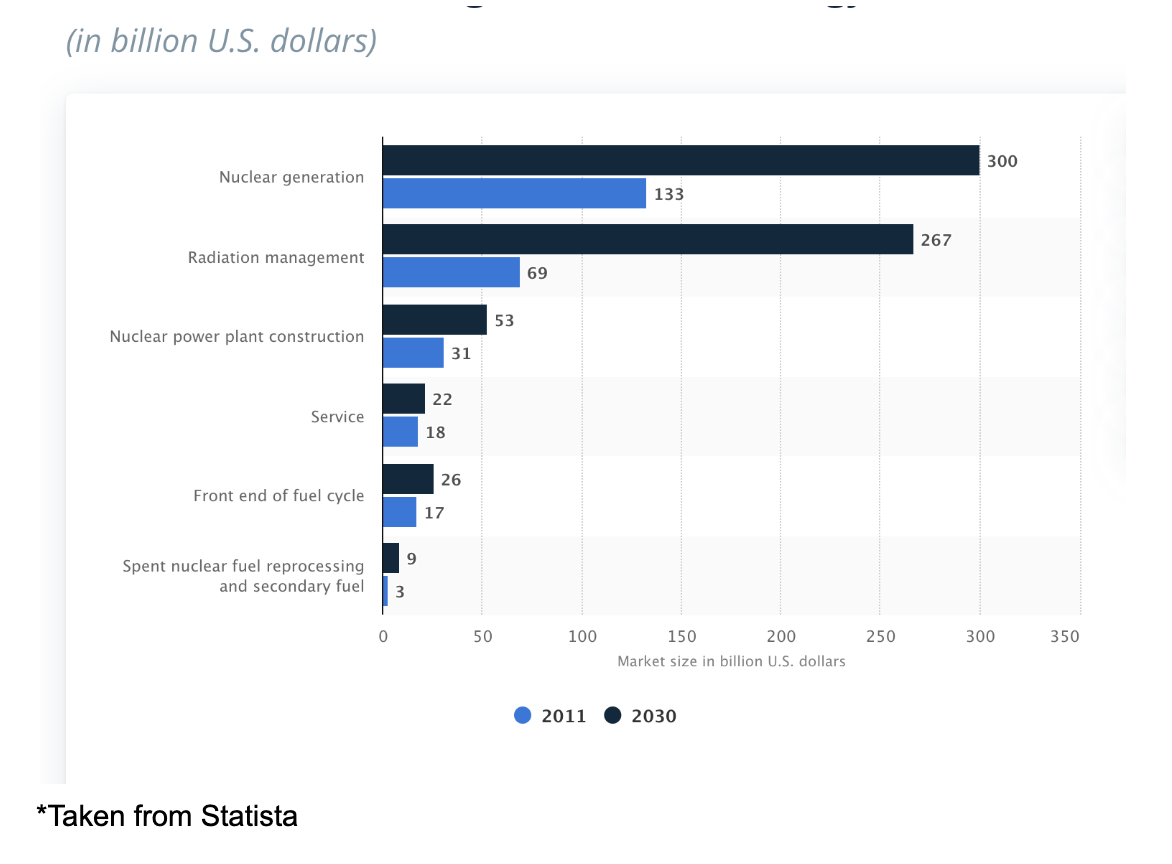 Even though these forecasts look impressive, this could be only the start of things if LPPFusion succeeds. If a safe, waste-free way of generating power can be created, we could see the space grow significantly over time.  In 2018, nuclear power accounted for only 11.1% of all electricity generation across the globe. By 2040, this should range to between 7.5% and 10.5%. It’s not hard to imagine that if a world-changing development comes along, and if that development is economically viable, that it couldn’t eat away at much, if not all, of the other energy sources.

LPPFusion and its team have big ambitions, but with big ambitions comes big costs. At this time, the company is seeking to raise between $400,000 and $1.07 million in its current capital round. To do so, it is selling common shares in itself at a price of $125 apiece. The minimum investment per participant has been set at a lofty $1,000, or 8 shares. This current raise is being conducted at a pre-money valuation of $39.3 million.  This is an astronomical ask considering that the company has had no material revenue since its founding in 2003.

LPPFusion is the brainchild of Eric J. Lerner. He currently serves as the company’s President and its Chief Scientist. Prior to founding the company, he received funding from NASA’s Jet Propulsion Laboratory (from 1994 to 2001).  With it, he studied plasma phenomena. Before that, he worked as a popular science writer, having written over 600 articles in his field. He also wrote a controversial book alleging the Big Bang never happened. He does not have a PhD as most would suspect, but he did receive a B.A. in Physics from Columbia University. LPPFusion has several other staff members working for it, but the other lead individual is Ivana Karamitsos. She currently serves as the company’s Chief Information Officer and as its Communications Director. She studied mathematics and classical music in what was Yugoslavia.  She also received a degree in Computer Science from Binghamton University, SUNY in 2003. She joined the LPPFusion team in 2010.

The Rating: A Deal To Watch

Startups are often thought of as binary opportunities.  Either they go on to generate significant upside for their shareholders, or they end up dying. This is not always the case, though, as there are plenty of startups, over time, that generate returns.  Just not the awesome upside their teams and investors anticipated. LPPFusion is not your typical startup. It is, in its purest sense, a binary play. There is an extremely high chance that the company will someday shut down, having failed in its endeavors.  On the other hand, if it does succeed, the upside will be greater than most businesses. The probability of the complete loss scenario coming to fruition is very high when you consider the magnitude of the task the company is undertaking, the capital needed to get there, and the competition coming from researchers all across the globe. If the firm does succeed, though, the upside will have well been worth it.

After careful consideration of the pros and cons to this deal, we have labeled it a “Deal To Watch”. This means the company is worth consideration.  That is, however, subject to a caveat: investors should only put what they can afford to lose toward this play. The fact that management has raised so much money over such a long time, and that they have some progress warrants consideration and respect. This suggests that upside could very well exist for shareholders.  It also means that investors need to understand that the reward prospect is probably commensurate with the risk involved.