vRotors has been selected as a “Deal to Watch” by KingsCrowd. This distinction is reserved for deals selected into the top 10%-20% of our due diligence funnel. If you have questions regarding our deal diligence and selection methodology, please reach out to hello@kingscrowd.com.

Drone racing was born in 2013 as a niche hobby and has quickly grown into a worldwide phenomenon. The hobby has transformed into a sport with races hosted in more than 90 countries that draw millions of fans each year. The sport has been championed by one dominant brand, The Drone Racing League, which was founded in 2015. However, hobbyists interested in drone racing face two big hurdles. The first is cost. Racing drones cost between $180 – $600 depending on size, performance, and accessories. Racers must also consider repair and replacement costs as drones are delicate and crashes are common which brings the annual cost of ownership to $600 – $1,000. The second hurdle racers face is heavy regulations that restrict recreational drone activities. 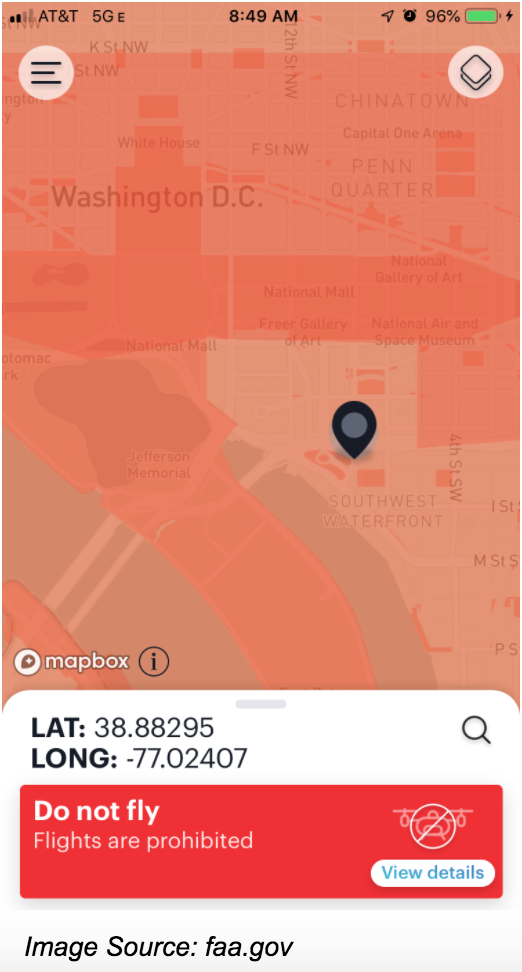 Regulation dictates that all recreational drones must be registered, drones can only be flown in specific areas, and flyers must always keep their drones within visual line of sight. The combination of high costs and regulatory constraints creates friction for would-be racers especially when alternative hobbies such as mobile, console, or PC games are nearly frictionless.

vRotors simplifies the drone racing experience by providing an end-to-end, in-home solution for racers. Using just their PC or virtual reality (VR) headset, racers can take control of vRotor’s drones and race them on real courses. Additionally, vRotors uses Twitch and Mixer to enable live streaming and audience interaction. Audience members can virtually ride alongs with the pilots or take a direct role in the race by repairing their drone’s shields.

vRotors is de-risking the racing experience for all participants by providing the drones, the courses, and the drone control network.

Racers begin their experience by qualifying in vRotors’s virtual simulator. Once qualified, pilots connect to vRotor’s drone network to control drones that are physically located on one of the company’s physical courses. To make the races more dynamic, augmented reality (AR) game objects like checkpoints and obstacles are overlaid on the pilots’ maps. The audience tunes in and interacts via Twitch (and eventually Mixer) which adds an important community element to the competition.

vRotors earns revenue through its simulator, viewing subscriptions, and advertising partnerships. Racers pay $10 to download the application. Viewers can pay $20 per season for virtual ride-alongs with the best racers or $20 per season to watch the championship races. Companies can pay to sponsor races, and vRotors intends to leverage AR capabilities to offer in-game advertising capabilities throughout the virtual courses.

As the company scales, management plans to expand their courses from Southern California to global locations like Hawaii, Australia, and Dubai. Management’s phase 2 growth plan is focused on increasing scale and deepening the community experience. Ao accomplish these goals, the company plans to host multiple tournaments simultaneously and enable community designed AR courses.

vRotors is currently led by Co-Founder, President, and Technology Lead, Neil Malhotra. The company’s other Co-Founder, John Zuur Platten, works up to 4 hours per week at the company as the Creative Lead. Malhotra has more than 25 years’ combined experience in the aerospace and video game industries. He has worked in NASA’s Jet Propulsion Laboratory, led rocket missions at Orbital, and co-founded Acclaim games in the video game industry. His background suits him well to create vRotor’s mixed-reality experience. John Platten is the lead writer on the Jurassic World AR experience and has more than 30 video game titles to his credit. Previously, Platten was a Creative Director at Niantic and worked on “Ingress” which ultimately led to Pokemon Go. Malhotra and Platten have a lot of relevant experience, however, with only one full-time executive and a small team of engineers, the team will need to grow significantly in order to compete effectively.

vRotors is taking aim at two markets. The racing drone market was valued at $411 million in 2019 and is expected to grow by 22% annually and reach more than $2 billion in size by 2026.

The eSports market has become even more interesting after the COVID-19 outbreak because many professional sporting events have been canceled, bringing additional attention to online gaming and esports. eSports viewers are expected to grow from roughly 443 million in 2019 to more than 646 million by 2023.

Revenue growth from game sales slowed to 3% in 2019. However, there is plenty of opportunity for disruptors to earn meaningful revenue. Game sales brought in more than $120 billion in revenue and SuperData expects it to grow to $125 billion in 2020. The COVID-19 outbreak could further increase gaming revenue as people are spending more time at home, leading to a need for new activities and entertainment options.

In vRotors’s second year of operation, the company was able to generate $93,190 in revenue. In 2018 and 2019, the team focused on developing their differentiated technology and growing brand awareness. However, in an industry with more than $500 million in expected revenue in 2020, management needs to execute on their strategy and prove they have product-market fit in order to stay relevant in a highly competitive market.

The team’s differentiated approach which includes de-risking drone racing for consumers and co-operative audience interaction could distinguish vRotors from the competition. But the approach comes with risks. vRotors must be able to scale their network of drones and courses to meet customer demand. They have to purchase enough drones and build their courses before they have customers or they risk losing them after a poor racing experience. This approach is capital-intensive and could backfire if the company doesn’t generate enough demand.

vRotors has an experienced leadership team, a differentiated business model, and early signs of traction. Drone racing is an industry with hundreds of millions in revenue up for grabs and plenty of growth ahead. However, until management can prove they can generate significant customer demand and scale their team and racing network to effectively meet that demand, vRotors is a Deal to Watch.