MARKET Protocol has been selected as a “Deal To Watch” by KingsCrowd. This distinction is reserved for deals selected into the ​top 10% of our deal diligence funnel​. If you have questions regarding our deal diligence and selection methodology, please reach out to ​hello@kingscrowd.com​.

Global interest in investing in and trading cryptocurrencies is undeniable. “Coinbase also reports that 70,000 to 100,000 new crypto trading accounts are being opened every day on their platform.”  These assets are made possible with the use of blockchain technology, an attractive alternative to more centralized asset management.

This is not to say there are no problems with the crypto market. Specifically, most crypto exchanges simply don’t provide enough liquidity. “High transaction fees, poor security and non-availability of fiat gateways to on-ramp new customers – hamper seamless trading in cryptocurrencies” which can turn away potential traders.”

The opportunities for trading derivatives and futures specifically are limited. MARKET Protocol aims to become the “next big derivatives exchange” in an attempt to tackle these problems.

MARKET Protocol has established a platform for creating safer digital assets (derivatives). Specifically, MARKET Protocol has created ‘legos’ that make up derivatives. Through the platform, users can take these legos and design tokens to represent their assets. For example, Apple shares, or bitcoin. 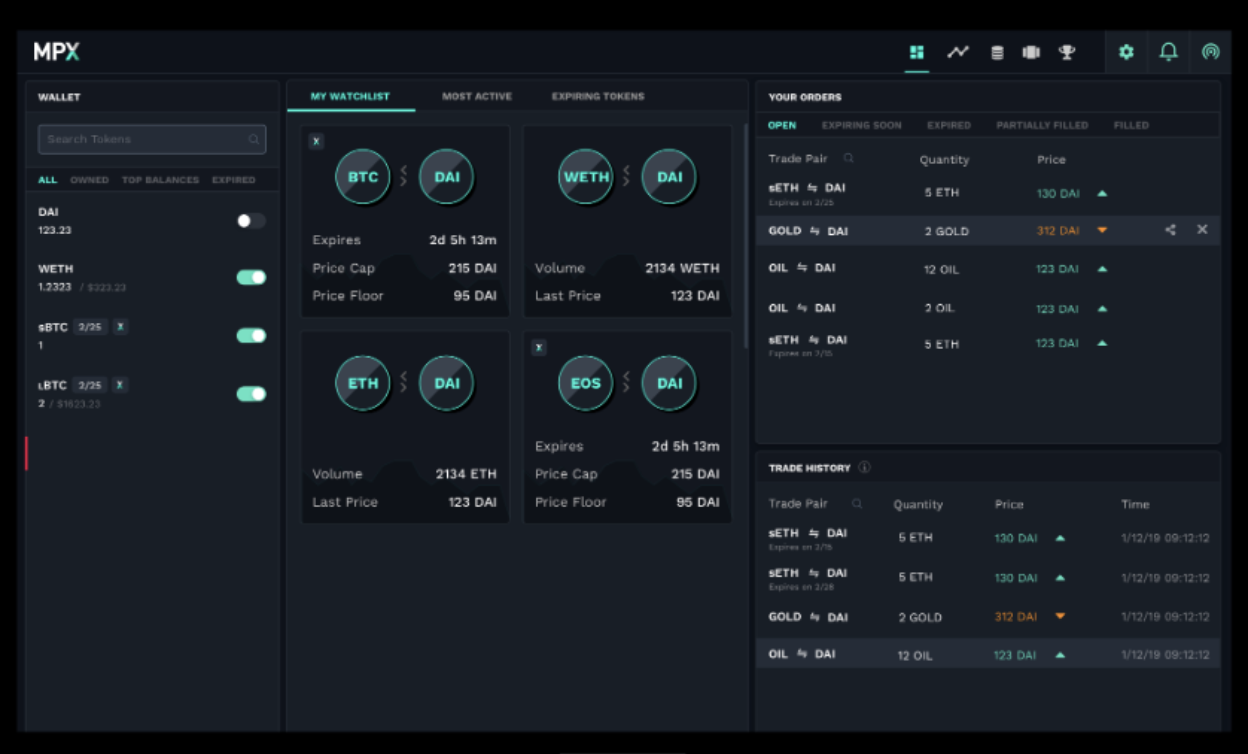 CEO and Co-Founder, Seth Rubin, has experience as a derivatives trader and previously founded BRE Trading, an algorithmic trading group. He holds a degree in Economics from the University of Rochester.

In order to mint tokens, users deposit collateral and pay a 0.50% minting fee based on the amount of the collateral. Rubin reports that they will also collect trading fees from transactions on the exchange, but the majority of revenue will come from the minting of these tokens.

To date, MARKET Protocol has $0 in revenue and cost of goods sold. Internal revenue projections suggest $100M by 2023, though the company is not currently profitable.

MARKET Protocol is a Deal To Watch. The team is going to have to raise significant revenue to win out in the space, however this is a large addressable market with a clear pain point. The team’s significant experience in the industry mitigates some of the risk of investment.

Though the company is not cash flow positive at this time, the product is highly scalable and nearing profitability. Having not one, but two venture firms backing the product alleviates concerns regarding the lack of revenue.

The product is still in its infancy which could pose a risk, however the team has a clear roadmap for future iterations and some solid early traction. Finally, the product is significantly differentiated from both other startups and large incumbents, making an investment at the ground floor potentially quite rewarding.

Additionally, the crypto market is ripe with acquisitions. Blockchain startup Coinsquare acquired StellarX, a decentralized exchange app in February of 2019.  Facebook acqui-hired Chainspace, another decentralized infrastructure, in 2019. As seen below, the trading and investing sector led in number of M&A deals this year, making an acquisition a likely exit opportunity for the MARKET Protocol. 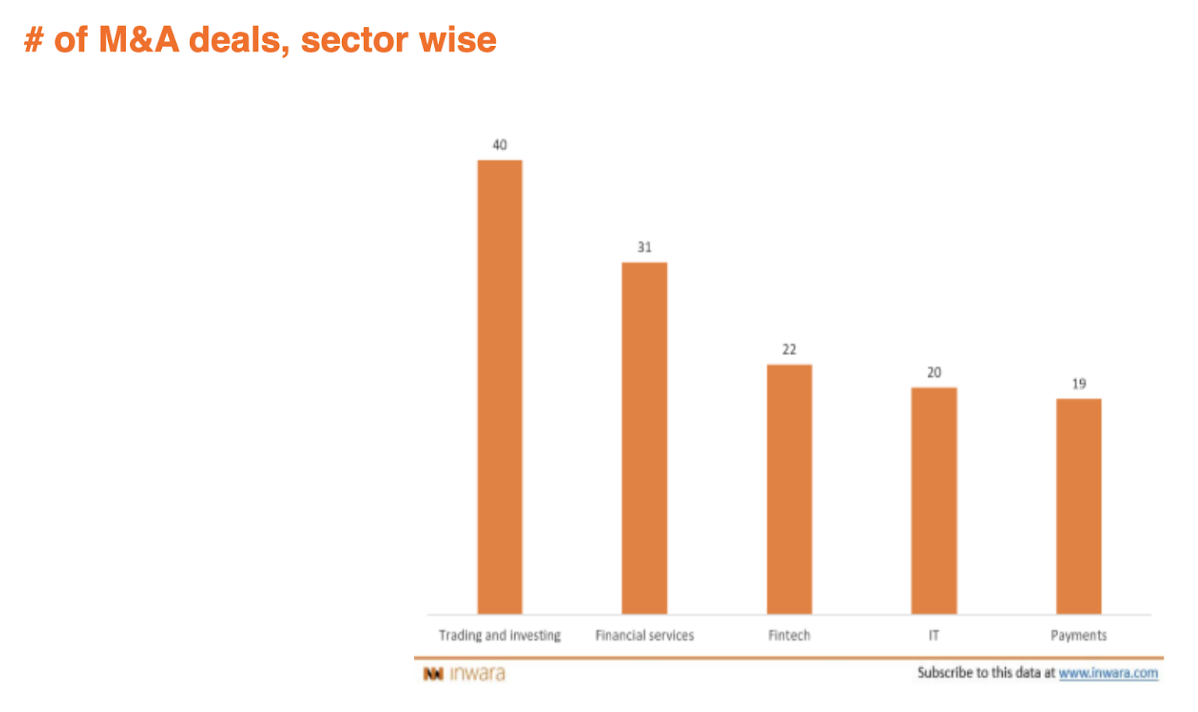 Since it is still early, and there are some risks associated with investment alongside the strong team and competitive differentiation, MARKET Protocol is a Deal To Watch.