The Caribu team has been selected as a “Deal to Watch” by KingsCrowd. This distinction is reserved for deals selected into the top 10%-20% of our due diligence funnel. If you have questions regarding our deal diligence and selection methodology, please reach out to hello@kingscrowd.com.

Early childhood marks the most influential period in cognitive development. From a scientific standpoint, this is when the brain is the most plastic. In these early years, it is vital for a caregiver to impart knowledge and have a presence in the child’s life.

Ideally, kids are raised in two-parent households, with parents that have the time to supplement early education. But this is often not the reality. Divorce, military service, and long work hours may get in the way of a relationship with a caregiver.

Moreover, non-immediate family members, such as grandparents, may live far away. As a result, they may be unable to involve themselves in their grandkid’s life to the degree that they wish. Around a third of adults over 45 claim to feel lonely, and 68% of grandparents claim that distance gets in the way of seeing their grandkids.

Unfortunately, the current technological standard leaves these kids and grandparents at an unnecessary disadvantage. Not to mention, it’s quite difficult to keep kids with short attention spans engaged during a phone call or Facetime chat.

Caribu is an easy-to-use platform that allows young kids to interactively read books and make sketches with an adult, all the while video chatting in real time.

An engaging and secure software, Caribu currently offers over 700 different educational titles translated into 7 languages. It is cross platform and will include web-based software in the future. This fosters intimate relationships with loved ones who lack the time to connect in person.

Today, typical video chat functionality is limited. It’s one-dimensional. A typical kid today would rather play a video game, as it would be more stimulating than talking to a family member via FaceTime. And every parent knows that kids get distracted within a couple minutes of doing nearly anything.

The Caribu software is stimulating and appealing. The user selects the book they want to read, chooses the adult they want to read it with, and the app gives them a call. If dad picks up, both parties are able to see where the other is touching the screen, along with one another’s face in the corner of the app. This makes it easy for a 7-year-old child to read while dad points out the words. Lastly, coloring books act as a virtual project to work on together.

Caribu addresses grandparents’ lack of presence, simultaneously enriching  early-childhood development.The company defines a more specific target consumer as the glamorous grandma, AKA the “Glamma.” The Glamma is on the younger side, 50-70 years old, and is still active. She embodies a sort of professionalism, and makes a median yearly salary of $200K. She has basic tech skills, and thus communicates with her own children. 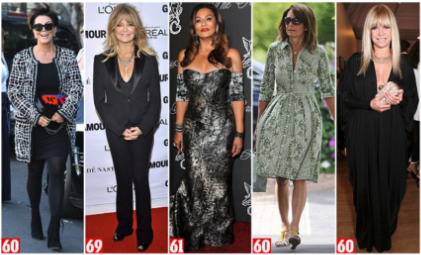 Ideally, with disposable income, Glamma would be more than willing to pay for an app to better her relationship with her grandkids.

On the other side, there is the child. Caribu’s target age group is 0-7 years, around the time a child is learning how to read. Caribu generates revenue through the Apple and Google Play app stores. It requires a monthly subscription of $6.99. Plans to offer a yearly, lifetime, and family subscription are in the works,allowing the user unlimited books and video calls.

Globally, there are millions of families separated for a myriad of reasons, be it divorce, long work hours, or unusual circumstances. Caribu acquires them as customers through word of mouth marketing, news stories, app store search functionality, as well as social media marketing, and continues to iterate on and improve customer acquisition channels. 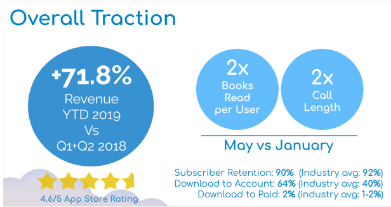 An impressive 250K total minutes were logged on the app in 2018, indicating meaningful customer demand and stickiness.

Max Tuchman, the Co-Founder & CEO made a mark on the tech scene with Caribu. She won several competitions, including the Toyota Mother of Invention and the 1776 Global Pitch Competition, and gained funding from AT&T and Rise of the Rest Seed Fund (among other investors). Her successful pitches brought Caribu an early $100K in funding.

Caribu is financed with $400K in equity and $885K in SAFEs from prior funding rounds. Worst case, they can continue to operate for at least 6 months without further investments.
Caribu has also secured partnerships with childhood entertainment companies such as Mattel, Highlights, and Sesame Street.

Caribu continues to add new books and activities to the platform on a weekly basis. It is projected to turn a positive profit in 30 months. The team also has a goal to obtain 575K paid subscribers in 3 years, all with a retention of one full year, in order to generate $41M in revenue.

It may also expand to target traveling parents, divorced parents, extended family, and military members in the future.

On a yearly basis, 72 million grandparents spend an average of $1.2K on their grandkids. This mostly comes in the form of gifts. Out of an $86B total available market, a $39B market is serviceable.

Statistics show that grandparents’ behaviors often indicate a desire to support their grandkids, provide wisdom, and promote higher education. Although it is wildly unrealistic to assume that the entirety of grandparents’ spending will go towards Caribu, this is still simply representative of an opportune market.

In the future, Caribu intends to license their platform to tutoring and language-learning markets. Picture your child facetiming you to get help on their math homework, and you using Caribu to walk through each problem with a stroke on the iPad. Factoring in this expansion, the total global market size has the potential to grow even further.

Caribu considers Apple’s FaceTime, Skype, and WhatsApp as direct competitors. These apps all have essentially the same basic built-in video chat features. What FaceTime lacks is the ability to communicate with non-Apple devices. Skype tends to cater to the business-communication market by the nature of their business model.

The most direct threat to Caribu is Facebook’s Portal. This video calling software boasts the ability to make the user feel like the other person is in the same room with them. This is done by providing a Smart Camera that follows the person in view, enabling other friends to share videos or music, and allowing for a few interactive augmented reality games analogous to Snapchat filters-an upgrade from your typical video chatting platform.

Caribu differentiates itself by catering to a specific niche, focusing on simplicity for children for the purpose of learning, along with strengthening a parental bond. It’s less about seeing one another’s face, and more about the act of doing something productive together that provides unique value.

Co-founder and CEO Maxeme Tuchman got the inspiration for Caribu after seeing a video of a soldier struggling to read a book to his daughter through a typical video calling platform. She quickly generated funding for her venture and established strong partnerships along the way.

Tuchman holds an MBA from Harvard Business School. She served as an Education Pioneers Fellow in the District of Columbia Public School System. Later on in her career, she was a Consultant for the Bill & Melinda Gates Foundation. Tuchman was then appointed the Executive Director for Teach For America in Miami-Dade. Finally, she was one of sixteen people selected by the president to receive the White House Fellowship in the name of leadership and public service. Tuchman is truly a founder that stands out among the rest. 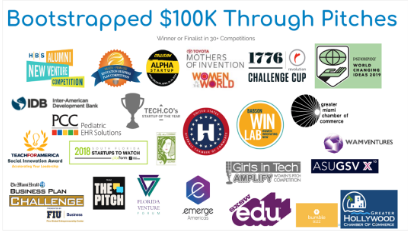 Alvaro Sabino, co-founder and CTO, holds a Master’s in Innovation, Entrepreneurship, and Management from the Imperial College London Business School. Initially, he acted as a Shared Systems Engineer for Terremark, previously a subsidiary of Verizon. Later he worked as a Global Services Solutions Consultant at Schneider Electric. Along the way, he co-founded a couple of other companies, including LinnDo and JAMedia, giving him valuable entrepreneurship experience.

Tiffany LaFleur works as the Head of Design. She was the former Senior Digital Designer at Disney, and worked on 60+ apps and 100+ ebooks. Trent Ewald is the Senior React Native Developer of the app. His first app Yoga Challenge had over 2M downloads, and was a top trending app for 4 months. Kalman Chodakiewitz, Caribu’s Product Manager,previously worked for Aidoc Medical, a company that uses AI software to analyze medical images such as X-rays.

Caribu is a Deal To Watch. The minimum investment amount stands at $500 per share. The company has a current valuation cap of $5M.

Caribu presents a differentiated product with a small but happy following of users that indicate initial product market fit in a market of customers that have a propensity to spend. This early traction coupled with a dynamic founding team provides an intriguing investment opportunity.

Weaknesses, such as having large competitors like Portal and Skype, may prove challenging to face if they decide to integrate similar features, though not expected at this time. These competitors may also provide an exit opportunity down the road if the team can continue to build a much larger user base in the hundreds of thousands.

For these reasons, we at KingsCrowd believe Caribu to be a Deal to Watch.