OncoStemyx has been selected as a “Deal to Watch” by KingsCrowd. This distinction is reserved for deals selected into the ​top 10% of our deal diligence funnel​. If you have questions regarding our deal diligence and selection methodology, please reach out to ​hello@kingscrowd.com​.

In the world of cancer treatment, the most frequently reported symptom from cancer patients is pain either from the cancer itself, tumors, surgery, or chemotherapy. In short, a drug that can curb the pain from chemo or eliminate tumors without invasive surgery would be ideal.

OncoStemyx has a vision of “augmenting cancer therapies to overcome chemoresistance”. This drug developer recognizes the toxicity, rarity of patients positively responding to, and the resistance built up by patients to chemotherapy.

They state that this happens because transporters pump chemotherapy out of cancer cells, which makes them ineffective. The result of this inaccuracy is that doctors prescribe higher doses of something that is not working to begin with, which ultimately results in patient suffering and a lack of effective treatment.

OncoStemyx proposes eliminating transporters [parts of cells that bring nutrients, drugs, or waste to another location], which in theory should allow the chemotherapy to work.

They are implementing OSTX-2, a drug that is 25 years old originally used for infectious diseases, but has the ability to eliminate transporters, which can allow the chemotherapy to enter the cancer cell and kill it. 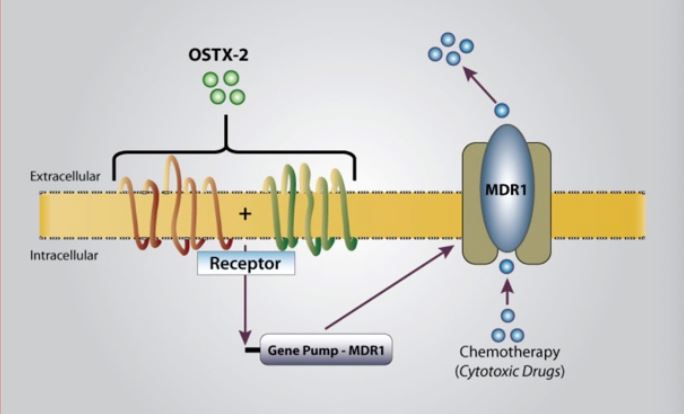 By utilizing an in vitro pharmacology (dose response), OSTX-2 enhances the efficiency of chemotherapy at an unprecedented 300x better than chemotherapy alone.

Then by using an in vivo pharmacology (xenografts), OSTX-2 combined with chemotherapy induces a synergistic effect that kills tumors even with the 10-fold less chemotherapy leading to a complete response, confirmed by histology.

Of the 1.7 million people diagnosed with cancer in 2018, 600,000 people from that group were projected to die from the disease in 2018. Despite so many people dying, there are still many albeit necessary cumbersome obstacles that drug developers must get through in order to have their drug approved by the FDA for use in patients on the market.

The cancer drug market, by the way, was worth $107B in 2015 and is projected to grow to be worth $150B by 2020, which is being driven by increased drug prices due to more research happening to develop more specialized/customized medicinal treatments. 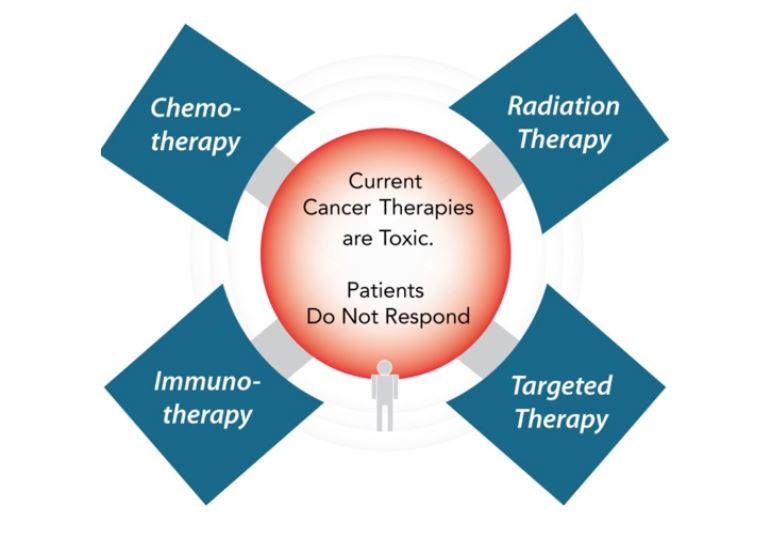 Not only is approval few and far between, but the time frame in which the FDA works on seems far too slow for cancer patients who need the drugs today.

The FDA states that its standard review process is supposed to take 10 months whereas the priority review process should only take 6 months. This seems reasonable, but the US Department of Veteran Affairs has a more realistic answer. They say that the entire process can take 10 years including development, testing, and approval through the 3+ phases of drug testing.

In somewhat good news, The FDA approved a record breaking 59 new drugs in 2018, which is hopefully an upward trend allowing companies to enter the drug development world.

If OncoStemyx wants to be successful it will have to face this long road to reality, which does heighten the level of risk associated with this investment.

Vikash J. Bhagwandin, founder and CEO of OncoStemyx, was previously a postdoctoral fellow at the University of California San Francisco Cancer Center.

He was under the mentorship of cancer biologist, Dr. J. Michael Bishop who was the co-recipient of the Nobel Prize in Physiology of Medicine in 1989. Vikash got his PhD from the University of Texas Southwestern Medical Center where he studied the role of telomerase in cancer stem cells under the mentorship of Jerry Shay and woodring Wright. Before founding OncoStemyx, vikash spent many years conducting cancer research at Cell Genesis, Tularik, Genentech, Dendreon, and Geron.

George H. Caughey, clinical advisor and co-founder of Oncostemyx, is a professor Emeritus at UCSF Medical Center where his lab conducted research for nearly 40 years. They worked on understanding how cancer happens and researched its origins in order to find a solution to prevent it.

OncoStemyx is reformulating OSTX-2 to improve the body’s ability to uptake the drug by 4 times. Their goal is to file an Investigational New Drug (IND) to the FDA using the 505(b)(2) exemption. They have currently gotten through the discovery and preclinical part of the process and are partly through Phase 1b. They still have to move through Phase 2 and Phase 3.

They have four patents pending with 20-year patent protection which are 1) novel cancer indication and formulation 2) increased bioavailability and decreased toxicity 3) improved dosage and dosage form 4) routes of administration and treatment schedule.

They will initiate Phase 1B clinical trials in Q4 2019, and they have identified multiple partners for commercialization. While the plan is sound, there is concern that they do not have the necessary funds quite yet to proceed.

OncoStemyx is a Deal To Watch. This team is meeting a real need in the oncology space with a newly formulated drug that has the potential to streamline chemotherapy and OncoStemyx will be better than competing drugs because they are using a previously approved drug that the FDA is familiar with therefore expediting the process of regulation.

With a strong and experienced management team and Phase 1A clinical trials complete, the organization is showing signs of being able to build a prime acquisition target. By being an appealing add on to other chemotherapy treatments in a space ripe for acquisition, OncoStemyx is well positioned for a potential exit.

An obvious concern is that the FDA only approves 3.4% of cancer drugs each year, and the cost to make it through all trials will be in excess of $10M+.

Despite these risks, this presents an exciting investment in an early stage biotech with real opportunity to change the lives of cancer patients, while becoming a large economic powerhouse or acquisition in the oncology space.

If interested, be sure to invest in this Deal To Watch ​HERE.