In our ongoing series of rating crowdfunding deals, today we’re diving into the latest company to seek funding from the crowd: Hoplite Power. Hoplite Power has created a charge-sharing network for smartphones through its kiosks, called Hoplite Hubs, and battery packs.

Approximately 80% of Americans use smartphones. A considerable part of our daily routine has become connected to our smartphones. Making calls, texts, clicking and uploading pictures, music, booking a cab, making payments, and more. Bottom line: Keeping a smartphone on you, and fully-charged, has become a necessity. 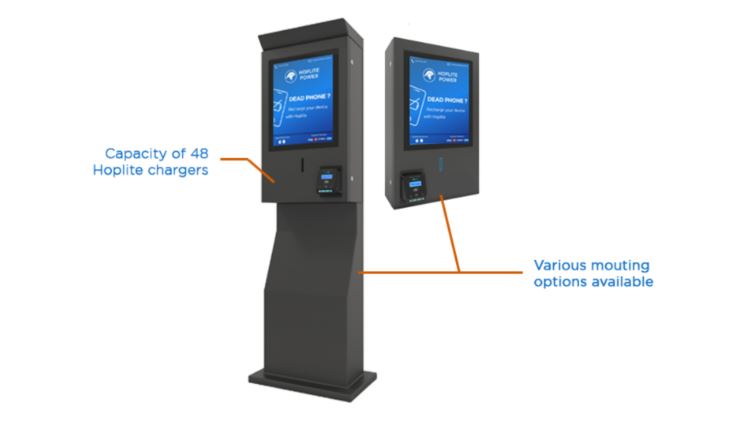 Hoplite Hubs seeks to alleviate ‘battery anxiety’ with its mobile battery chargers. The process is simple. Chargers can be rented from the Hoplite Hubs in the Hoplite network, paid for, used, and then returned to the Hubs.

Hoplite Power allows users to charge their smartphones anywhere they want. It’s also noteworthy that its chargers do not tie you to one location as do most other public charging options.

Benefits aside, Hoplite Powers’ business model has inherent flaws that make us skeptical of its sustainability.

First, as no doubt has already occurred to the reader, there are a wide variety of companies already doing the same thing. Among the well-established competitors, Hoplite Power does not provide the needed differentiation to make its product unique in the market.

Below is our deep dive into the potential drawbacks of Hoplite Power as a prospective crowdfunding investment.

1. Lack of Differentiation: Hoplite Power fails to offer differentiation to its end-user. To the consumer, it is just another phone charging kiosk with no meaningful unique features compared to its competitors. Hoplite Power is part of an industry with established market players. NRG Energy, ChargeItSpot, and FuelRod have been active for longer than Hoplite Power, and sell what Hoplite offers in more locations.

Since it is a commoditized offering with no brand loyalty, companies win simply by having distribution as in having a lot of charging station locations. With no key differentiators to speak of, how they win significant market share in a crowded market is not understood.

2. Business Model: Hoplite Power’s business model currently relies on one revenue stream: charging fees. Revenue is generated at a rate of $2.99 per day for the first 24 hours of Hoplite rental, and $1.99 per additional day for a maximum of six extra days. However, the company incurs additional expenses through revenue sharing with its host partners (think Citi Field).

Hoplite Power plans to generate more revenue through advertising on its kiosks, though the idea is still in development. 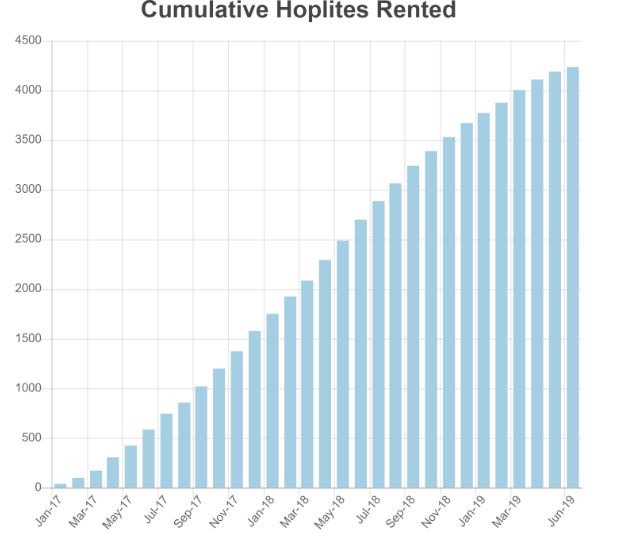 The Hoplite Power business model is dependent on a single, shared revenue stream. This concentration strikes us as dangerous, if for no other reason than the process of renting a Hoplite can be expensive and inefficient for the user in some cases, i.e. it’s only useful in a pinch.

Hoplite Power’s growth is, in our estimation, confined to placement in large venues. Scalability becomes tethered and dependent on big business to host them. Capital, marketing, and public relations are crucial to expansion and maintaining a competitive position in the market – all expensive propositions especially with so many other similar companies in the space.

Hoplite Power, is actually in a rather large market and one we found attractive recently for another company called CHRGR, which we rated as a Deal To Watch.

The reason for this is because of the unique approach CHRGR has taken to entering the market with a mobile charging solution, which provides free disposable battery chargers to its consumers through its 10,000+ venues (e.g., bars, restaurants).

By the way, these types of venues typically do not want large kiosks in their venues so the fact that CHRGR can offer a non-kiosk solution alone lets them play in a broad set of venues that kiosk companies cannot even touch.

When you look at what CHRGR is doing they are coming into the market in a segment of venues that are fairly untapped with a free solution for the customer. The customer simply grabs a charger from the bartender or staff member and doesn’t have to return the device, as the cost is covered by sponsors.

Sponsors include Instagram, Red Bull, Lyft and American Express who all see an opportunity to save the day for users and create an engaging brand experience by providing a free charger that users don’t need to return so they can keep having fun.

This advertising model across 10K+ locations drove over $700K in revenue in 2018, despite being just slightly older as a company than Hoplite Power.

Additionally, CHRGR was raising at an $8M valuation cap with $700K+ in revenues and a clear path forward to expansion/monetization. Hoplite Power on the other hand has raised over $1M and been around for 2 years but generated less than $10K in 2018. Despite this they are raising at a $5.5 to $6M valuation cap in this round.

The comparison of value just doesn’t seem to be there for the organization to make this worthwhile for investors based on our assessment and comparative analysis to the recently closed CHRGR deal.

A lack of differentiation, traction, and over-valuation in a hyper-competitive market lead us to assign Hoplite Power an Underweight Rating.

If you have any questions regarding the underweight rating of Hoplite Power, you can reach us at hello@kingscrowd.com.