Mid-August seems as good a time as any to start something new, don’t you think? Starting today, I’ll be bringing you a news roundup every Friday. I’ll touch on major happenings in the business world, exciting stuff in the crowdfunding space, and close out with a little fun (because we all need more of that).

Let’s Get Down to Business

Shh, don’t tell anyone. Airbnb is planning to confidentially file for IPO later this month. With travel way down, the rental company has been struggling recently. Airbnb laid off almost a quarter of its staff in order to cut costs during the pandemic. And the business completed two separate $1 billion debt raises from big investors like Fidelity and Silver Lake recently. Maybe Airbnb hopes to offset that debt with the IPO? Investors hungry for a chance might get the chance to buy shares later this year. But nothing is official yet, so don’t hold your breath.

Goodby Detroit, hello palm trees. General Motors’ first female Chief Finance Officer is bidding the automotive company adieu. Dhivya Suryadevara — who became CFO at GM in 2018 — is moving to Silicon Valley and joining private tech company Stripe Inc. Suryadevara is widely viewed as a rising star in the executive financial world. And with GM struggling, that makes her departure all the more painful for the car company.

Could a four day workweek be around the corner? Former presidential candidate Andrew Yang certainly thinks it should be. Yang, along with 4 Day Week Global nonprofit cofounder Andrew Barnes, touted the many benefits of a shorter workweek. Increased productivity and less stress topped the list. They also claimed that a four day week would help employees who are now working from home maintain a better work life balance. And it seems they might even be right: when Microsoft tested a shorter workweek last year at an office in Japan, they saw productivity jump 40%. Sounds like a sweet deal to me.

Alternatively: Crowdfunding and Other Assets

Stormy seas for YieldStreet. It was announced this week that the FBI and SEC are investigating YieldStreet regarding certain offerings available through the alternative investment platform. YieldStreet covers deals in real estate and art, but those aren’t the ones under investigation. The platform also gives investors the ability to put money into loans for “ship breaking,” or harvesting the metals out of shipwrecks. An unnamed investor has claimed that his supposedly diversified ship breaking portfolio all originated from one borrower. While the investigation is just that (and doesn’t mean YieldStreet actually did anything wrong), it will be interesting to see how this affects the private market in the future.

New York gives crypto the greenlight. The New York Department of Financial Services stated that NY businesses can use any digital currency that’s on the department’s greenlist as part of their business transactions. Businesses wanting to use a cryptocurrency not on that list can file some paperwork to get it approved. The state’s move definitely seems to be part of the growing legitimacy of cryptocurrency in the market. The next step? Digital credit cards just might be it.

Get your crowdfunding nerd on. If reading over 500 pages of academic studies about the development and future of crowdfunding sounds like a relaxing afternoon, then consider your Saturday taken care of. The research comes from contributors across the globe and includes exciting articles like “The Global Status of the Crowdfunding Industry” and “History of Crowdfunding in the Context of Ever-Changing Modern Financial Markets.” But really, this is an excellent collection of research, and much of it shows the success and benefits of crowdfunding. Plus, where else are you going to learn about crowdfunding in Israel or Bangladesh?

Work… home… who can tell anymore? With so many of us working from home, keeping the separation between work-life and home-life has become all but impossible. If you’re feeling the work-from-home burnout, try out some of these tips. I won’t tell anyone if you doodle a glass of wine during your Monday morning meetings. 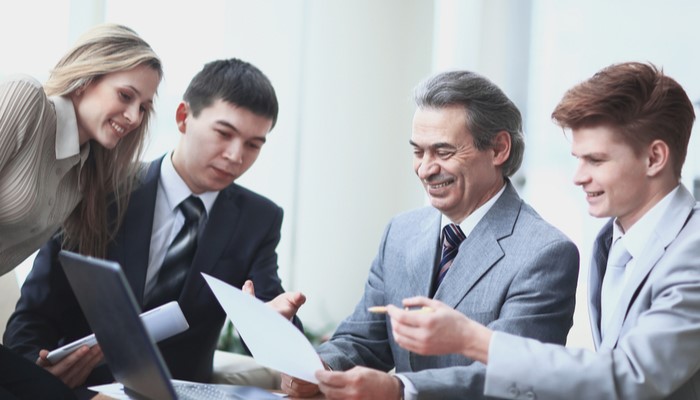 How Does Convertible Debt Work for an Equity… Below are the latest equity crowdfunding raises begun this past… ...