It may seem a little late to be doing a book review on The Startup Game: Inside the Partnership Between Venture Capitalists and Entrepreneurs by William H. Draper III at this point. It was published in 2011, and the startup investing world has changed pretty drastically since then. But that’s exactly why looking back at this book is important.

Draper’s part memoir/part extended essay paints a picture of startup investing and venture capital the way it was before the JOBS Act. The phone calls and handshakes, the board meetings and ousted CEOs. It is a small but fascinating glimpse into the genesis of venture capital as we know it today. The book also does an excellent, if unintended, job of laying out exactly why equity crowdfunding was such an essential step forward for startups and investors.

Note: if you’re unfamiliar with venture capitalists (VCs) and what they do, check out this article. In summary, VCs “invest capital into high growth potential companies for an equity stake in said companies.” Most often, they invest in startups with big ideas. VC firms are groups of individuals who pool money together and create portfolios of companies with the aim of earning high returns when some of those companies go public or are acquired. If you want to know more about the difference between venture capital and equity crowdfunding, this article goes into more detail about each.

A dominant theme throughout The Startup Game is legacy. Draper spends the first chapter proving to the reader that his family has three generations of VCs. The point continues to crop up in later pages, and Draper also spends time towards the end touting the accomplishments of his son, Tim Draper (possibly best known in pop culture for the tv show Meet the Drapers).

However, luck is common throughout the book as well, though less purposefully emphasized. It was certainly good luck that Draper was present (and possibly instrumental) in “the birth of Silicon Valley” (pg 17). It was also good luck that his early venture capital firm Sutter Hill succeeded “because there was so little competition around” (pg 36). Draper’s good luck is further emphasized by the many successful ventures he recounts. Although startup investing is well-known for having a high failure rate, Draper spends very little time considering these moments. Instead, it seems that every few pages he manages to slip in yet another smart and profitable investment that he or his firm or his son has made.

It’s worth noting that Draper does spend a brief paragraph acknowledging the luck he’s had. However, this sentiment is quickly leavened by the statement, “Work hard, work smart, and luck happens” (pg 41). Unfortunately, the overly simplistic philosophy Draper purports is not upheld by venture capital as a whole. A recent study showed that across 135 VC firms and almost 5,000 startups, white founders received over 75% of funding in a five year period. Black founders accounted for a single percent. Female founders received less than 10% (more recent data from 2018 alone shows female founders only getting 2% of VC funds). Similarly, most venture capitalists themselves are also white and male (70% white and 82% male, to be exact). If everyone “has unique qualities and characteristics” as Draper believes, then shouldn’t these numbers be more evenly distributed? (To Draper’s credit, he does spend a good part of the book extolling the potential for excellent investments in India and with Indian founders).

In terms of practical application, The Startup Game does have some useful sections. Chapters 2, 3, and 7 in particular offer specific insights into venture capital and entrepreneurship. In “How It Works,” Draper examines “the contemporary venture capital trade” and tells us what he thinks “its five key dimensions” are (pg 43). This chapter does a nice job of introducing the unfamiliar reader to the VC industry. From the importance of a VC firm’s reputation to the types of deals that can happen, Draper shows his familiarity and passion for the trade. He closes the chapter with a list of common mistakes he has seen entrepreneurs make again and again. He also includes his advice on how to avoid those mistakes. These observations make the transition to the next chapter, “What It Takes,” smoother than most others in the book.

“What It Takes” covers the attributes that “help entrepreneurs succeed” (pg 77). Draper also states that he thinks many of these same qualities are “possessed by top-tier venture capitalists.” This move becomes a familiar one in the book, with Draper repeatedly equating and comparing entrepreneurs with venture capitalists. He is very certain that the relationship between VCs and the tenacious founders they back is the essential bedrock of economic growth and success in the U.S.

Draper’s attributes of successful entrepreneurs is by no means revolutionary. He even acknowledges that he wants to avoid “the monotonous tone of most similar lists” (pg 77). However, there are some observations worth paying attention to in this chapter. He opens by talking about the importance of education. “Go to the best schools you can get into, and then figure out to pay for them” (pg 78). He also extolls the virtues of business school in particular, and the access to “many connections and networks” that it can give a would-be entrepreneur (pg 78).

In the subsection on “Expertise,” Draper makes interesting connections between the relationship of expertise, self-confidence, and decisiveness. The three are essentially interlinked, he tells us. With expertise a founder can be sure they’ve created an excellent product. That certainty comes across as self-confidence when presenting the idea to potential investors. The combination of self-confidence and expertise naturally leads to decisiveness. Founders can never have all the information they may want, but they must act anyway. Confidence and skill enable good decisions. Draper closes the section by emphasizing that “the quality of the founding team is the most important factor” when evaluating a startup, and the key thing to look for in a team is expertise (pg 88).

Coming late in the book, “Finding the Exit” is about how to find the right exit for a company and the trickiness of timing. It’s one of the most interesting parts of The Startup Game. Draper gives a useful set of questions on pages 176-177 that he says entrepreneurs should use to figure out if going public (an IPO) is right for them. These include considerations like “Is the money going to be enough?” and “Do we need this for recruitment and retention?” Draper also addresses the issue of staying private and how many VCs and entrepreneurs can choose to sell their stock too quickly. Through the experiences he shares, he shows how exits are difficult decisions that don’t have any convenient rules.

The Future of Startup Investing

Draper ends The Startup Game with a look to the future. He emphasizes technological trends he thinks are likely to grow and succeed. Some of these we have already seen come to fruition, namely “Effectively free and limitless storage of information” at a personal level and mobile voice calls “within data networks” becoming the norm. Other predictions seem further off, though still possible (“the first synthetic life-forms” and “small nuclear power plants” for instance). He does successfully predict the emergence and strength of biotech as a major industry as well (pg 224-225).

However, for all his insights and experience, The Startup Game comes nowhere near close to predicting equity crowdfunding. The glimpse into how venture capital developed early on and how it has continued to operate point to the many reasons that crowdfunding has seen such success. Draper states that a VC’s reputation is key because venture capital is “a surprisingly tight-knit community” (pg 50). He also tells us that “Silicon Valley is the home of the handshake” (pg 99). Both these statements indirectly point to venture capital’s issues with exclusivity and insularity. How many great startups were missed because the entrepreneur didn’t have the necessary connections to get in contact with VCs? And how many potentially savvy investors never joined a firm because they weren’t able to get thousands of dollars from their families when they were starting out (like the $50,000 Draper received from his father when he wanted to found a VC firm)?

The Startup Game is a solid introduction into the world of venture capital for the uninitiated. Draper’s love for venture capital and for aiding in the success of deserving founders shines through. And through his illumination of the boys’ club world of venture capital, he also shows readers why equity crowdfunding and the democratization of startup investing were groundbreaking developments. The many successful investments he brings up throughout the book emphasize the potential for wealth-generation that startup investing can yield. Reg CF gives anyone the chance at that wealth-generation. Now that’s the kind of game I’d like to play. 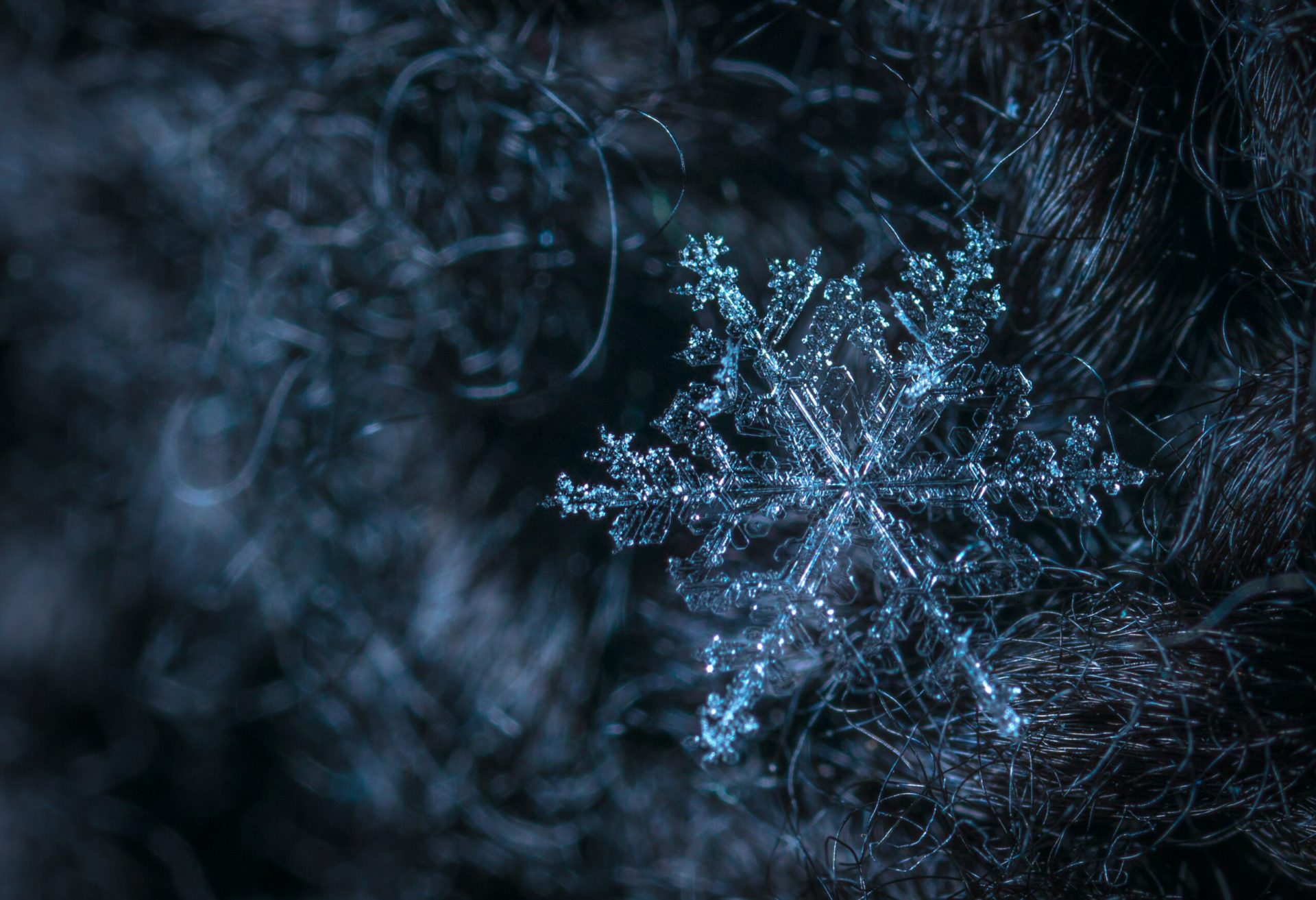 What Does Equity Crowdfunding Mean and How Does…

Equity crowdfunding is the process through which the small and… ...