This week, with news that AMC theaters might file for bankruptcy and with HBO Max recently launched, it seemed like a good time to focus on the Entertainment sector. As in weeks past, keep in mind that all 2020 data is still incomplete, so statistics might skew lower than prior years.

The Entertainment sector has been on a decline since its high of 30 offerings in 2018. It appears on pace to have a lower number of offerings this year as well. The decline in offerings this year could potentially be attributed to the current pandemic, as stay at home orders across the country have limited some entertainment options people may have traditionally engaged in. As the country begins to open up during the back half of the year, it will be interested to see if this trend reverses and more offerings emerge. 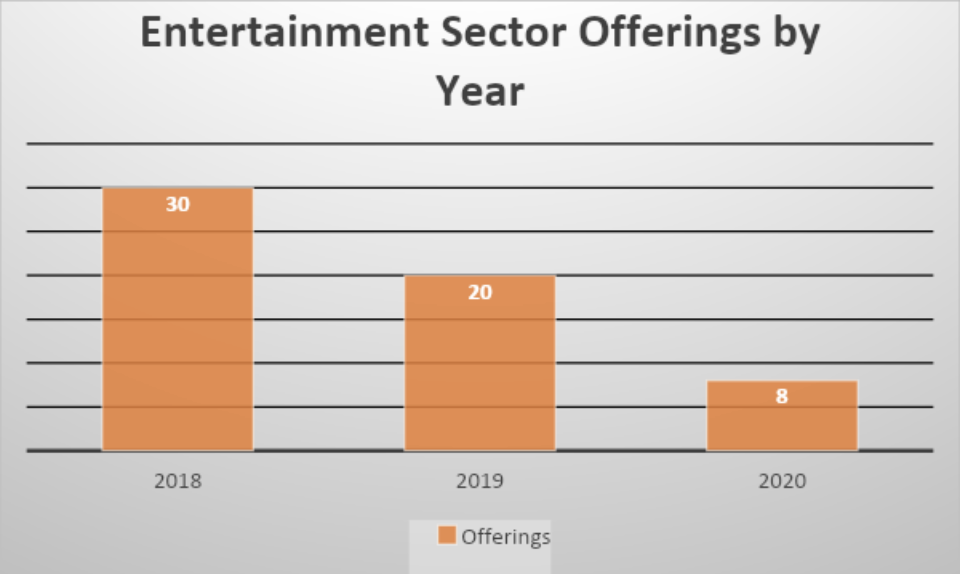 The Entertainment sector shows an increase in 2020 average round minimums from its low of $37,500 in the previous year. Not that $47,500 is high, as it falls into a lower range of offering sizes, but the increase in offer size is notable, especially after the nearly 33% decline from 2018 to 2019. This increase is also notable when you factor in the increase that offerings saw in success rates in 2019. 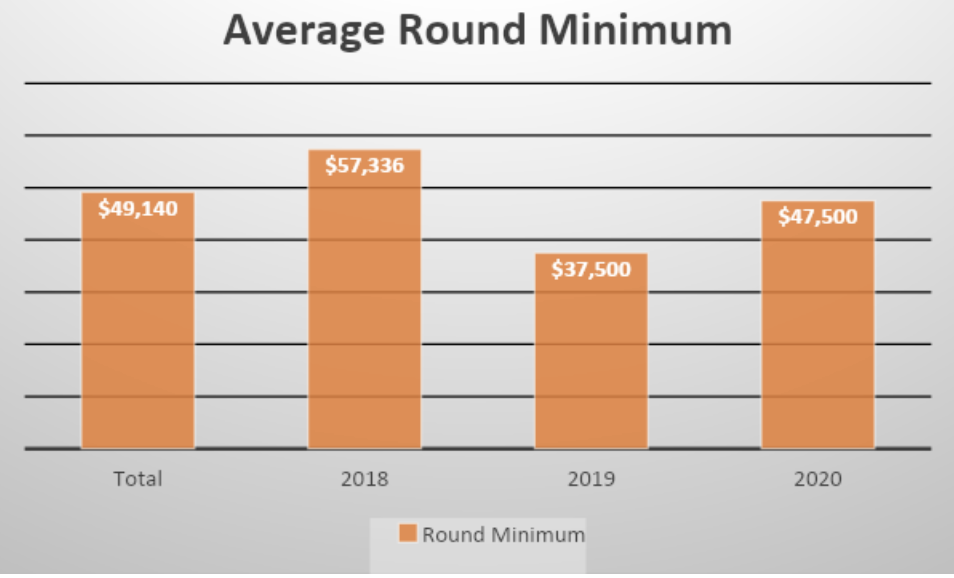 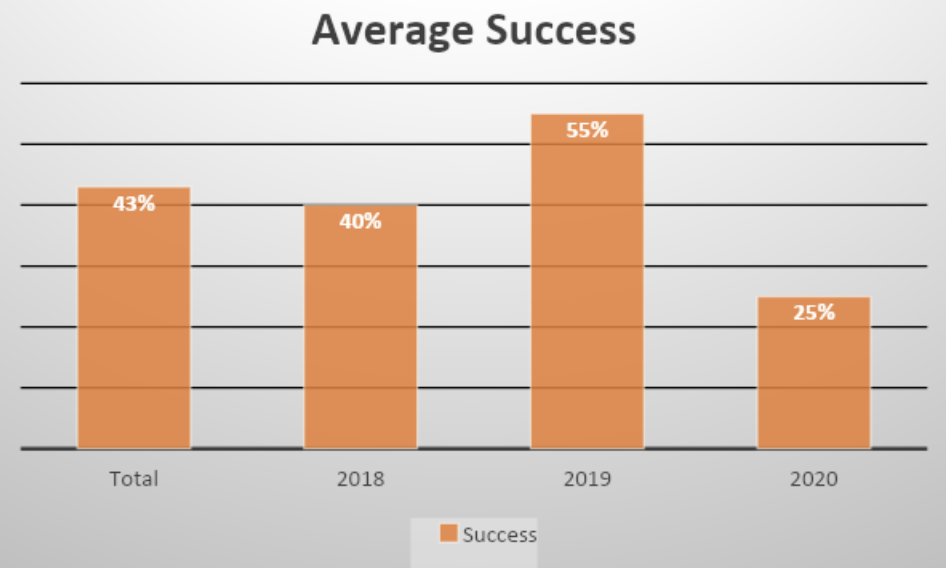 2020 still has some catching up to do in terms of the average amount raised, but with the offerings still live, there is plenty of time. It is interesting to note that, as was the case with success rates, the dip in offer minimum in 2019 seems to coincide with a spike in total amounts raised, making a case for the argument that clearing your minimum target early sends a signal to the market about the quality of your offering, which then leads to more investment. 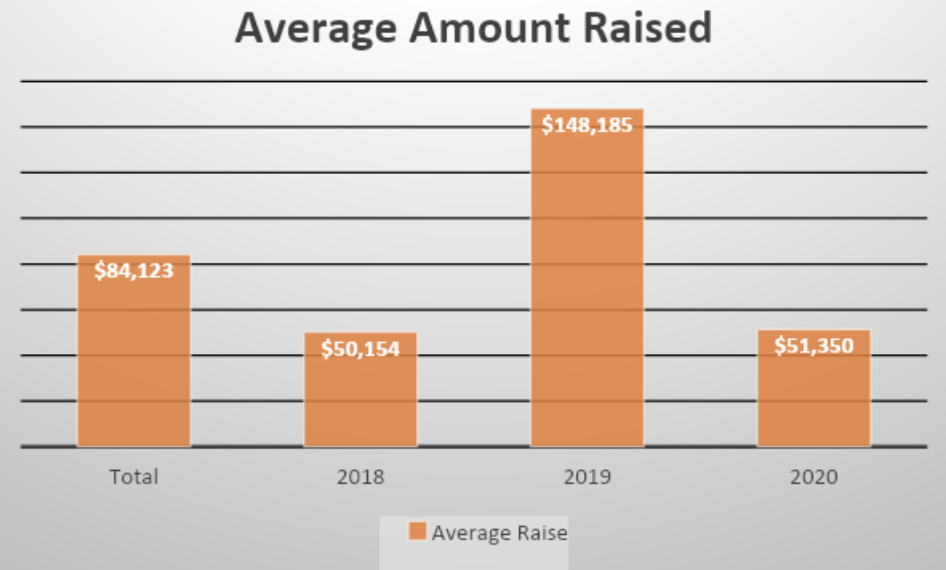 We see a similar pattern in this sector with average investors, with a peak to date in 2019 that coincides with the reduced offer minimums. 2020, while currently the lowest of the three years in our sample, can still bring this average back up as live offerings still have time to draw in more investors. 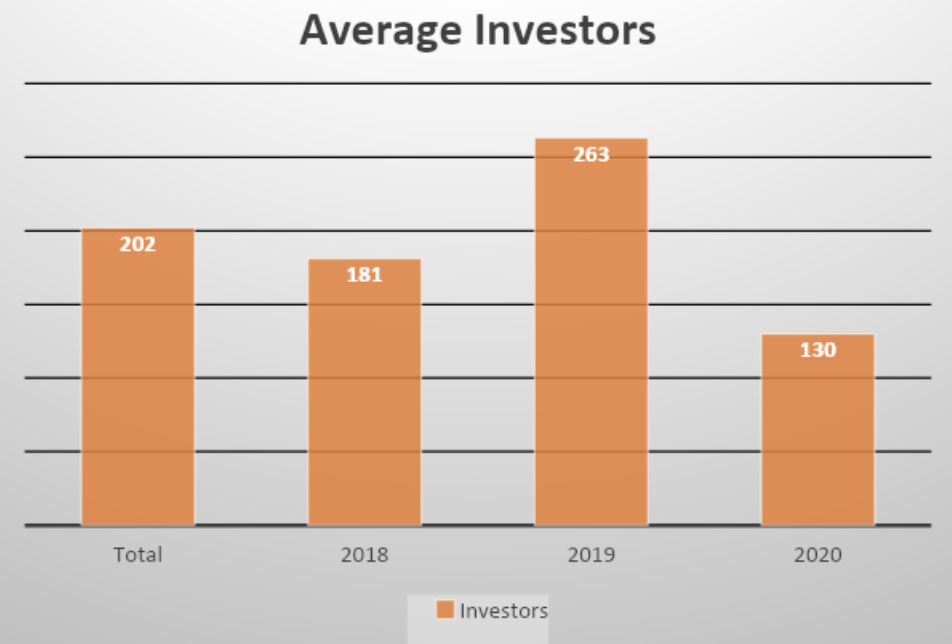 In this next section, I break down where the Entertainment offerings have positioned themselves on the various offering platforms, in total and by year. 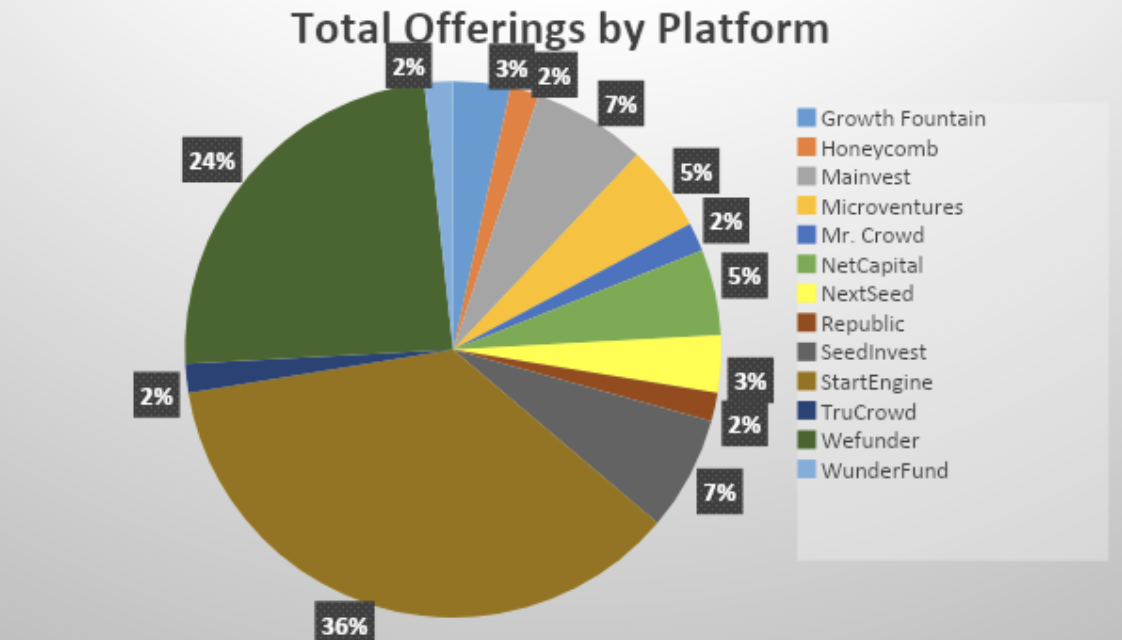 StartEngine and Wefunder, once again, have hosted the majority of offerings on their platforms. Different from previous sectors is the absence of another competitor crossing the 10% threshold, with a number of platforms congregating around 2%-7%. 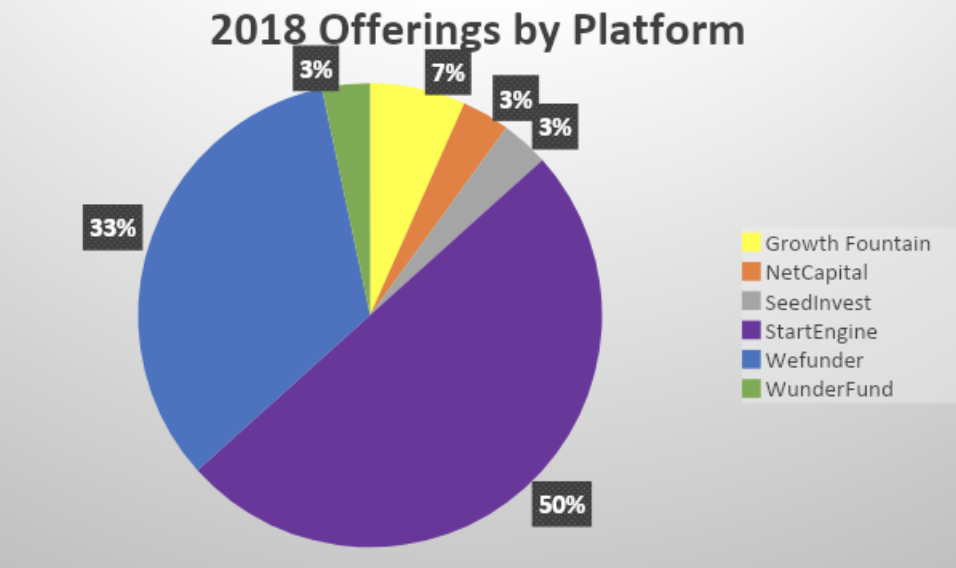 At the outset, as has been the case with most sectors in 2018, StartEngine and Wefunder dominated with nearly 90% of the overall market. 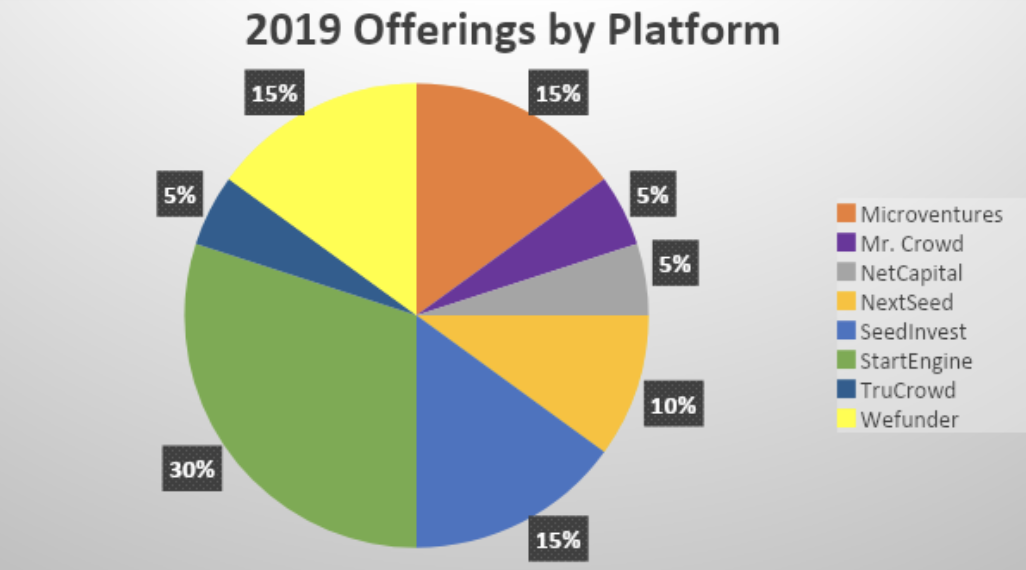 StartEngine continued to dominate the sector in 2019, while Wefunder saw its market share eaten into by SeedINvest and Microventures, all at 15% of the market. 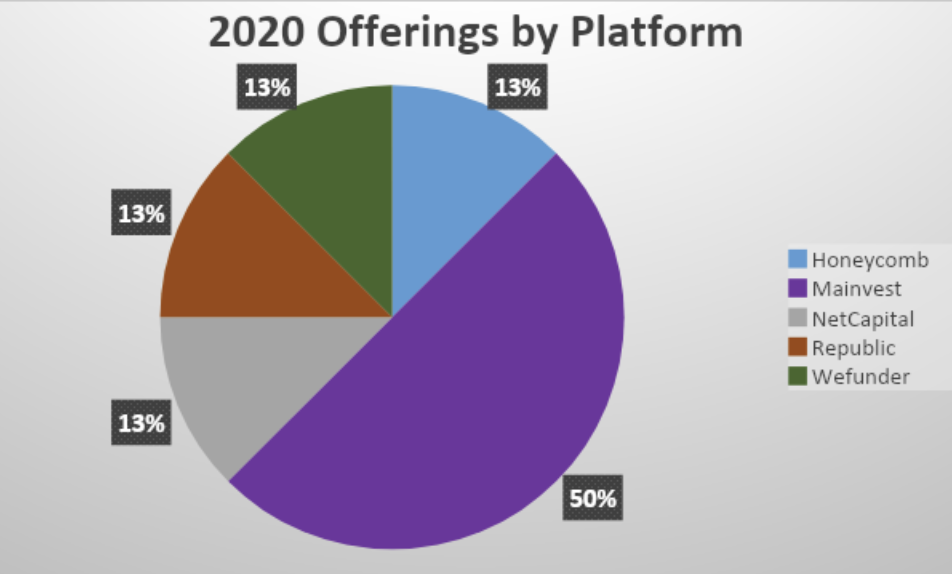 Finally, some statistics on the financial data for some of the companies raising capital through Reg CF. This information is obtained directly from a company’s SEC Form C filing. Information has not yet been collected for 2020.

As may be expected, a lot of companies raising money through Reg CF are still in their early stages, and have not yet turned a profit. Ultimately, we would expect that trend to reverse, but yet again we have another sector where net losses increase from 2018 to 2019. And in this case, the increase in losses comes with a significant increase in revenues from the prior year. This tells us firms are spending more. This statistic also puts more of an onus on the investor to monitor where those dollars are going before they invest. Be sure to read the Form C, or the offering page, to see how the company you are investing in plans to use your investment dollars and think about whether that seems like a good use of your funds. 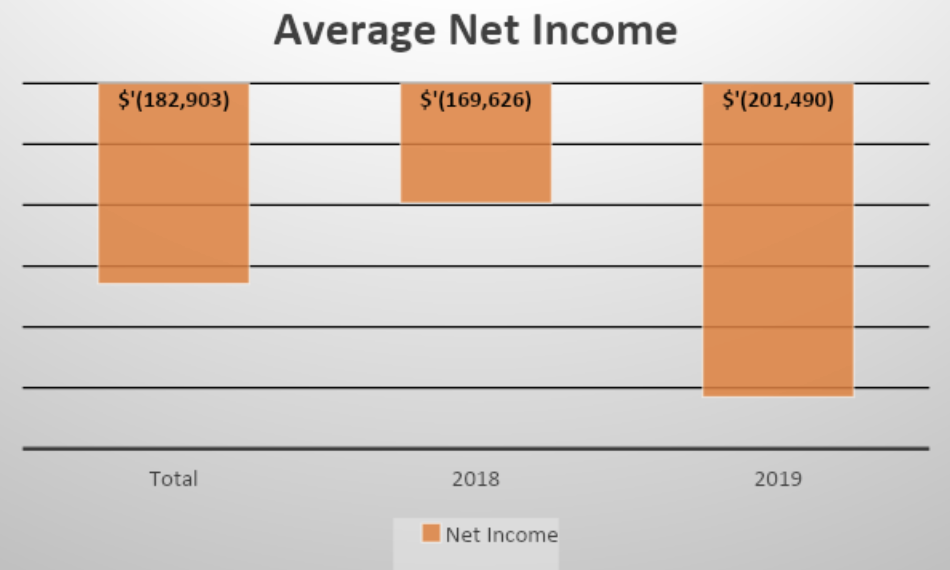 The increase in revenues from 2018 to 2019 is nothing short of astronomical, which makes that net loss number above so out of place. But the increase in revenue is also a positive sign that these firms coming to market have proven some ability to gain traction in the marketplace. Now they just need to do a better job of controlling costs. 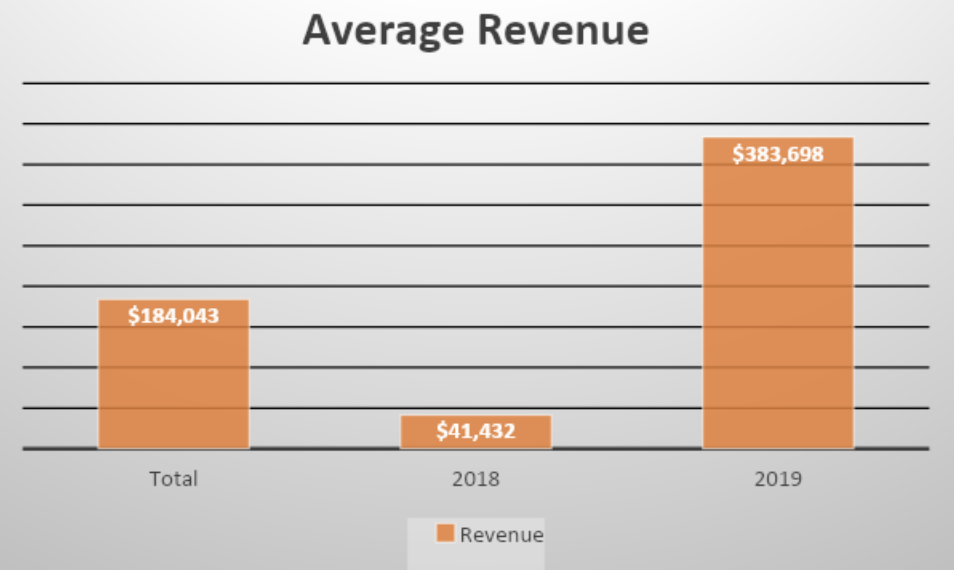 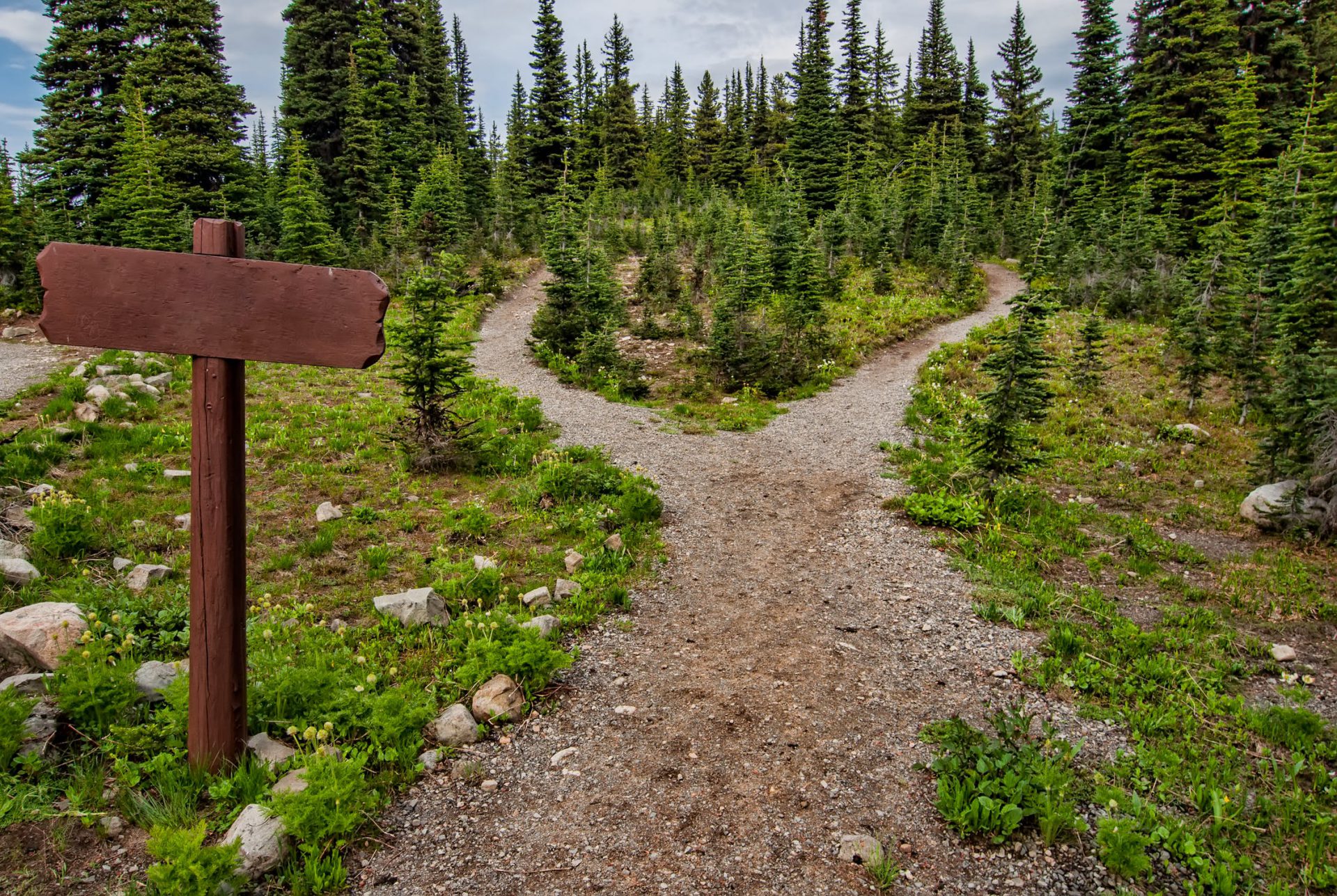 The Art Of The Pivot

Startups or early-stage companies are precarious ventures that can tumble… ... 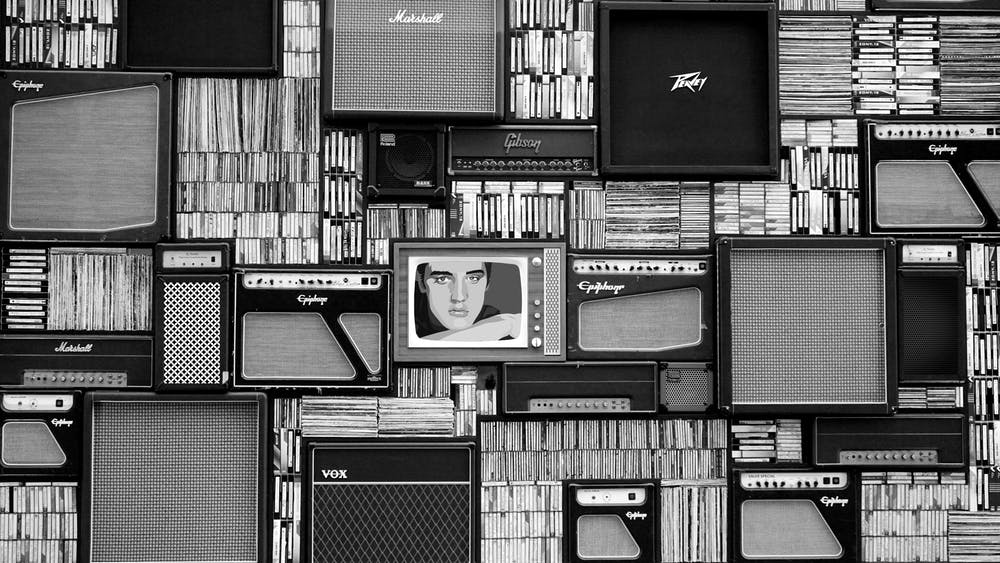