This week, my attention is on the Software sector. As in weeks past, keep in mind that all 2020 data is still incomplete, so statistics might skew lower than prior years.

The software sector had its fair share of offerings over the past two years. It looks to be headed toward another solid offering total in 2020 (on pace for 110 offerings). What we can glean from this is there are a number of companies in this industry who see crowdfunding as a viable solution for early stage funding (especially compared to sectors like Sports, which we covered last week). 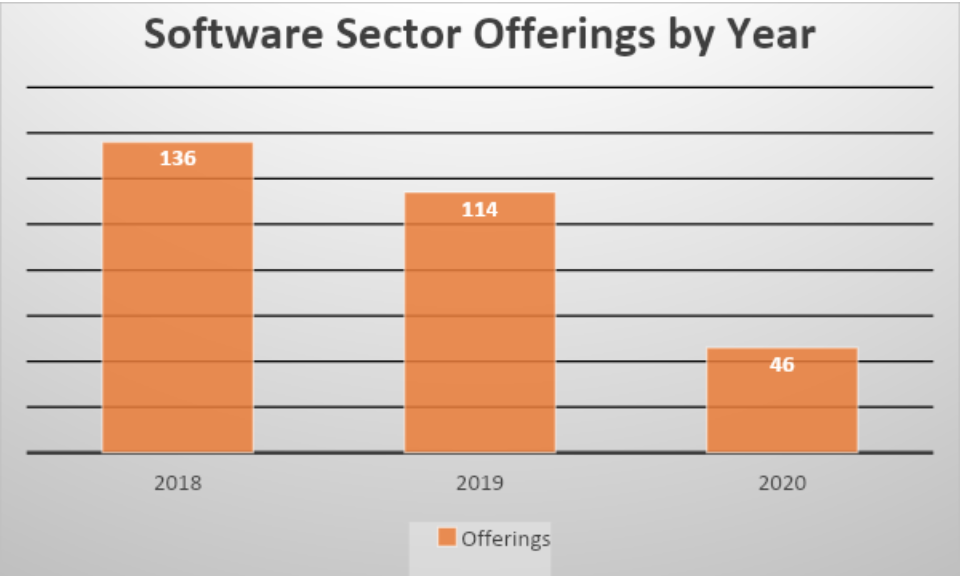 The Software sector has the lowest average round minimum we have seen so far, coming in at under $40K. Currently it’s also at the lowest minimum for the last three years. We can interpret this result in a few ways. One is that these firms want to guarantee they hit their target, keeping their eyes on a much larger prize. The other is that while these firms are turning to the crowdfunding market for capital, they also value the proof of concept and publicity they might gain through these offerings. It is important to understand what these firms say they plan on using funds for in their offering document and on their offering page. Those sources can provide insight into why the firm is seeking such a small amount. 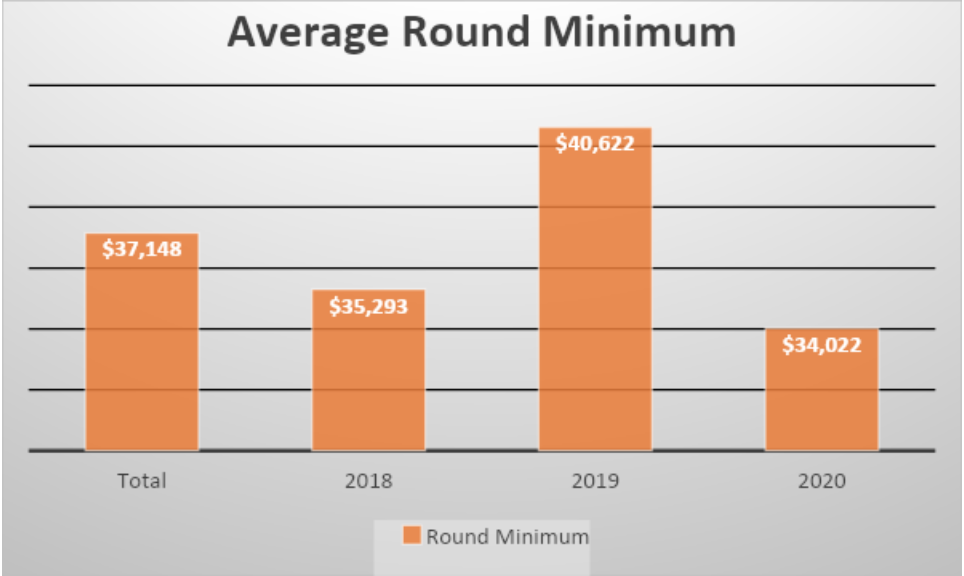 Despite the low minimums, the success rate for these offerings does not appear consistent with the idea that the firms are setting low minimums to guarantee success. 2020 still has a chance to pull up its success rate to surpass prior years (and the lowest round minimum may help that). It remains to be seen if that will be the case. This disappointing success rate lends some credence to the thought that these firms might be jumping into crowdfunding for reasons other than just capital infusions. 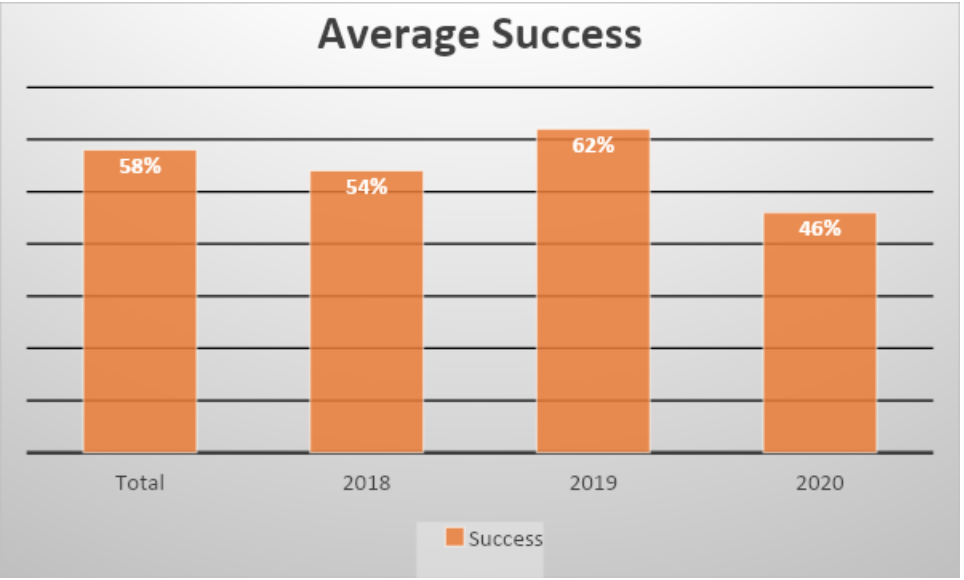 The average amount raised so far in 2020 is nearly $93K, which is almost level with the sector’s three-year average. And with 33 of the year’s 46 offerings still active, we should expect to see this total increase as the year progresses. 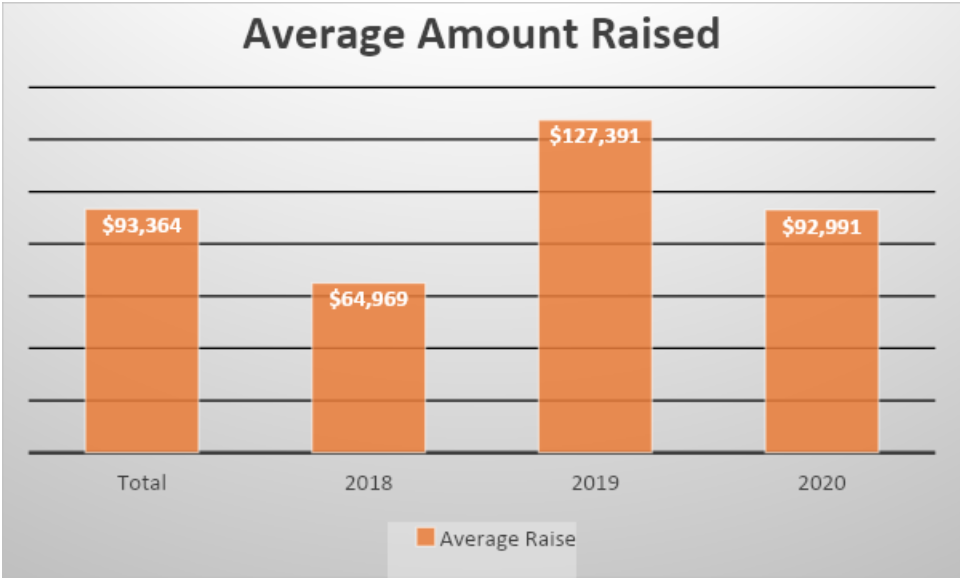 Following a similar pattern as the average amount raised (above),  2020 looks like a year that will boost the total average investors. That number will continue climbing throughout the year (and is getting a boost from over 1,300 investors for Solutions Vending). The total in 2019 was boosted by four offerings with over 4,000 investors (all on Republic), so we see a few large offerings can help raise the average quite a bit. 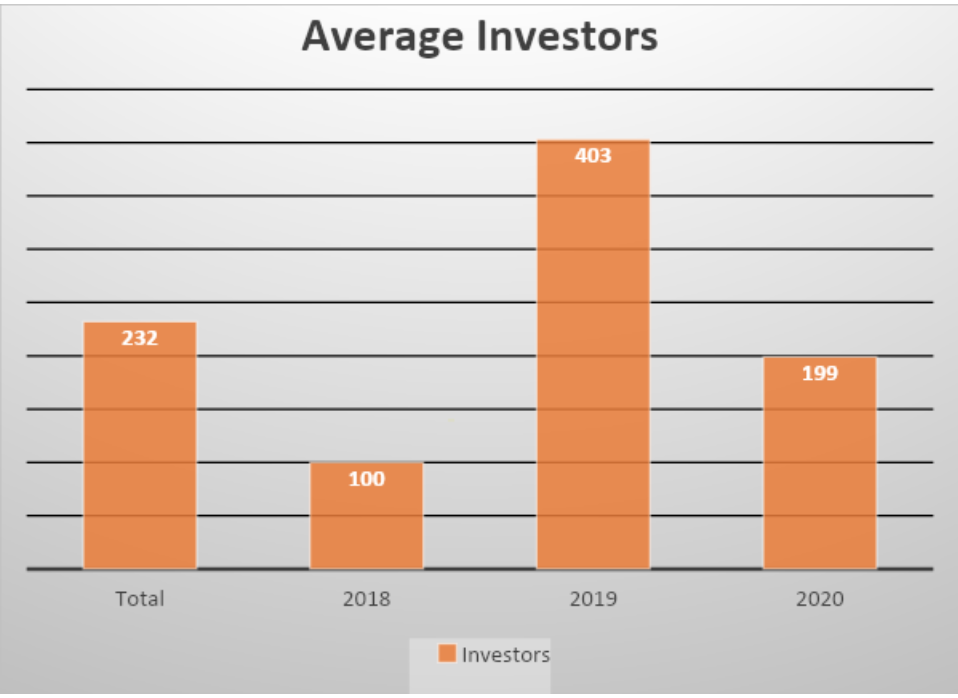 In this next section, I break down where the Software offerings have positioned themselves on the various offering platforms, in total and by year. 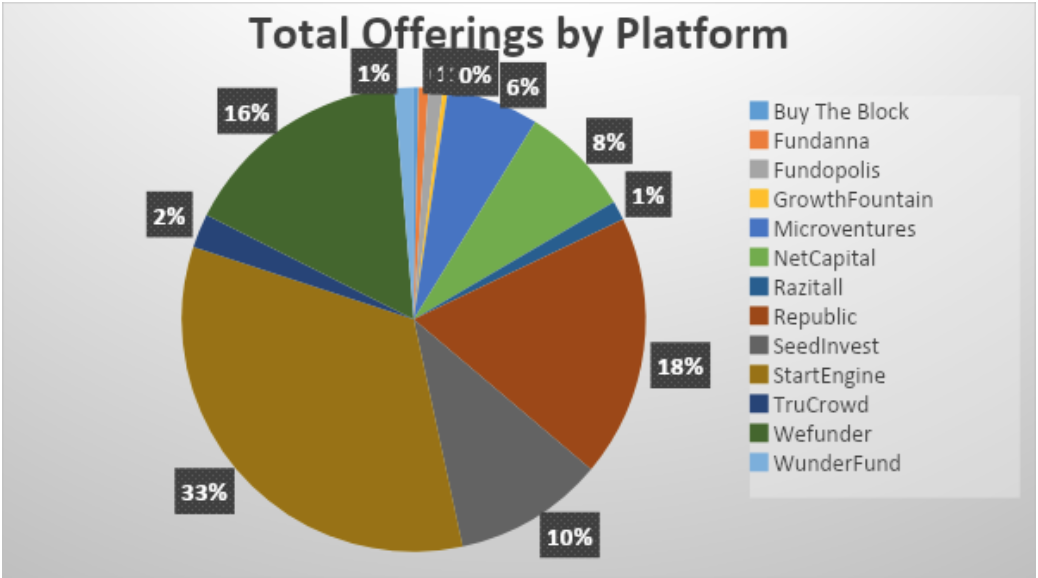 StartEngine is the major player in this sector (not unlike what we have seen in prior weeks). Instead of Wefunder taking the second spot, though, Republic sits nearly atop the leaderboard here. SeedInvest plays a role as well. These are two platforms we have not really seen toward the top so far. This data may indicate an industry niche. 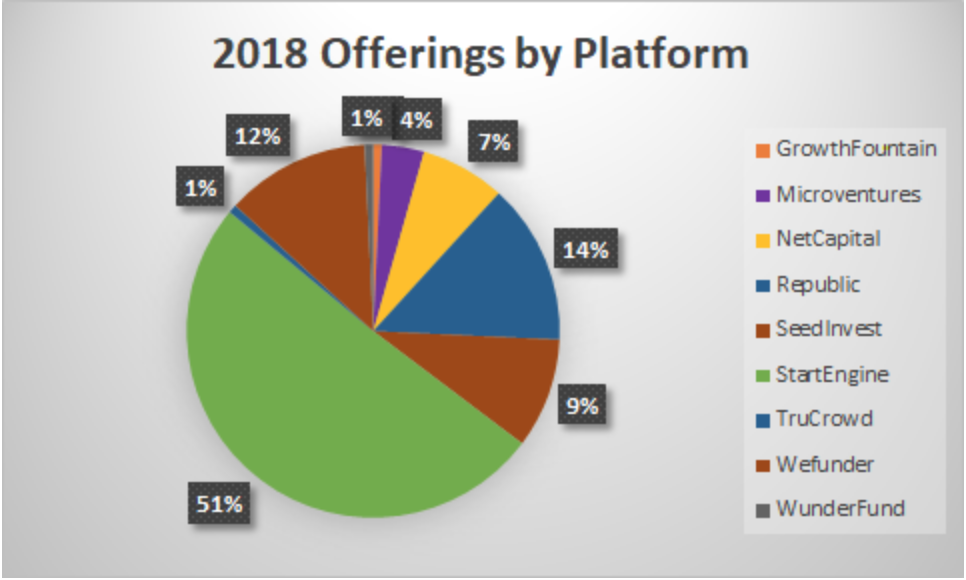 The picture here is fairly straightforward – StartEngine dominated the market in 2018, helping to build its overall market dominance. 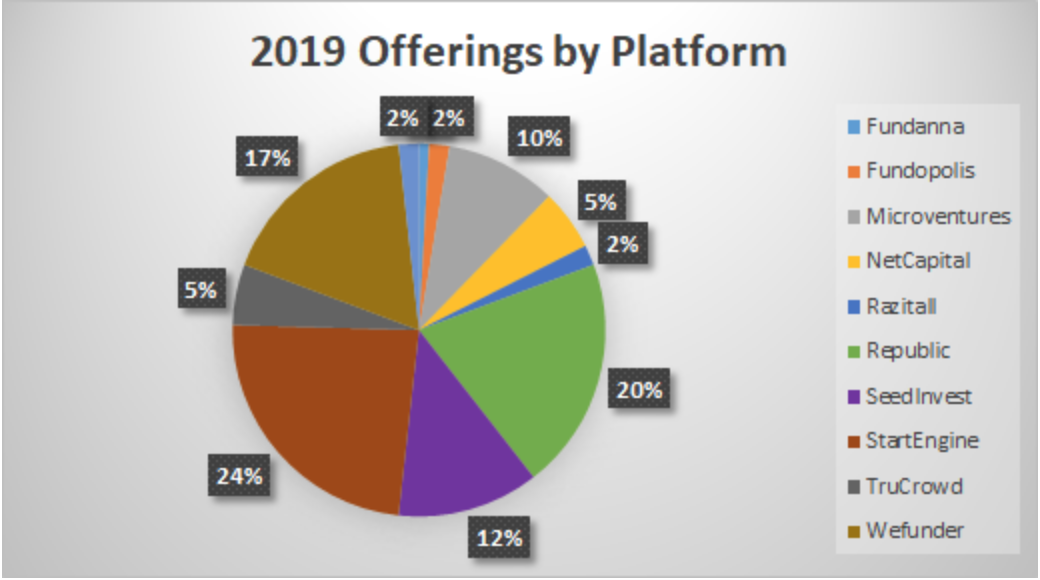 Last year is when we see Republic start to take a bite out of StartEngine’s market share. Wefunder and SeedInvest also began to rise that year. And Microventures emerged as a competitor in the market, crossing the 10% threshold. 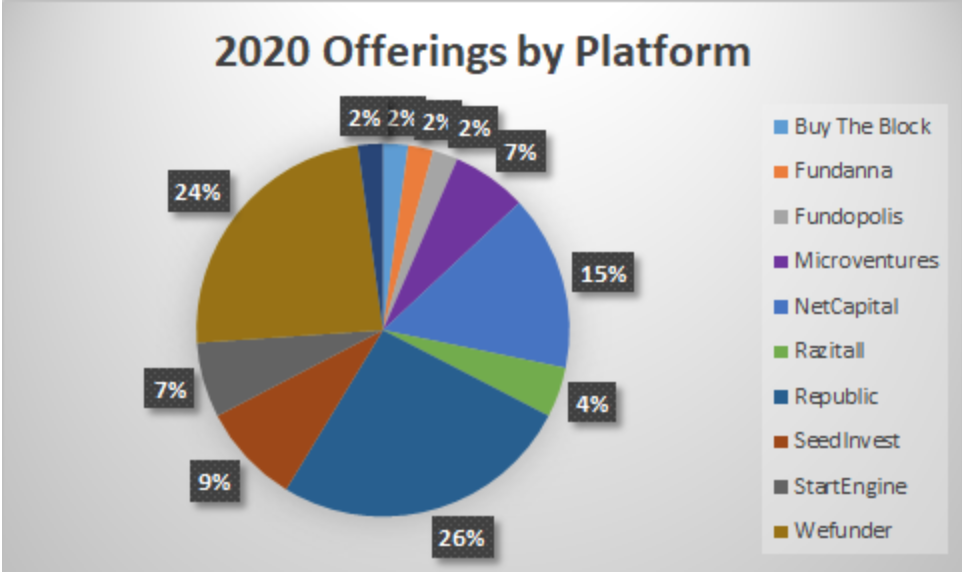 2020 sees a new competitor cross the 10% threshold, with NetCapital reaching 15% of the market. Republic has also had more offerings than any other platform thus far. There are also a number of smaller players trying to work their way into the market (Buy The Block, Fundopolos).

Let’s close with some statistics on the financial data for some of the companies raising capital through Reg CF. This information is obtained directly from a company’s SEC Form C filing. Information has not yet been collected for 2020.

As may be expected, a lot of companies raising money through Reg CF are still in their early stages, and have not yet turned a profit. Similar to prior weeks, 2019 saw an increase in net losses experienced by these firms. When considering these investments, It is important to think about what is driving these net losses. Look to see whether they are due to a lack of revenue or being driven by expenses incurred by the company. 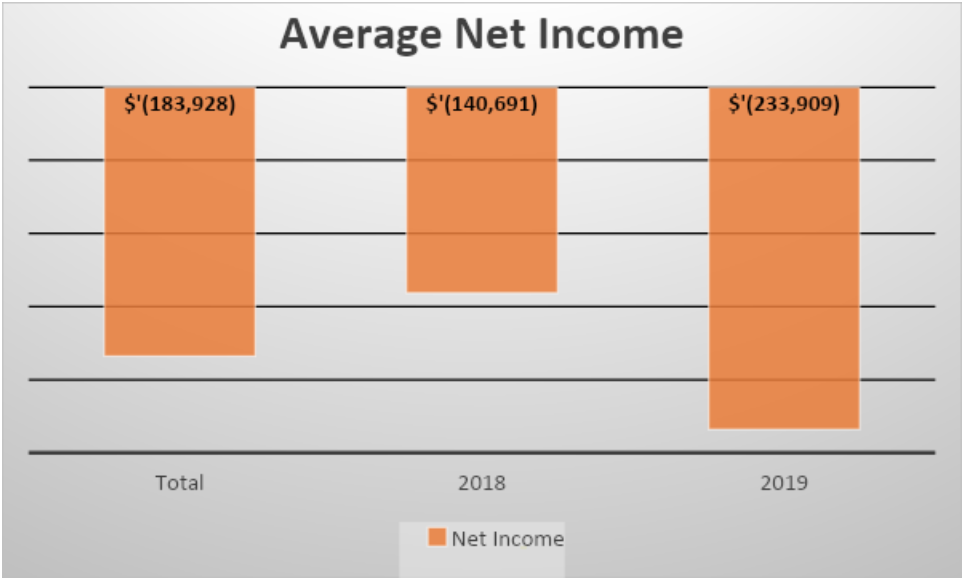 And while these firms are not generating the same levels of revenue as the other sectors we have examined so far, it is clear that these firms have advanced past the pre-revenue stage and demonstrated a market for their products. The uptick in 2019 is a promising sign that these companies are starting to generate more revenue. Hopefully they will turn those net losses around. This data again suggests you should check what expenses the company has that are generating the net losses we see above. 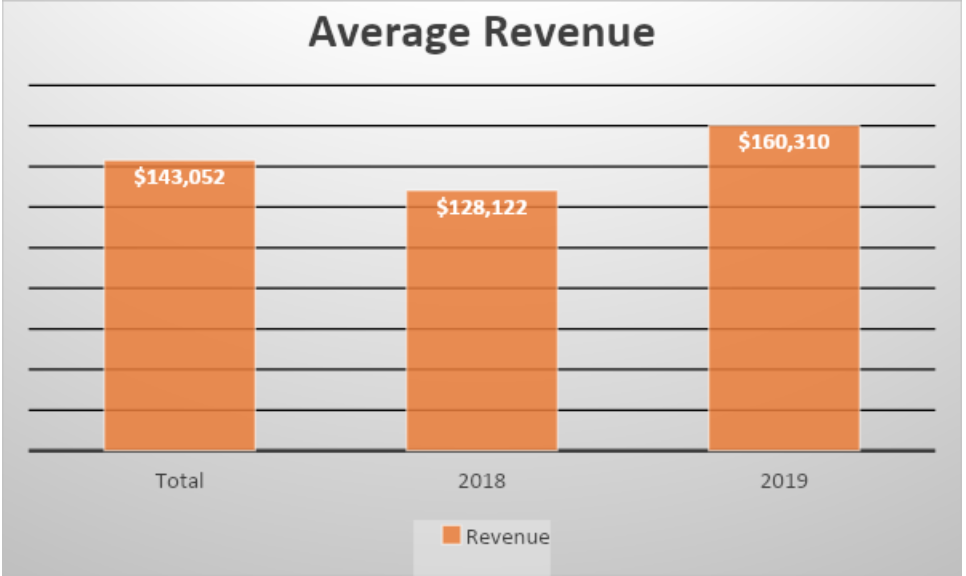 Some Software firms KingsCrowd is looking at:

A-Plan Coaching – A Deal to Watch

Keyno – A Deal to Watch

Hello Baby – A Deal to Watch 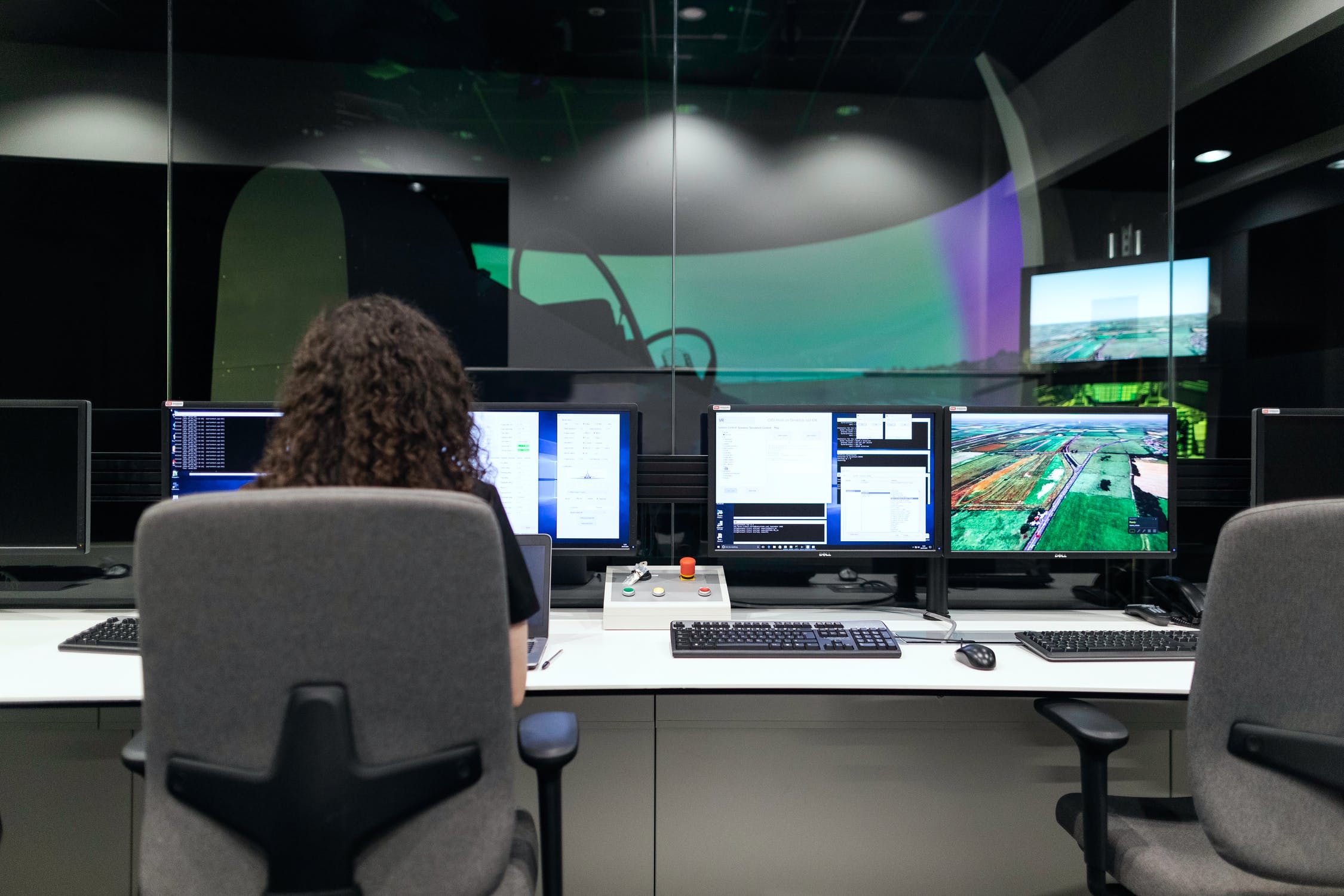 Is Common Stock the Ideal Security-Type for Equity… 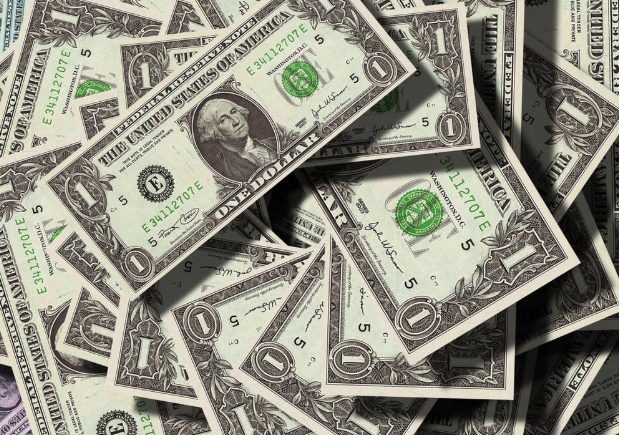 What is an Angel Investor and How do…

This week, my attention is on the Software… ...

Will You Swipe Right on Dating Apps as…

The dating game has long been considered taboo, but in… ...