As of September 12, 2018 Ring4 had raised $65.9K of the current $500,000 round.
The Ring4 team has been selected as a “Top Deal” by KingsCrowd. This distinction is reserved for deals selected into the top 10% of our deal diligence funnel. If you have questions regarding our deal diligence and selection methodology please reach out to hello@kingscrowd.com

Let’s face it: Business owners and freelancers have little in the way of secondary phone line options. One can either buy another cell phone ($40-$100 per month) or simply use a personal phone to conduct business.

There are more and more freelancers, small business owners, and world travelers who need a better solution. In our view, that solution is Ring4.

Empowered by the global prevalence of smartphones, Ring4 an app-based “2nd phone line” that is now available for anyone looking for a secondary phone line without a second phone-bill.

As with many startups, Ring4 likely wasn’t viable even 10 years ago.

As a smartphone app, it utilizes internet data — not cellular towers or lines. Meaning it works anywhere you have wifi. No cell minutes or text allowances required. One could fly to a foreign land tomorrow and, with the Ring4 app, call home to check in with the family from anywhere there’s an internet connection available.

If Ring4 “rings a bell” and reminds you of Google Voice in the minds of KingsCrowders you are half right. Alphabet’s “Google Voice” was designed as an internet-based service that forwards calls to a cell phone originating from a proxy phone number controlled by Google.

Flash forward 9 years and Ring4 is the first to build a cost-affordable solution for the iPhone-era. As an app that “lives” on your cell phone, the phone line is yours — entirely independent of an existing phone line or service. 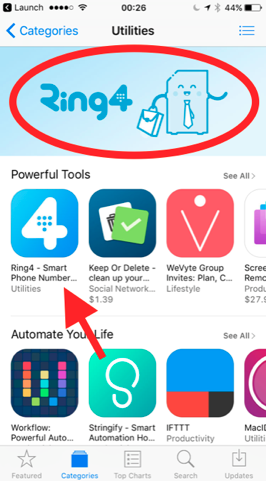 Many an entrepreneur has gone the “Burner” phone route — using a cheap disposable cell phone number to run operations. Inevitably they all wonder — is the cost and hassle worth it?

As with other cell phone applications, Ring4’s main source of distribution is the iPhone App Store.

It’s still early, and the company is in the midst of building out the Ring4 Samsung application, but in our estimation following in the footsteps of Uber and WhatsApp is probably ok.

Anyone that wants a “second phone line” can benefit from Ring4.

That being said, and as we discovered speaking with Ring4 Founder and CEO Alex Botteri as part of our due-diligence process, management sees the strongest demand source as freelancers and entrepreneurs.

The United States alone is an enormous opportunity for Ring4. In an article published by Forbes in October 2017, it was noted that according to the Freelancers Union an estimated 50% of the workforce will be doing some sort of freelance work to earn money by 2027. That’s up from an estimated 35% in 2017. The same article notes that in a survey done by mega-freelancing platform Upwork, 47% of millennials say they do some form of freelancing.

A more recent study put out by Nation1099 in July 2018, estimates that 11% of theU.S.’ work-age population earns the majority of their income from freelancing/contract work.

The actual number of freelancers in the US is hard to comprehend: there are over 57 million “freelancers” in the U.S. today. That’s up from 53 million in 2014. Globally the market prospects are even more favorable.

By 2020 40% of the U.S. workforce will be doing some sort of freelance/contract work. WeWork has built a multibillion-dollar business out of servicing these entrepreneurs — yet there are no true easy-to-use, cost affordable “second phone line” options on the marketplace. That is, until now.

When we started vetting Ring4 we were immediately reminded of another app-based communications solution that took the world by storm with its elegance and simplicity: WhatsApp.

You know, the smartphone-based messaging system with over 1.2 billion monthly active users that was acquired by Facebook for  $19 billion in 2014. This was despite Whatsapp sporting little revenues (let alone profits) to speak of at the time. Ring4 is quickly following in WhatsApp’s “freemium” footsteps (WhatsApp having since pivoted to offering premium communications solutions to businesses to generate revenue) with 250,000 active users at the time of this writing.

Were you to download Ring4 right now (highly recommended) you can instantly generate a number for free and use it to call anyone using pre-paid or ad-sponsored credits. If you want to skip the “credits” and go all-in you can buy an unlimited plan for just $9.99 a month — a bargain any way you slice it.

Such a good deal, in fact, that more and more users are taking advantage. To management, the “holy grail” metric is “Sales Per Installation.” A figure that has climbed from $1.4 to $5.05 since Ring4 launch in March 2017.

It’s not often you find a business that makes more money per customer as it grows. 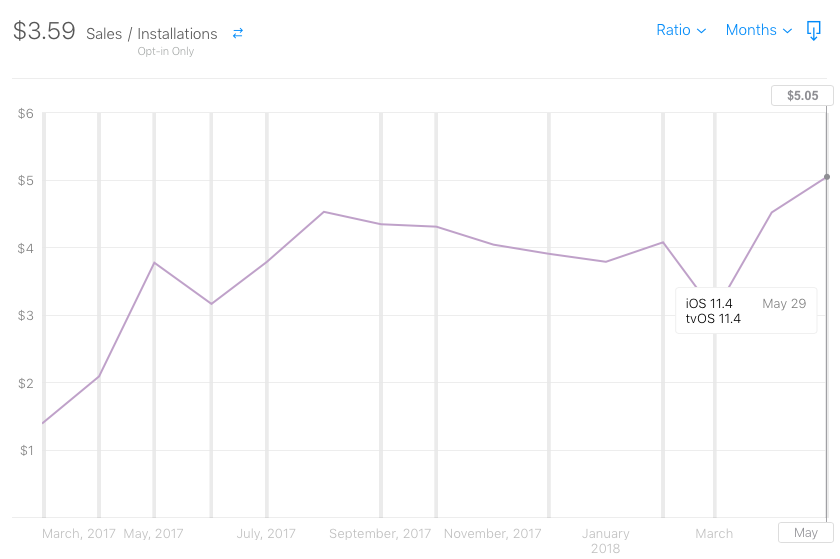 Ring4 is led by founder Alex Botteri, a French-born Silicon Valley veteran armed with a computer science degree and 10 years of business development experience. Previous employers include Tyntec and IBM.

Alex is aided in his quest to offer the world a second phone line by Florian Lecluse (formerly of TextMe Inc.) who led iPhone app development and Harold Thethiot, Ring’s full-stack engineer who also happens to of created Sylaps’ conferencing solution. Bringing it all together seamlessly is Illia Strikhar, head of user experience and design.

It’s a dynamic and well-experienced team that we think has the capability to make a major dent in this market opportunity.

We rate Ring4 a Top Deal to crowdfunding investors. It is the solution to a very common problem: easy access to a low-cost secondary phone line. It is making more money per user as it grows — a classic sign of an incredible business reminiscent of Google, Facebook, and any other business you can think of where network effects are present.

As icing on the cake, those on the fence will be comforted by the recent $50 million Series D funding round by Dialpad – a virtual phone line solutions provider for enterprises. If nothing else, the deal serves as proof that the future of the “phone call” will be internet based – a trend that has Ring4 as its leader for the gig economy.