Winc has been selected as a “Top Deal” by KingsCrowd. This distinction is reserved for deals selected into the top 10% of our due diligence funnel. If you have questions regarding our deal diligence and selection methodology, please reach out to hello@kingscrowd.com.

Direct-to-consumer or DTC models for consumer goods are steadily increasing in popularity in tandem with the rise of social media. This strategy engages with consumers in a more direct manner, appropriate for the digital age.

“The number of manufacturers selling directly to consumers is expected to grow 71% this year to more than 40% of all manufacturers. And over a third of consumers report they bought directly from a brand manufacturer’s web site last year.”

However, traditional wineries are behind the curve with this approach, often leaving them out of touch with the millennial generation. As millenials and gen xers approach drinking age, the wine space needs to tailor to their values—transparency and convenience.

Winc is creating a winery for the 21st century. In doing so, the team aims to disrupt the $60+ billion U.S. wine market. To date, Winc has produced 664 wines from 78 grape varieties, and 97 regions across 12 different countries. Summer Water Rosé, a highlight of the portfolio, has a combined $10M in sales and has grown at over 1200% CAGR. 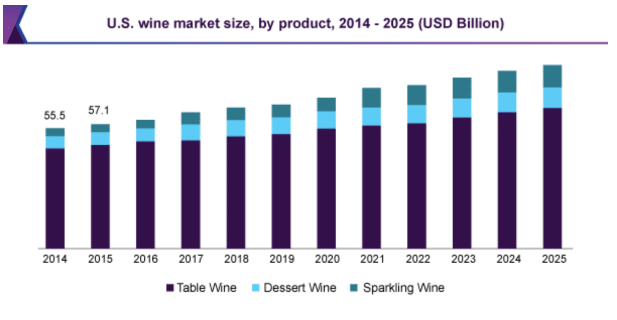 With DTC proof-of-concept, Winc introduced brands into the broader wholesale market. Total wholesale revenue stands at $17M since its launch and has grown at a 69% CAGR. Winc’s products live in 3,100+ locations, including Whole Foods, Vons, and Gelsons.

CEO and Co-Founder, Geoffrey McFarlane, previously founded Play Coed, a Sports Management Software which sold to LeagueApps. Afterwards, he served as Head of Operations at Banctek Solutions and later Co-owned Jet Partners Hospitality Group. He holds a degree in Real Estate from the University of Denver.

President, COO, and Co-Founder, Brian Smith, served as a Wine Director at Clo Wine, and later founded Loca Linda Wines, which exited in 2017. He then founded Jules Smith, a design company still in operation. He holds a degree from the University of Vermont.

Director of Winemaking, Ryan Zotovich, has prior experience as Cellar Master for Seasmoke Cellars, and General Manager, Partner, Winemaker, and Viticulturist for Zotovich Cellars.

Additionally, Winc has plans to strategically acquire a minimum of one brand per year. Finally, in 2020 Winc will launch a Saké product and eventually plans to roll out beer and other spirits.

Winc Wines is a Top Deal. With its impressive early traction, consequent proof-of-concept, strong team and investors, and clearly outlined growth plans, Winc is well positioned for continued success. Provided that the team follows through on plans for scaling, a successful exit could be in the near future. Just last year 11 major winery transactions totaled $700 million, highlighting recent, significant movement in the space.

The Winc team has identified and capitalized on a market pain point and successfully marketed to a group that was previously untargeted. With clear proof-of-concept, new products are positioned to thrive in the already established DTC and wholesale markets. Given the immense success of Winc’s individual products, specifically Summer Water Rosé, rolling out new products and tapping into the beer and hard liquor space could bring in significant additional revenue.

Finally, the productive use of data gathered through DTC sales further differentiates Winc from other DTC wineries.