Persona has been selected as an “Underweighted Deal” by KingsCrowd. This distinction is reserved for deals not selected into the top 10%-20% of our due diligence funnel. If you have questions regarding our deal diligence and selection methodology, please reach out to hello@kingscrowd.com.

Password management is a serious business. Several companies over the years have delved into this space, seeking to provide users with varying solutions. Some of these have focused on the enterprise side of the market, while other firms look to mass-market consumers for an opportunity. At the end of the day, they all have one goal: to provide users with security and convenience at an affordable price. One of the newest entrants to this space is Persona. The company is a small startup looking to scale rapidly. It believes that its slate of offerings is the perfect mix for internet users across the globe.

Saying that internet users have a lot of passwords would be an understatement. Depending on who you ask, the number can fluctuate significantly. In its own documents and on its website, Persona uses three different numbers: the average person has either 130 online accounts, 150, or ‘nearly’ 200. In truth, depending on when the data was collected, the answer could be all of the above. This is because the number of online accounts per internet user is doubling every 5 years. In an analysis conducted in 2015, competitor Dashlane put the number at 90. A more recent analysis found that the average business user has 191. The bottom line though is simple. The average person has a lot of online accounts and in an era of ever-growing security threats, solutions to make users’ lives easier are welcome.

Identity and password management solutions have been around for years. Any user of Apple products, for instance, knows of auto-fill password functionality on their devices. Other computer companies offer these options as well. For users looking for a more premium, streamlined solution, one option to consider a company like Persona. The company is positioning itself as an Identity Management SaaS (software as a service) provider. Since launching, the company has already provided browser extensions for Chrome, FireFox, Edge, Opera, and Brave.

The options offered by Persona are diverse. The company provides auto-save functionality for new logins for all of your accounts. It provides a one-click login on sites where you already have login credentials for. The firm offers automatic password rotation where it updates your password if it has been identified as being involved in a breach. Its quick sign-up feature makes it easy for users to create new accounts online. Also, its ‘advanced’ autofill feature inserts your name, credit card information, address, phone number, and email into website forms when appropriate.

One important view pushed by management is that users should have control over their online identities. It allows them to control, for instance, which online companies can have information about the user in question. Users may also provide other individuals with temporary access to their online accounts. This can be done without giving them their passwords. Additionally, the company allows users to utilize their phones to log into their Persona account password-free.

In exchange for these services, management intends to charge users $3.99 per month, or $29.99 per year. Their investor presentation, which is apparently outdated, lists a price of $1.99 per month or $19.99 per year. It also offers a free version of itself for up to 30 accounts. Either way, this pricing is in the range of what other players charge. LastPass, for instance, has a plan starting at $3 per month that includes 1GB of personal information storage. It also provides a family plan for up to 6 people that starts at $4 per month. Its enterprise-level offerings go up to $8 per month for each user. Dashlane has a free option for up to 50 accounts, plus it offers plans for up to $9.99 per month.

Persona seems to be working hard at distinguishing itself from its peers. As the image below illustrates, the company claims a wide variety of offerings that it says its competitors don’t provide. This list may be outdated. This is because Dashlane does offer secure sharing as opposed to the insecure status of sharing that Persona alleges. In 2019, Dashlane raised $110 million in venture capital, bringing total funding during the company’s life up to $185 million. With those kinds of proceeds, it is able to offer features that Persona can’t at this time. This includes VPN for Wifi protection, credit monitoring, and even $1 million worth of identity theft insurance.

There is no doubt that there’s a need for the types of services being offered by Persona. Dashlane’s own operating history and capital raises illustrate that. So too does the fact that Dashlane’s user count surpassed 10 million back in 2018 and has more recently been estimated to exceed 15 million. Studies confirm the need for these services. According to one source, 66% of people surveyed either agreed or strongly agreed that it is very important to protect passwords. 51% of those surveyed admitted that it is difficult to manage passwords. 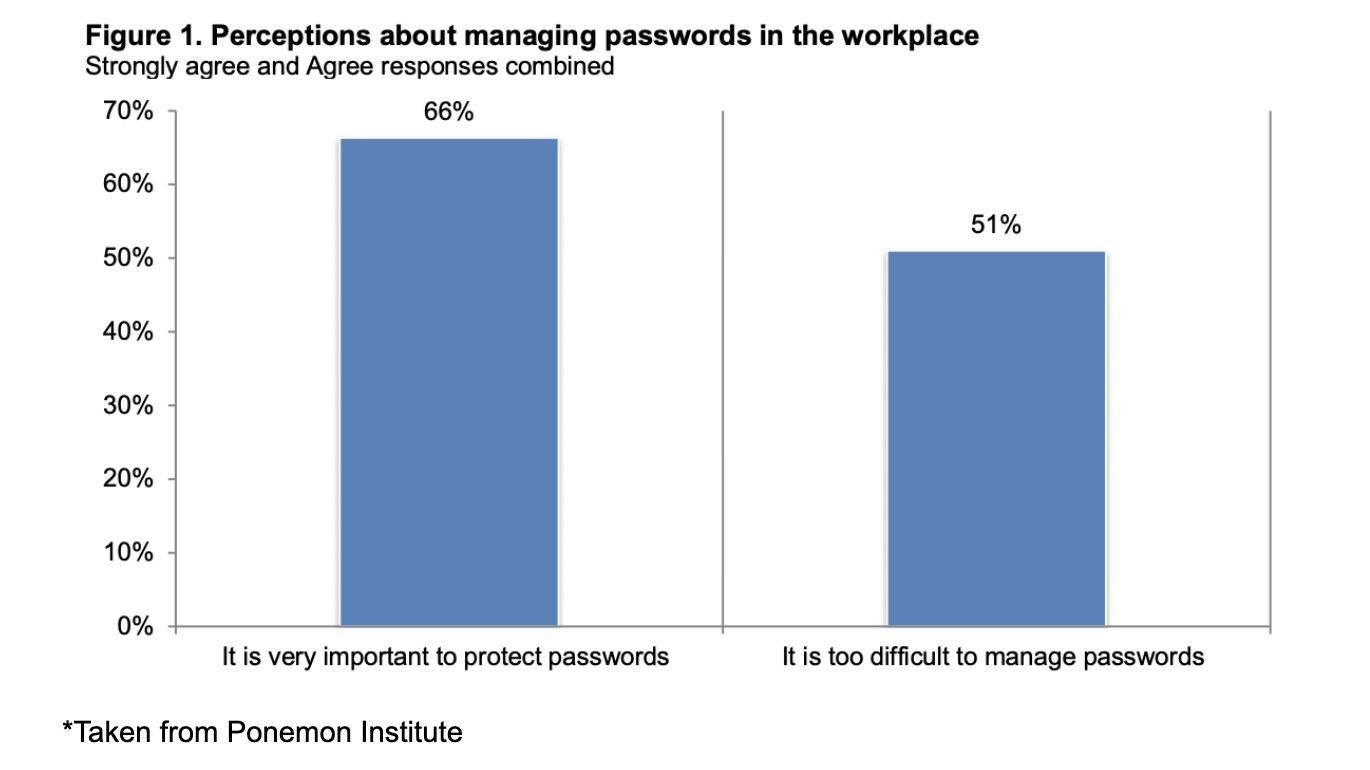 This space is not just about convenience though. Cost is a factor as well. One study looked at the time spent on entering and resetting passwords within corporate settings. It concluded that the average employee spends 12.6 minutes per day, or about 10.9 hours per year, on the clock entering or resetting passwords. Given their estimate of average hourly wages, the cost to an organization with 15,000 employees in the form of lost labor would be $5.2 million. To put this in contrast, even a price of $9.99 per month would cost that same organization just $1.80 million.

In its own filings, management asserts that this is a massive market. They claim that the US password manager market is about $30 billion in size. They also believe that the larger comprehensive identity management space in the US represents a $500 billion opportunity ($1 trillion globally). In our research, we could not identify numbers even close to these. The market opportunity appears to be significantly smaller.

Outside of the password management space is the larger identity and access management market. One source pegged this opportunity at about $11.52 billion in 2019. This space is forecasted to grow at a rate of 13.1% per annum through 2025. At that point, it will reach $24.12 billion in size. Another source estimates the market to have been worth $10 billion in 2018. By 2025, with a 10% annualized growth rate, the opportunity will exceed $20 billion. A third source puts the market at $23.04 billion in 2022, after experiencing an annualized growth rate of 16.7% since 2014. This is still an attractive space, but nowhere near the size that Persona suggests.

In its capital raise, the management team at Persona is interested in selling shares of the company. They are doing this at a price of $49.50 per share, subject to a minimum investment per participant of $247.50 (for 5 shares). The implied post-money valuation being sought is $5 million for the firm. This includes the $106,970 maximum the business is trying to raise from its crowdfund as part of its larger $480,000 raise. The minimum amount of capital management needs in order to close the deal is $24,996. Though this hurdle may not sound high, it may be Herculean for this firm. As of this writing, the company has only $746 committed to its cause.

At this time, there are three main members of the team that run Persona. At the helm is founder, CEO and CTO Matthew Kerle. Prior to starting Persona in 2015, he led engineering at a disaster response software startup. He was also employed by Weebly before the company was acquired by Square. Next in line is co-founder and COO Patrick Holler. Prior to joining Persona, he served as an Information Technology Manager at the University of North Texas at Dallas campus. Before that, he was an Information Technology Support Specialist for that same organization. Last, but not least, we have Colby Schaeffer, Persona’s third co-founder, and its CFO. Before joining the company in 2017, he was a Director at Navigant. His role before that was as a Vice President in the Actuary department of Aon.

After careful consideration, Persona has been rated an “Underweight” deal. The company does operate in a fast-growing space with plenty of individuals and companies alike that they can meet the needs of. This industry is far smaller than what management indicated, but even so, it’s an attractive market for the right movers. The firm’s pricing also appears to be in alignment with what its peers are doing. Having said all of this, there are multiple issues investors should consider.

For starters, the company’s weak operating history is a problem. Seeking a $5 million post-money valuation for a firm with almost no revenue is expensive, to say the least. Another problem is the competitive environment it’s in. It’s selling a low-priced product in a world where the big players have raised many millions of dollars. Though management is trying to paint the firm as being different, all of the players in the space are different in their own ways. At the end of the day, it just matters to customers what flavor of ‘different’ they want.

On top of all of this, one issue that may seem small but might be telling is how unpolished the company’s marketing materials are. Contradicting information ranging from average accounts per person to differences in capital raising objectives is not a good sign. The firm’s video is a silent play-through of its investor presentation (mistakenly labeled its business plan). And at least some of its information regarding its competitors is inaccurate or outdated. Peculiar and undetailed financials are also not great to see, but that’s what management has to offer. None of this is to say that Persona is or will be a bad opportunity, but it does stack the deck against the firm.