Airemos has been selected as a “Underweighted Deal” by KingsCrowd. This distinction is reserved for deals not selected into the top 10%-20% of our due diligence funnel. If you have questions regarding our deal diligence and selection methodology, please reach out to hello@kingscrowd.com.

One major draw at live events is temporary tents and other similar structures. They provide shelter, a sense of direction, and they act as a draw for consumers looking for particular goods or services. Just as important as these issues, though, is finding the right mix of convenience and cost. To address these needs, Founder and CEO Ryan Pirkle started Airemos. The company’s initial product was an inflatable tent, sold in three different sizes. Since then, the company has done well to diversify. Its latest technology, it believes, will set the stage for even more growth in the long run.

The demand for temporary tents and other structures at live events, theme parks, and other venues is undeniable. These structures, though, are generally constructed with steel or plastic poles. This leaves them inflexible, heavy, and makes them a pain to put up and take down.

To address these shortcomings, Ryan Pirkle founded Airemos. The company’s initial product, the Endeavor Tent, serves as an inflatable framed structure, offering the right kind of ease, weight, and stability to serve the event tent space. This product hooks up to a device that pumps air into it, and, in seconds, the end-user has a tent featuring a logo or design. According to management, the tents can deal with sustained winds of 25mph, with gusts of up to 40mph.

Since its inception, the company has been working on other iterations of its product. Today, the company sells three different sizes of its Endeavor Tent, plus accessories that go along with it. These include link systems and LED frame lights. The company also sells what it calls its the Tailgate Series, which are small sports-branded tents, for $499 a piece. Airemos also sells inflatable framed arches. Future products include inflatable framed chairs, tables, and banners.

To take the company to the next step in its growth phase, management is working on a new technology called RIFTech. In short, the company will allow special links to be hooked onto connecting pieces. These, in turn, will allow users to custom-build their structures. Examples provided include a soccer goal, bicycle racks, stair railing, and more. The firm’s current capital raise is aimed at providing the machinery and equipment (as well as to maintain core business operations) for the company to mass-produce this new generation of products. 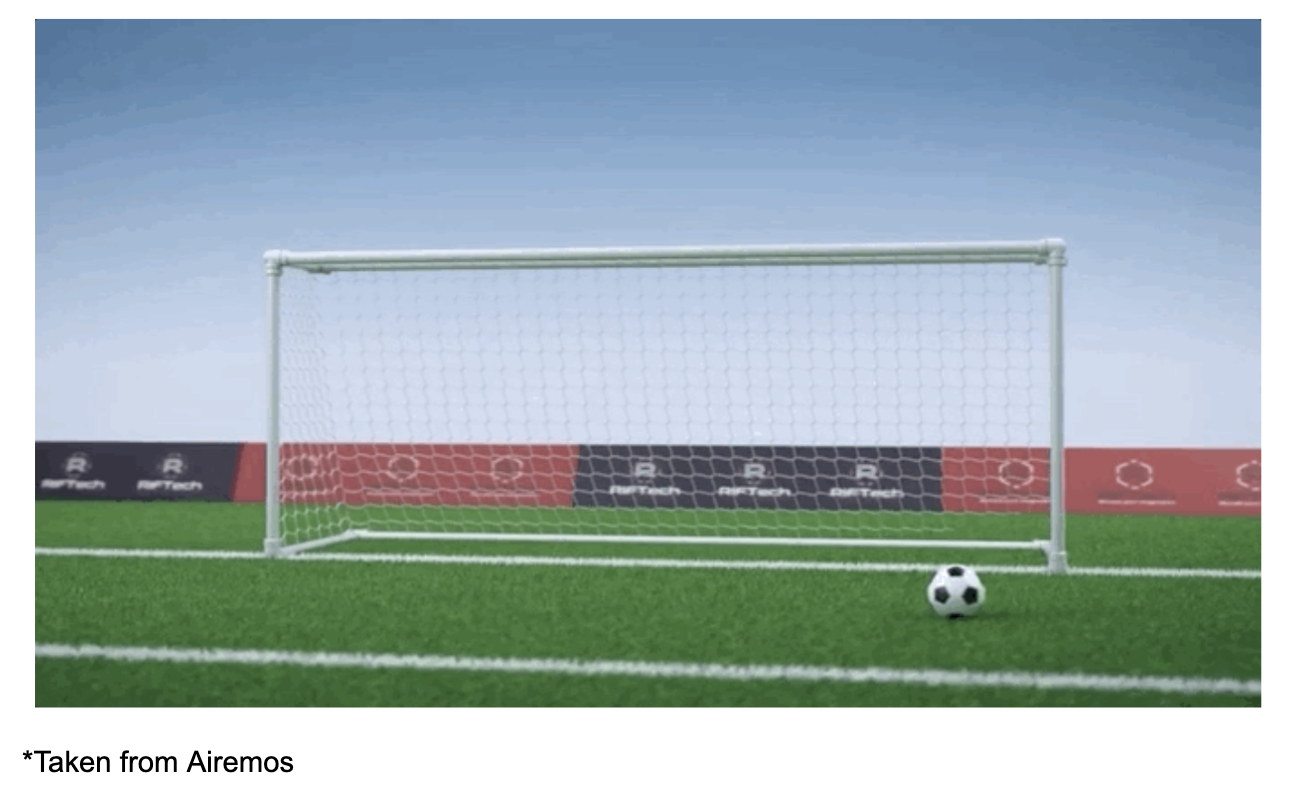 In the few years the company has been in business, it has attracted some high-profile customers. These include Disney, Samsung, and ESPN. The firm has four utility patents pending and plans to file for more down the road, likely for its modular framing RIFTech system. In all, the company envisions having 10 to 12 business lines in the future. The goal is to cater to spaces like golf, retail activation, resorts, amusement parks, and cruise ships. 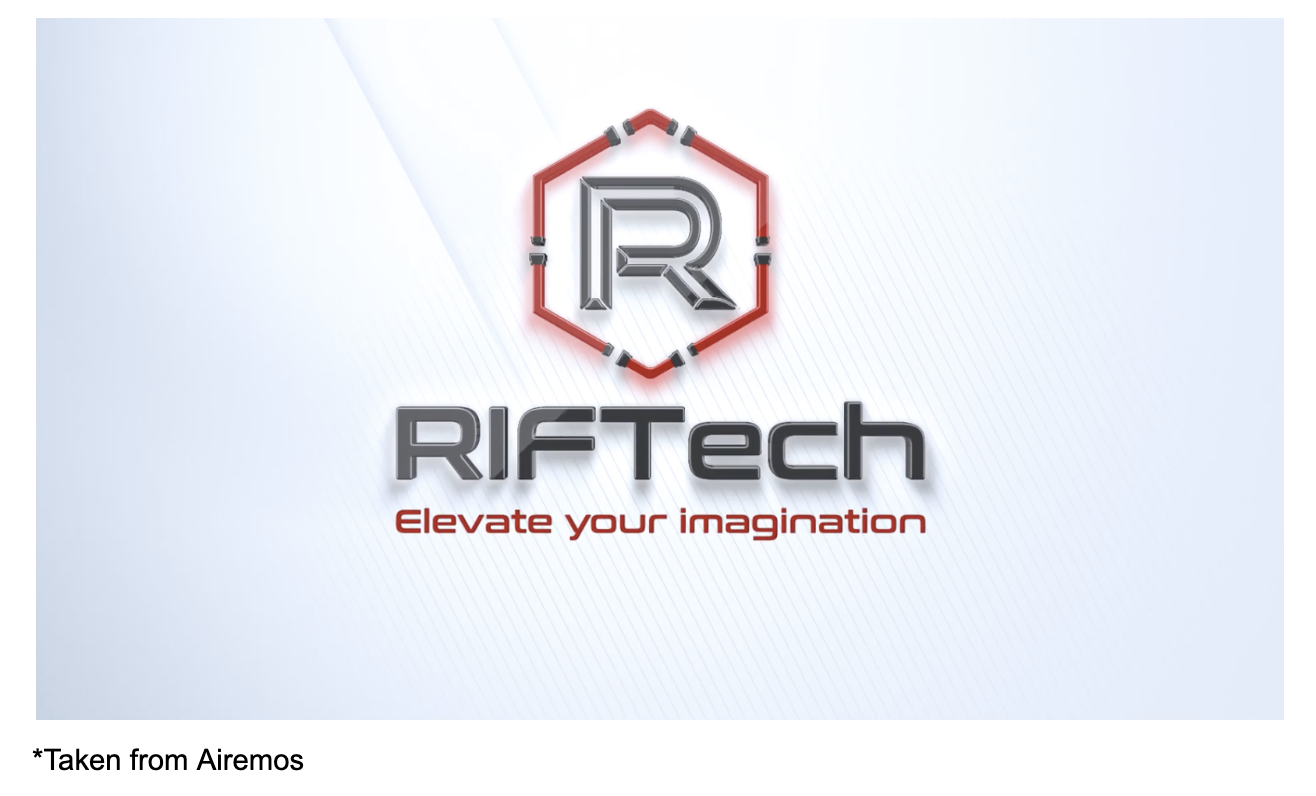 All of this sounds great, but there are some issues to keep in mind. While the company has done well to establish itself, its recent sales figures have been disappointing. In the last fiscal year ending in September of 2019, revenue came in at $300,244. This represented a decline of 15.5% compared to the $355,493 generated one year earlier. Over the same one-year period, its net loss expanded from $3,173 to $33,330, and its operating cash flows fell from a net inflow of $11,510 to a net outflow of $57,380. One positive about the situation is that its debt is not extremely concerning. In all, the gross debt stands at $56,717. This is inclusive of $6,656 of high-interest credit card debt.

By its own admission, Airemos operates in what’s called the event tent industry. This space on its own is so small that reliable data as to its size doesn’t seem to exist. If it does, it’s so niche and small that research is a challenge. The best proxy for this market, then, might be the broader tent, awning, and canvas manufacturing market. This includes Airemos’ own products, as well as competitors, but it includes other products as well. Examples would be camping tents, residential awnings, and more. In all likelihood, the event tent market probably represents a small sliver of this broader space.

Based on what little data is available, the tent, awning, and canvas manufacturing market stood at about $3 billion in size in 2018. Growth over the prior few years had been impressive, averaging 4.9% on an annualized basis from 2013. From 2017 to 2018, growth had slowed, totaling during that period, just 3.4%. This space is likely cyclical, so investors should expect good periods and bad periods. These will likely follow broader market cycles. Absent any economic downturn, growth that is similar to what it was in the past few years is realistically possible. If so, this would imply a market size in 2025 of around $4.2 billion.

In its capital raise, Airemos is selling common shares to its participants for $1.50 apiece. The minimum investment in all comes out to $249, or 166 shares. As of this writing, the company has $41,565 committed to its raise. This is more than enough to cover the $10,000 minimum it’s looking for to close, but it’s far from the $1.07 million maximum the firm is seeking. The pre-money valuation assigned by management stands at $7.5 million. If the business were seeing strong sales growth and moving toward profitability and positive cash flows, this would be a very lofty ask. With sales falling and its bottom lines worsening, this price is high. Management may believe that its new RIFTech offering will propel sales higher. That may be true. However, it’s a gamble that investors have to deal with. A better option for the firm might have been a capped SAFE or convertible note.

At the core of Airemos is Founder and CEO Ryan Pirkle. Before founding the company more than six years ago, he worked as a Pre-Construction Estimator at Brasfield and Gorrie, LLC. Prior to that, he was a Planning/Scheduling Department Lead at the Fluor Government Group, a piece of the larger Fluor Corporation. Aiding Ryan is his mother, Starr Pirkle. She works as the company’s Office and Business Manager, and his pet, Murphy Dogg, whose role is listed as Moral Support.

Airemos has an interesting concept, and the company has done well to establish itself and capture key clients in the process. The fact that the company nearly broke even in 2018 was encouraging, as was its positive operating cash flow for the year. Plans to continue to grow the business through innovative offerings and related accessories make a lot of sense. If all goes according to plan, the business could very well find itself in a stronger position in a few years. That said, there are some issues investors need to be aware of.

The first relates to 2019’s financial performance. In the startup world, companies are given hefty valuations because of the growth they receive. The idea is that strong growth will eventually lead to profits and positive cash flows. To see an early-stage startup report worsening financials year-over-year is not confidence-inspiring. This, on its own, with new products in the pipeline, may not be so hard to digest if it weren’t for the company’s valuation. A pre-money valuation of $7.5 million is incredibly high. A more appropriate figure would certainly be no more than half that. Possibly even less. These issues, combined with the small niche space the company operates in, has led to our team rating the company an “Underweight” prospect.