The Delsure Health Insurance team has been selected as an “Underweighted Deal” by KingsCrowd. If you have questions regarding our deal diligence and selection methodology, please reach out to hello@kingscrowd.com.

Healthcare is one of, if not the, biggest expense experienced by Americans today. According to the OECD total healthcare spending in the US came out to $10,586 per capita in 2018. This translates to total annual healthcare costs of $3.43 trillion. America’s healthcare costs are high not only on an absolute but also on a relative basis, with the US spending far more per citizen than any other developed nation. With so many in the political sphere clamoring for a government-based solution to onerous healthcare costs, could it be that a market-based solution is the answer? One company looking to do just that is Delsure Health Insurance.

Each year, the average American spends approximately $5,000 on health coverage. Adding insult to injury, The Federal Government spends far more. The average premium per person in the US is $7,188, and employer costs average $20,576 per person.

But it doesn’t stop there. In addition to health insurance premiums, individuals still spend an average of $6,015 per year in out-of-pocket costs (a tough pill to swallow when the average American makes just over $45,000 per year.) This brings us to a major issue facing Americans: health insurance is not just about the premiums paid every year. Many insured individuals have to pay premiums, but they also have to pay co-pays, co-insurance, deductibles, and more. This creates waste by necessitating administrative procedures to process payments and handle billing. Delsure’s vision is to cut costs for its insurance clients, streamline payments, and reduce this waste by adopting a simple one-payment regime.

Health insurance is complex, but if you ask Delsure’s founders it doesn’t need to be. Over the years, the for-profit motive associated with the industry has created a complex, costly mess. Their goal is to offer individuals plans at an average of $700 per month. The only variable that will affect the price is age. Basic healthcare economics dictates that the elderly will pay more on average, while the young will pay less. Unfortunately, when conducting this review, we could find no mention of this key point in the company’s plans.

In exchange for the flat fee every month, Delsure will provide insurance with no out-of-pocket expenses. It’s a revolutionary concept. Made all the more stunning by the fact that the company also plans on keeping its network open. This means that its clients can go anywhere that will accept them. On the operational side, management intends to keep only liquid assets. The reason here is so that they can quickly access and distribute capital when billing needs arise. While this is a good idea conceptually, liquid assets generally bring in lower returns than less-liquid ones. This means that the company, in an industry that heavily relies on float returns to generate a profit, may be hindering itself from benefiting from what is traditionally the profit-center for the broad insurance industry.

To accomplish its laudable goal, Delsure intends to launch an automated payment and data collection system. This will allow it to pay out claims to medical providers instantly. It will also permit the company to gather data that will be useful in evaluating actuarial assumptions. The hope, management claims, is that making the payment process as simple as possible and avoiding out-of-pocket costs will help reduce administrative costs by as much as 20%.

At the time of this writing, Delsure is still an early-stage enterprise, even by startup standards. In both 2017 and 2018, the company generated nothing in the way of revenue. It did manage to generate interest income in 2018 of $3,890, but that’s insignificant. Net income for 2018 totaled -$252,516 while operating cash flows were -$240,655. For 2017, these figures were -$80,060 and -$91,173, respectively. Unfortunately, financial results have not been provided for the firm’s 2019 fiscal year. We do know, however, that as of November of 2019 the firm was still working to get approval to operate through the Delaware Department of Insurance. This likely means that it generated no revenue last year.

Delsure is Attempting to Disrupt a Very Entrenched Industry

There are very few industries in the US that are larger than healthcare. Measured at about $3.43 trillion in 2018, the healthcare space accounted for 16.4% of the nation’s GDP for the year. A large chunk of this is paid for by tax dollars through the federal government in the form of Medicare, Medicaid, and other programs. About 64% of insured individuals though are still on the private side. This means they rely on employer health plans or privately-purchased ones. 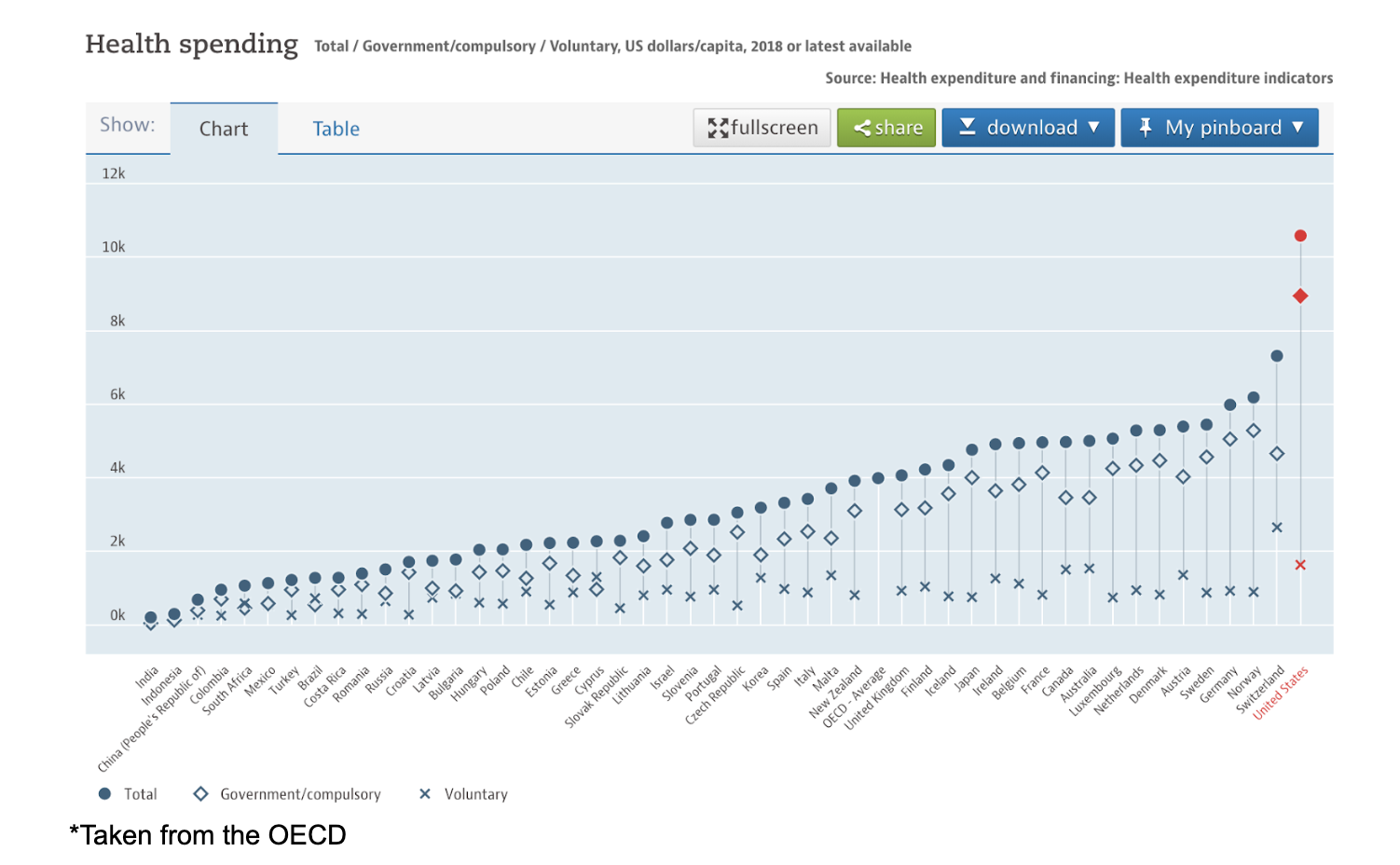 In all, there are about 30 million Americans who rely on direct-purchase private health plans. This compares to 158.9 million who fall under employer plans. Another 29.5 million people are currently uninsured. Countless millions more who are insured through private plans are underinsured. Altogether, if Delsure is intent on focusing on private plans, the company’s target market is around 60 million. 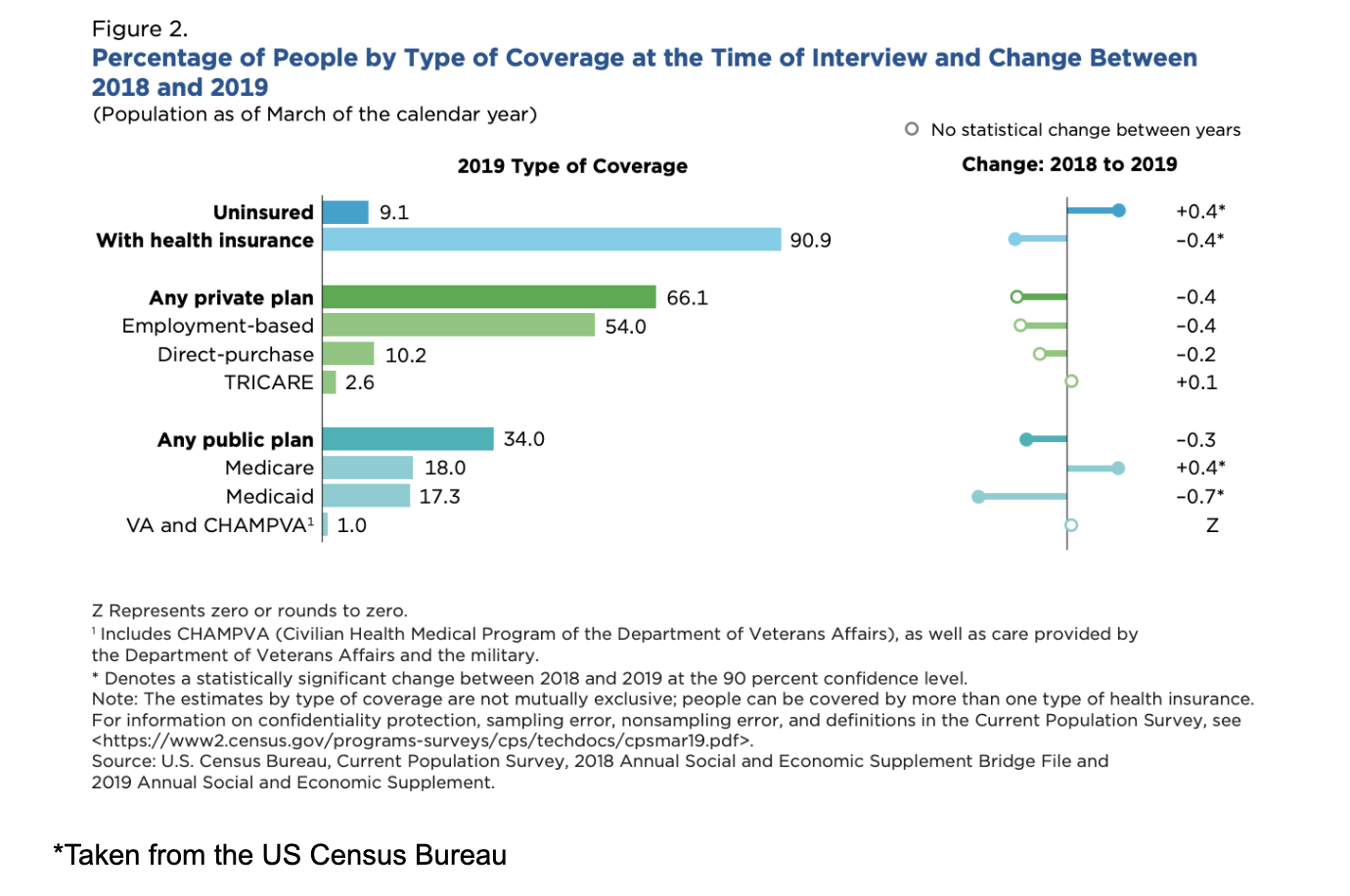 According to an estimate Delsure provided, the average American spent around $475 per month on premiums. Using a different source, we calculated around $420 per month, while another source provided an estimate of $440 per month. This is a tight enough range that it seems reasonable to assume it’s more or less accurate. One of the three sources also pegs family insurance premiums at around $1,168 per month on average. These are not the only costs associated with healthcare though. 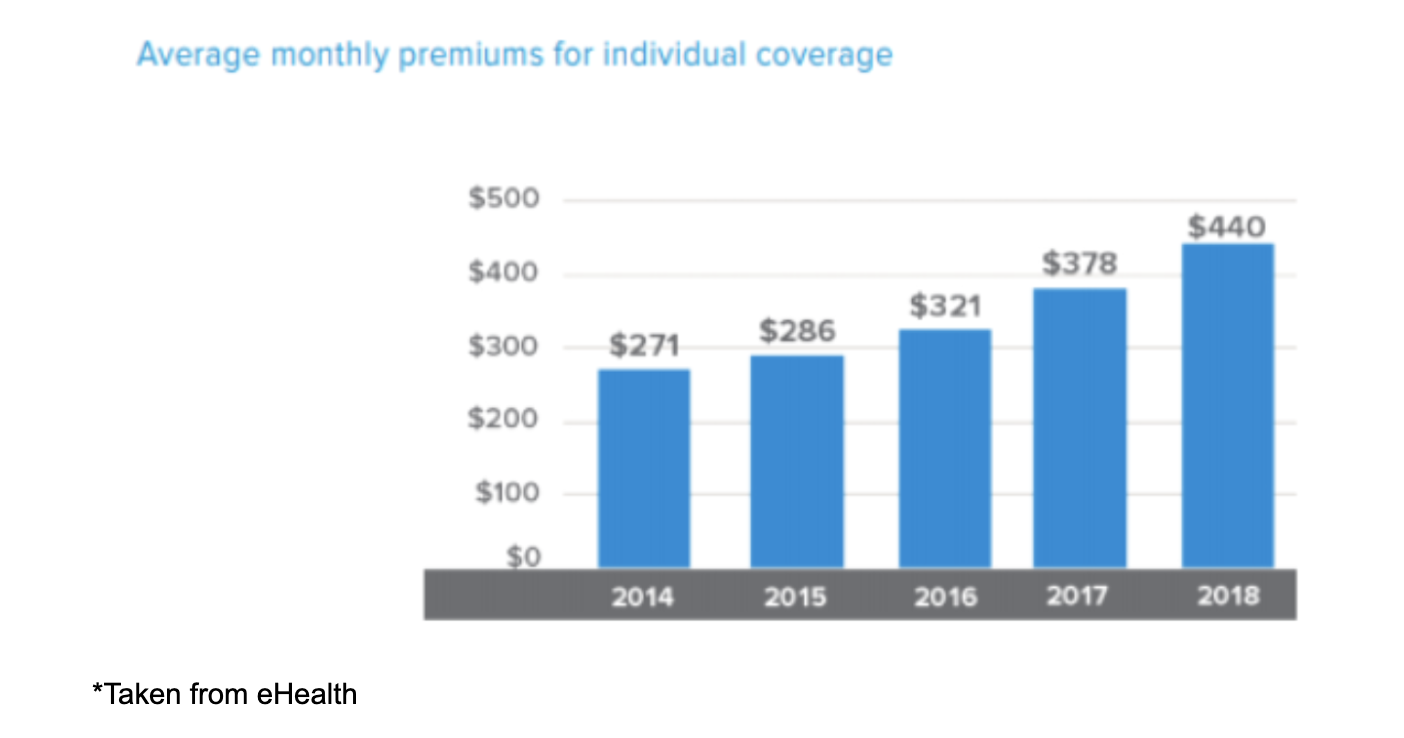 The biggest additional cost that people have to contend with are deductibles. For individual plans, these are pegged at around $4,578 per year. That boils down to around $381.50 per month. For family plans, this increases to $8,803 per year. That implies a per-month payment of $733.58. 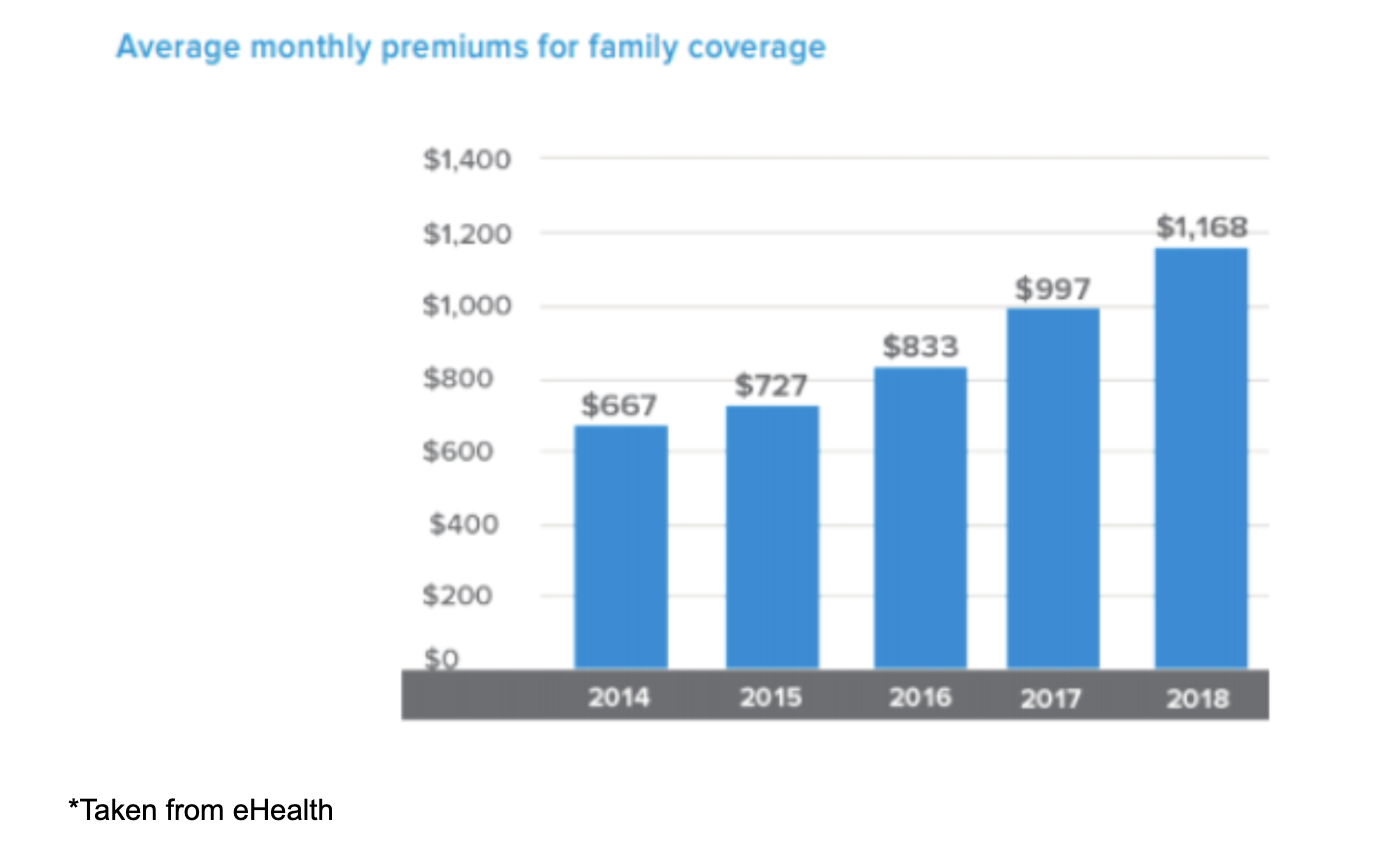 Delsure’s plan to eliminate deductibles and other out-of-pocket costs is interesting, to say the least. And at first glance, it appears to make sense. Here is, however, another side to the coin. Insurance companies do not charge deductibles, co-pays, and co-insurance just to nickel and dime customers to death. They do this to control consumer behavior and incentivize consumers to only seek care when necessary. It’s not hard to imagine going to the doctor more frequently than you otherwise would if it didn’t cost more money than you’re already paying. Eliminating deductibles would encourage overconsumption of health insurance – not good for a health insurance company. 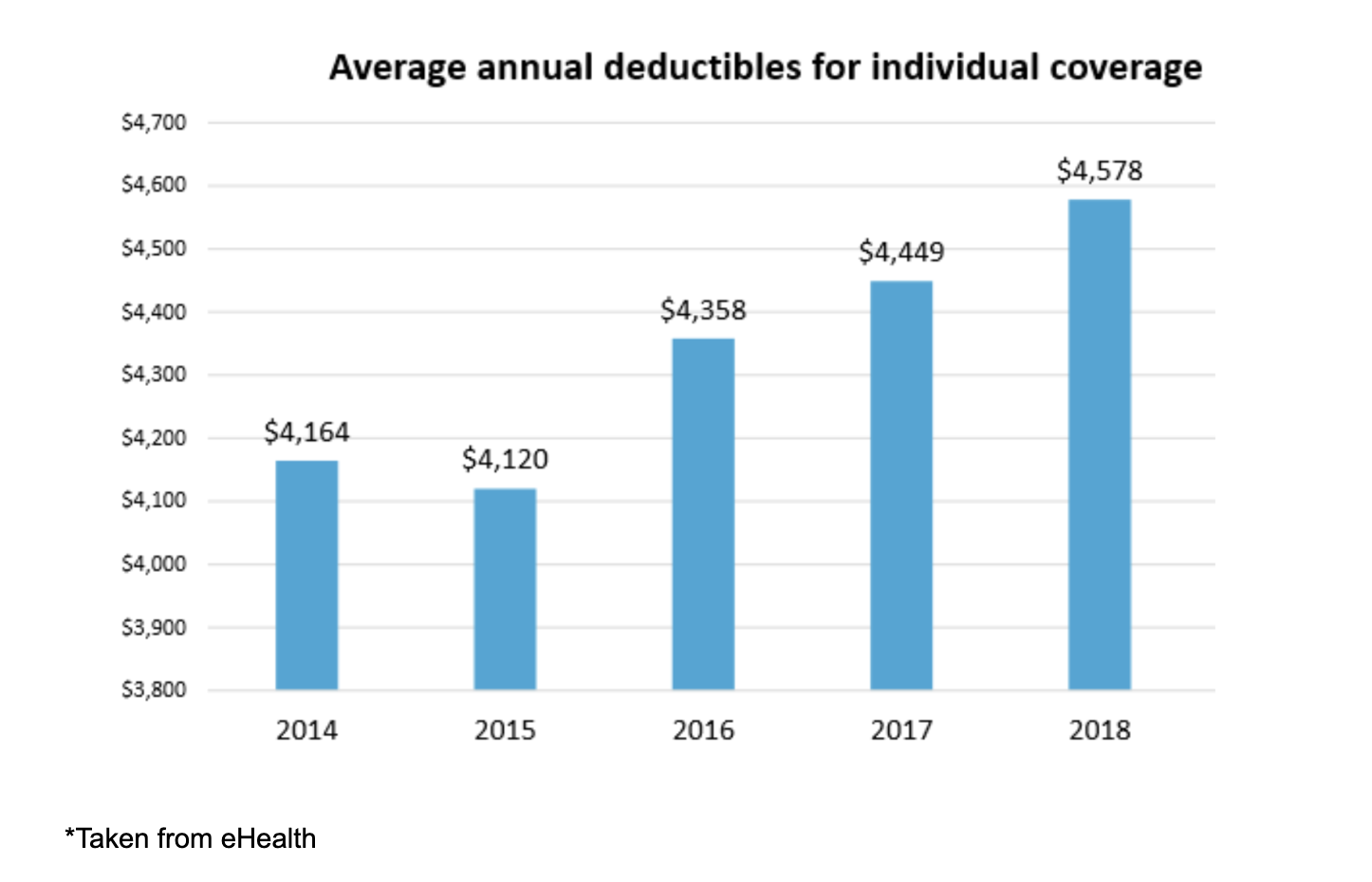 All this means that Delsure’s plan may lead to a drop in administrative costs. But eventually, actual payouts for care by Delsure would be higher for the same client under a ‘normal’ health insurance plan. The big question is whether that would be enough to offset the savings associated with lower administrative expenses as Delsure is planning.

If your head is spinning right now, you’re not alone. But the bottom line is this: Without a much better understanding of management’s premium schedule and without sample data to reference, figuring out whether and to what degree Delsure’s pricing scheme might save consumers money is purely speculative. 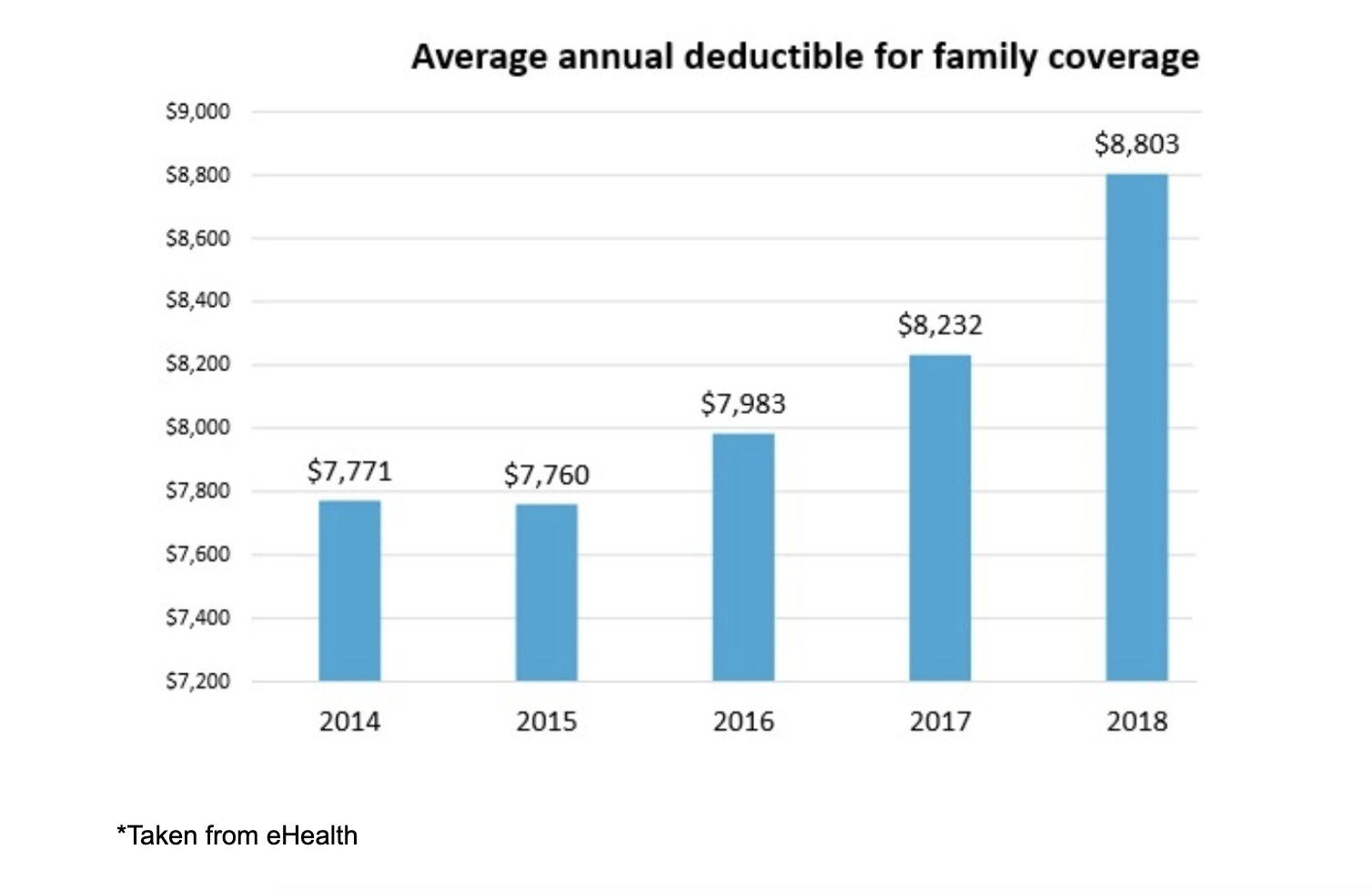 An investment in Delsure is a straightforward process. At this time, the company is looking to raise between $99,990 and $1.07 million. It is doing this by issuing shares of preferred stock, subject to a minimum investment per participant of $100. The pre-money valuation for the firm stands at just $2.97 million. But management is offering discounted terms for the earliest investors. For the first $300,000 in capital committed, it is selling stock subject to a pre-money valuation of $2.55 million. As of this writing, the company has only $6,660 committed to its raise.

There are three individuals at the helm of Delsure. The first is Abbas Bayat, the company’s founder, and CEO. His resume is rather opaque on LinkedIn. It shows no prior work experience. But he does include in his company’s filings the following: “Experienced executive with 3 university degrees. Raised funds multiple times and generated substantial returns. Previously president of a $500 million division of a Fortune 100 public company.” Abbas graduated from Teachers College at Columbia University in 1975 as a Doctor of Education. His focus there was on Organizational Development. Next at the firm is Dr. Alidad Arabshahi. He serves as the company’s Chief Medical Officer. He is not listed on the company’s list of employees for LinkedIn, but he is listed currently as the co-founder of Avosina Medical Technologies. Next is co-founder and board member Amir Alemzadeh. He currently serves as the co-founder and co-President of a primary care clinic in Virginia.

After careful consideration, we here at KingsCrowd have assigned Delsure the rating of “Underweight”. The company’s premise is interesting. In addition, its valuation is low, even for a firm with no revenue. And if management can succeed in its mission, the upside for shareholders is bound to be significant. Unfortunately, at this time, there are just too many questions for comfort.

First and foremost is the pricing. Management’s premium-pricing goal of $700 makes sense, but it’s still higher than what the average American pays for premiums. Getting Americans to see the value of paying more today for something that may not occur might be a challenge. And even if the company succeeds, it’s likely to attract more ill patients as a result. We also don’t know the range of pricing the firm will likely employ, so it’s hard to tell the upper and lower boundaries of cost for consumers. If more details on this front are published, we could consider a revision to the rating, but there are other issues to worry about too.

Another problem is what we’ve decided to call the ”Network issue.” Allowing their insurance product to be used both in-and-out of the network is a dangerous gamble. At least to start, we believe sticking with a particular network is more logical. It gives the company greater visibility on pricing before they incur a bill. The reason for this is that medical costs can vary significantly by provider and just opening the door on this from day one creates a lot of uncertainty. Another issue relates to the regulatory environment of healthcare. The US is the only high-income nation in the world without universal coverage. It’s possible that at some point in the future it will join the other high-income nations in offering it. This creates a high degree of risk for any and all players in the health insurance space.

Last but not least is the issue of administrative costs vs. consumer behavior. Will the decrease in administrative costs at least offset higher healthcare utilization and expenses for the firm? There is a reason why health insurance firms demand out-of-pocket costs. If covering all costs with just a higher premium made sense, you would think many of the businesses in the industry would revert back to that method. All of these issues, in our minds, more than offset the upside prospects associated with investing in Delsure’s current funding round.